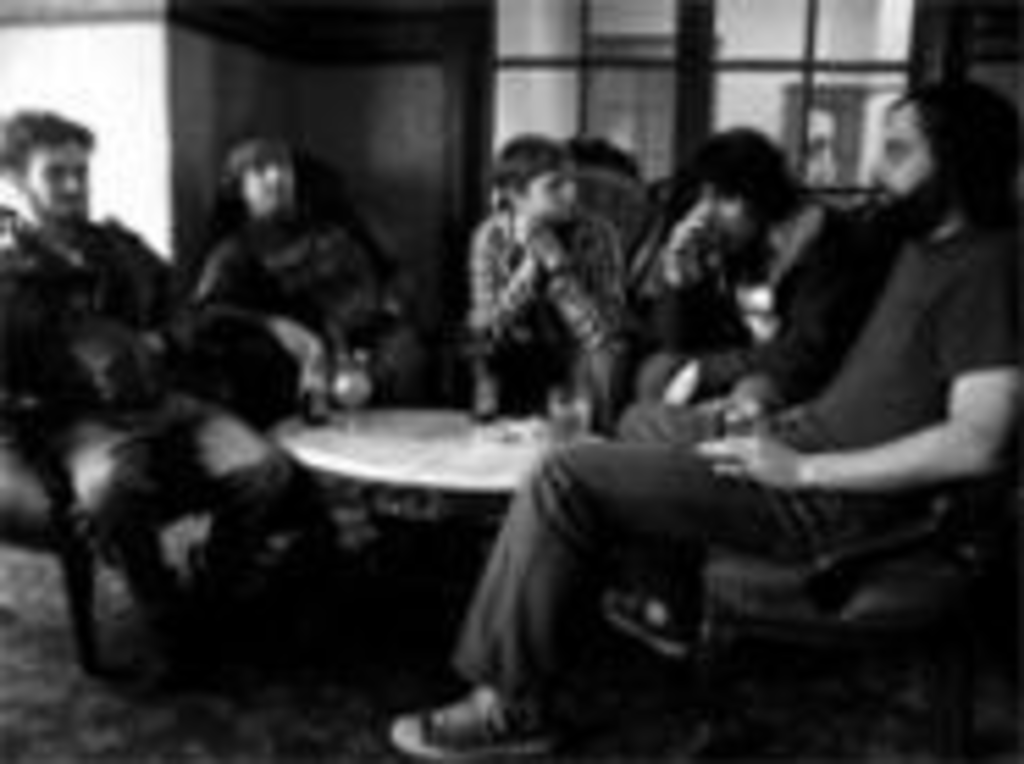 2005 was big for the Appleseed Cast. Despite having members venture off occasionally to play with the likes of Chin Up Chin Up, Coalesce and Old Canes, the Cast not only ticked off an eight-week West Coast tour with Minus Story but also signed with Militia Group and managed to record an album before the year was out. Slated for release in March, the band’s sixth release will feature the talents of producer John Congleton (also of the Paper Chase), bringing together once again the sprawling, intricate work of Aaron Pillar on guitar, Mark Young on bass, Christopher Crisci on guitar and vocals, and newcomer Nathan “Jr” Richardson (formerly of the Casket Lottery) on drums. The Cast’s upcoming Lawrence show precedes a lengthier upcoming tour to promote the album. With all that this Lawrence bastion is up to, catching its lush, alternately ambient and driving sound in a local venue is becoming more and more of a rare treat. Wear your TAC T-shirt to the show. Be that guy.