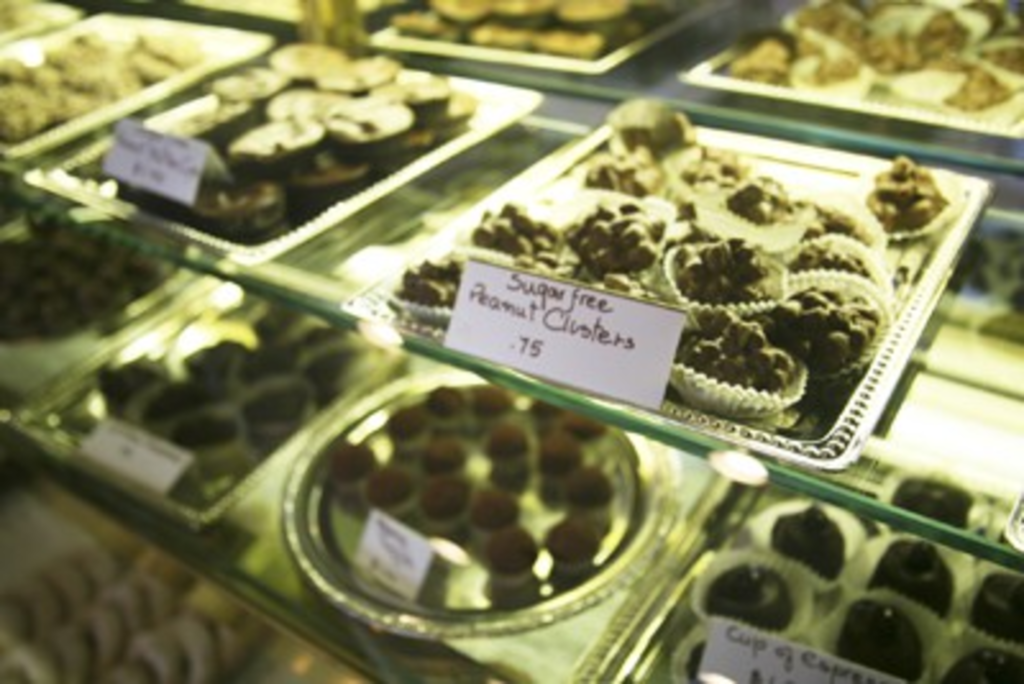 When times are tough, fresh new ideas need to rise — like good yeasty dough. It was during the chilly early days of the Great Depression when an executive at Continental Bakeries thought of a way to put the baking pans, typically used for the company’s summertime confection of shortbread fingers, back into business. Continental’s shrewd exec, Charles Dewar, realized that he could use those pans to bake a spongy little cake filled with a dollop of whipped cream, and they could be packaged and sold two for a nickel. The Twinkie turned out to be America’s most iconic snack cake.

Over the last few increasingly difficult months, several popular bakery-bistro operations have gone out of business, including the Artisan Francais Bakery in Overland Park and the Pastry Goddess venues in Briarcliff and Independence. This was bittersweet news to the loyal customers who loved the buttery croissants, flaky pastries and sandwiches served at the little café tables in these places.

But before you fall into a great depression of your own, here’s some encouraging news. Pastry chef James Holmes has reopened Napoleon Bakery in Westport, and Ellen Hume has turned a little storefront in Kansas City, Kansas, into a charming European-style lunch spot and bake shop that she named Jay WaLe’s Bakery-Bistro.

I’m particularly enamored of Hume’s pretty little place, which is next door to one of my favorite diners, the Skillet Licker Café — though it’s a universe apart from the Skillet Licker in style and spirit. Hume, born in Brazil and raised in many different places (she spent several years in Israel), named her four-month-old bistro after daughter Jacy, son Wagner and grandson Leonardo: Jay WaLe, get it?

It’s the kind of intimate, family-run operation that one rarely sees anymore. Hume bustles around back in the surprisingly large kitchen but occasionally wipes her hands on her apron and comes out to chat with her customers. Gloria Zavala, the waitress-manager and resident maternal spirit, oversees a half-dozen fabric-draped tables and the shiny refrigerated pastry cases stocked with handmade candies, cream puffs, toffees and truffles; beautifully iced layer cakes; and cheesecakes.

Hume’s dashingly handsome son, Wagner, a former soldier in the Israeli army, also lends a hand when he’s not making deliveries — Hume does a brisk business in box lunches.

The first time I visited, it was a Sunday morning. Bob and Truman and I were on our way to make a long-awaited visit to the nearby Strawberry Hill Museum and Cultural Center (an amazing place, by the way). Truman, who rarely ventures to this other Kansas City, was thrilled with all the things on the breakfast menu. Hume offers breakfast only on Sundays, and the menu changes from week to week; that morning, she was serving a spinach-artichoke frittata, apple-cinnamon pancakes, smoked salmon eggs Benedict, and gravy over Cheddar biscuits.

And an overstuffed Tex-Mex breakfast burrito, with eggs and chorizo, which Truman gushed over. “It’s fabulous!” he announced to Gloria. “But can you bring me a couple of those little fruit pastries from that case over there? I need a little sugar with my savory burrito, don’t you know.”

Bob rolled his eyes and focused on his own breakfast, a decadent tower of toasted English muffin, poached eggs, supple slices of pink smoked salmon and creamy hollandaise. I had wavered over ordering the biscuits and gravy but finally opted for the delicious frittata. Luckily for me, the Italian-style omelet was sided with one puffy little cheesy biscuit splashed with a spoonful of cream gravy.

“It’s a really upscale atmosphere,” Truman whispered. “Who would have guessed you could find a patisserie near Strawberry Hill?”

A few days later, Truman phoned to say he was taking one of our snobbier friends, Caroline, to lunch at Jay WaLe’s and he needed a little help. “I’ll never be able to find it on my own,” he wailed. “If I drive, we’ll wind up in Topeka! You’ll have to drive us there.”

The bakery is actually easy to find, but Truman’s sense of direction is notoriously bad. So I chauffeured the two on the promise that I’d get lunch out of the deal. And what a lunch it was! The daily menu offers mostly sandwiches and salads, but Hume prepares one daily special, typically a pasta dish. That afternoon’s creation was penne pasta tossed in a sauce of sun-dried tomatoes, fresh basil and garlic with slices of a chicken-apple-and-Gouda sausage. Fabulous!

After lustily spooning up bowls of a delicately seasoned, curried chicken soup, Truman and Caroline ate beautiful sandwiches: smoked salmon and Swiss cheese for him, a plump stack of meaty portabello mushroom, roasted peppers and fresh mozzarella on ciabatta for her. In fact, Caroline only finished half her sandwich so that she could eat a chocolate hazelnut tart (as lovely as a Fabergé trinket box) for dessert.

“This place is one of the great undiscovered treasures,” she announced with great authority. “Don’t tell anyone about it!”

Too late for that!

I have more complicated feelings when it comes to telling people about the newly revived Napoleon Bakery, which pastry chef James Holmes has been operating for several months. The 46-year-old Holmes — who was barely out of his teens when he began apprenticing in the Westin Crown Center Hotel’s pastry kitchen — is an extremely talented culinary artist, and the pastries I’ve tasted at the new Napoleon Bakery have been delicious.

But Holmes is still shaky when it’s time for lunch — even though his staff includes Tony Nguyen, a cook from the old Napoleon (opened and run for years by the Schanzer family). Yes, there are still lunch specials that include a side dish — a tiny pasta salad, fruit salad or chips — and a sweet, but the latter is now a cookie instead of a pastry. And it’s not the most sensational cookie.

Holmes is extremely affable and deserves to succeed in this location, but there are issues. The business phone is rarely answered, the pretty girl taking orders behind the register is a little dizzy, and the sandwiches — one of the great attractions of the original Napoleon — are hit-and-miss, with an emphasis, alas, on the miss.

The featured sandwich one day was the inimitably French jambon-and-fromage creation croque monsieur, which is traditionally dipped in beaten egg and sautéed in butter. The Napoleon version bore no resemblance to any croque monsieur I’ve ever seen. Instead, it was a basic ham-and-cheese panini and not even a good one. I was lunching that day with a restaurateur who had been born and raised in France. He not only looked aghast at my sandwich but also complained bitterly about his own, a Reuben panini that was stingy on all the ingredients.

When I returned a week later with my friend Mimi, the mademoiselle behind the counter seemed puzzled when Mimi asked that her luncheon quiche be served warm. (“I suppose I could put it in the microwave,” Miss Dizzy said.) My sandwich, the “Tony’s Barbecue,” was a strange combination of corned beef, turkey, cheese, lettuce, tomato and Gates’ barbecue sauce, crammed together on an exquisite roll. I liked it, but I would never order one again — a mere dash of Gates’ sauce does not a barbecue sandwich make.

But I will go back to the bakery. Holmes has talent and a hell of a lot of potential. His pastries are first-rate, and the breads are wonderful. In fact, I’ve heard that Briarcliff’s landlords have been courting him to fill the old Pastry Goddess location there. But I think Holmes ought to stay right where he is and focus on what goes between the bread. I’d hate to see the man who now runs Napoleon suffer his own Waterloo.