The Americans returns, Bob Odenkirk better call Hallmark, Logan rips you up, and we get a Kodak moment with the Bride 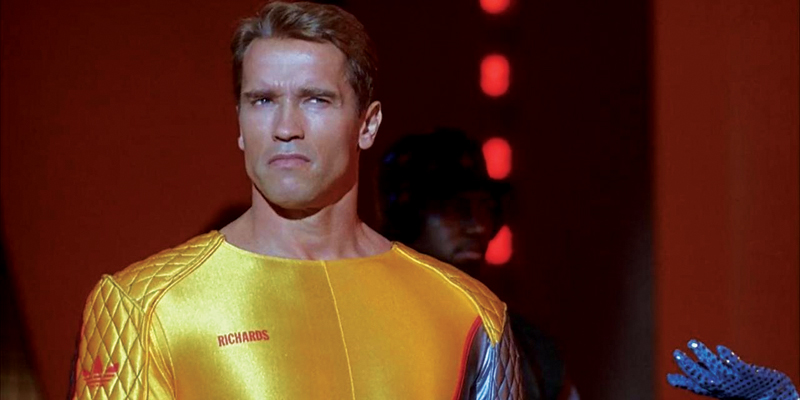 Bob Odenkirk (Better Call Saul) headlines the new Netflix original movie Girlfriend’s Day, a noirish comedy in the mold of The Big Lebowski, but way less high-strung and not nearly as funny.

Odenkirk, who co-wrote the script, plays a laid-off greeting card writer who’s been in a creative rut since his wife left him. Through a series of events that make even less sense than Lebowski, he becomes the target of all kinds of local crazies looking for a big score by getting one last truly moving piece of sentiment out of him. Director Michael Stephenson (Best Worst Movie) shoots everything in a color-drained palette that fits the story — a minor-key mystery about a sad sack looking for a glimmer of hope.

The best X-Men movie in 14 years is more a character piece than any previous film in the franchise and it nails the core of what makes Hugh Jackman’s reluctant anti-hero so appealing. Logan opens today in theaters, and although its R rating was made possible by the success of Deadpool, its tone is entirely different. Set in a paranoid near-future that seems more likely since November, it’s a dark and violent drama that’s part Children of Men, part Midnight Special, and part Mad Max: Fury Road. This is the one that fans of Wolverine have been hoping for since X2.

Since the newest campy drama from Ryan Murphy (American Horror Story, Glee) doesn’t actually air until tomorrow night, consider this a DVR alert. Feud: Bette and Joan chronicles the catty rivalry between Hollywood legends Bette Davis and Joan Crawford and sees them played by two legends in their own right, Susan Sarandon and Jessica Lange. There’s more than enough rumors and half-substantiated stories to fill up this eight-episode limited series, which concentrates on the Grande Dame Guignol Whatever Happened To Baby Jane? years, and you can bet Murphy and company will exploit them all and then some. Set your DVR to record it tomorrow night on FX.

Today, Kodak is co-sponsoring the inaugural Reel Film Day, a new event that celebrates the richness and beauty of real film (35mm and 70mm) shown through analog projectors. Twenty-eight movie theaters throughout the country will, as Kodak president Steven Bellamy said, “blast light through dozens of layers of color dye clouds and emulsion, 24 times a second.” In Kansas City, courtesy the Alamo Drafthouse, we’re getting quite the doozy — a Kill Bill double feature, starting at 2 p.m. Experience the ultimate revenge flick and watch the Bride (Uma Thurman) slice her way through the gamut of colorful Tarantino weirdos who populate Vol. 1 and 2 for just $15.

The first Monday of every month at the Screenland Armour is Slaughter Movie House night — a free screening of independent horror films and a great place to meet and network with like-minded local horror nuts. Hosted by local filmmakers Jill Sixx Gevargizian and Scary Gary Cooper, tonight’s selection is Bad Blood: The Movie, a 2016 creature feature throwback that’s been making the festival rounds. The movie, from first-time director Tim Reis, utilizes the classic werewolf myth but reportedly puts an amphibian spin on it. You can probably count on a lot of squishy wetness, because this throwback also relies heavy on practical VFX over CGI. More info at screenland.com/smh.

It took the Emmys four long years to catch up, but one of the edgiest and most compelling shows on TV, The Americans, finally garnered nominations in 2016 for Best Drama, as well as its lead actors Matthew Rhys and Keri Russell, who play married Soviet spies raising their kids in 1980s America. It went zero for three in these categories, of course, but fans like me can rejoice that the season five premiere is tonight on FX! (The show will likely gain even more resonance this year as the third Cold War heats up in real life.) Newbies can stream the last four seasons on Amazon Prime now, and then catch up on this new one in its entirety when it concludes in 13 weeks.

Speaking of real-life resonance, who would have thought in 1987 when the ridiculously fun Arnold Schwarzenegger B-movie The Running Man was released that it would be downright goddamn prescient 30 years later? This hilariously uneven Stephen King adaptation actually takes place in 2017, when an increasingly authoritarian government has sealed off its borders, limited its citizens’ freedoms, and incited regular riots and protest. The government’s solution is to distract people with a televised reality show, hosted by a cheesy fame-whore (Richard Dawson, the cheesy fame-whore of the old Family Feud), on which professional wrestling–like characters fight enemies of the state to the death on American Gladiator–style playing fields. Like its suddenly topical counterpart Idiocracy, The Running Man (streaming now on Amazon Prime) may leave you crying as much as laughing. Let’s hope its prophetic similarities end here, because WWE hall-of-famer and former Minnesota governor Jesse Ventura plays a guy named Captain Freedom.