The Alamo burns John Wick at both ends, Ricky Gervais punches in for Netflix, and Tower debuts on PBS 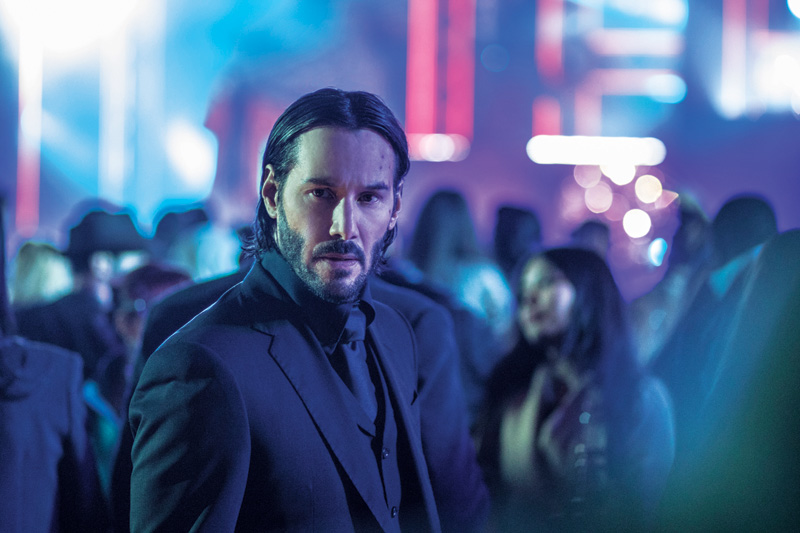 The moral of the singleminded 2014 cult actioner John Wick is simple: Don’t kill a man’s puppy — especially when said puppy is a gift from a professional assassin’s late wife. Keanu Reeves plays to his strengths (not talking very much) in this violent revenge thriller that mixes gunplay, martial arts and real-world stunts with a brisk pace and a dark sense of humor.

There’s so much killing in John Wick that it feels as if we’re watching a tall tale or a myth, set in modern times. The film gained enough of a following to warrant a sequel, which opens tonight (and is reviewed at pitch.com). The Alamo Drafthouse is doing a double feature, with John Wick at 7, followed by John Wick: Chapter Two.

If you’re a Ricky Gervais fan, you’ve likely experienced the slowly diminishing returns of the British comedian’s output since The Office. Like that original button-pushing series, Extras was good, uncomfortable fun, Life’s Too Short less so. Then came the schmaltzy manipulation of his latest episodic effort, Derek, which was almost unbearable. The new Netflix movie David Brent: Life on the Road resurrects his Office persona, one of the most notorious characters in sitcom history. Using the mockumentary format of the show, it’s a 90-minute feature that follows Brent as he pursues his dreams of becoming a rock star. I’m girded for further disappointment, but if I get even one joke every 20 minutes that delivers something like the sublime inappropriateness that The Office reached, I’ll be happy. It’s streaming on Netflix today.

Speaking of later-career disappointment, maybe Valentine’s Day week is a good time to revisit the best movie of writer-director Kevin Smith’s career. That’s 1997’s Chasing Amy, which marked a big step forward for Smith, whose sloppy filmmaking and politically incorrect humor had given Clerks and Mallrats such shaggy-dog likability. This film, starring Ben Affleck as an insecure alpha-male comic-book artist who falls in love with a lesbian (Joey Lauren Adams), is still sloppy, but the dialogue is crisp, honest and surprising, and the movie turned Jason Lee into a legitimate actor. After the go-for-broke potty-humor sermonizing of its follow-up, Dogma, Smith began a slow decline into irrelevance, so seeing Chasing Amy on the big screen tonight with a crowd seems like the best way to remember Smith’s talent as it was 20 years ago. It’s showing at the Screenland Armour at 9 p.m.

Head to the Plaza Branch of the Kansas City Public Library this afternoon at 1:30 for a special screening of the Coen brothers’ masterpiece, Fargo. It’s part of the library’s Searching the Psyche Through Cinema series, which views the Coens’ quirky visions through the lens of psychoanalysis. After the movie, psychoanalyst Teresa Rose will lead a discussion, presumably about the symbolism of wood-chippers and snow. When you get home tonight, it’s time for a new season of Last Week Tonight with John Oliver and the debut of the final season of Girls on HBO. The midseason premiere of the spotty, sometimes infuriating season of The Walking Dead also premieres tonight on AMC.

With the real-world implications of artificial intelligence becoming less speculative each day, it’s encouraging to hear that Season 2 of Humans, premiering tonight on AMC, is widening its narrative scope. The first season of this UK show began with a small story about one family’s purchase of an attractive, human-looking “synth” for household chores, then expanded to giving those robotic beings greater consciousness while incorporating vast conspiracy theories and more detailed world-building. With the addition this season of Carrie-Anne Moss as a Silicon Valley A.I. expert, it will be interesting to see how much closer to home the show hits.

The big-time news on the tube tonight is that the innovative and award-winning 2016 documentary Tower, which tells the story of America’s first mass school shooting 50 years ago, is showing on PBS’ Independent Lens. Keith Maitland’s doc uses roto-scoping animation techniques and interviews from survivors to bring the 1966 sniper shooting at the University of Texas clock tower to life, unfolding in terrifying near-real time. This is a rare opportunity to see one of the most talked-about films of last year uncut and free of charge. Yes, it’s an unusual choice for Valentine’s Day, so maybe you want to DVR it and watch later. Without seeing it, I can’t in good conscience recommend the only slightly more V-Day-appropriate Michael Bolton’s Big Sexy Valentine’s Day Special, which dropped on Netflix yesterday, but I can remind you that it is directed by Scott Aukerman (Comedy Bang Bang) and Akiva Schaffer (The Lonely Island).

I’ll go out on a limb and predict that the new Amazon Prime series Sneaky Pete, starring Giovanni Ribisi and co-produced by co-star Bryan Cranston, will be the sleeper hit of early 2017. After starting it early last Sunday, I was quickly drawn in by its flawed, down-to-earth characters and deepening suspense, Paroled ex-con Ribisi assumes his cellmate’s identity and moves in with the grandparents in New Jersey. He also finds himself in innumerable tight situations as he tries to bail his brother out of trouble with a New York crime boss (Cranston). There’s a lot of mounting tension, and exactly as many short and long con jobs as you’d expect from a show in this well-worn genre, but the growing investment in the characters is what kept me bingeing Sneaky Pete well past my bedtime. Like Breaking Bad, it stretches credulity at times, but it’s also easy to forgive.