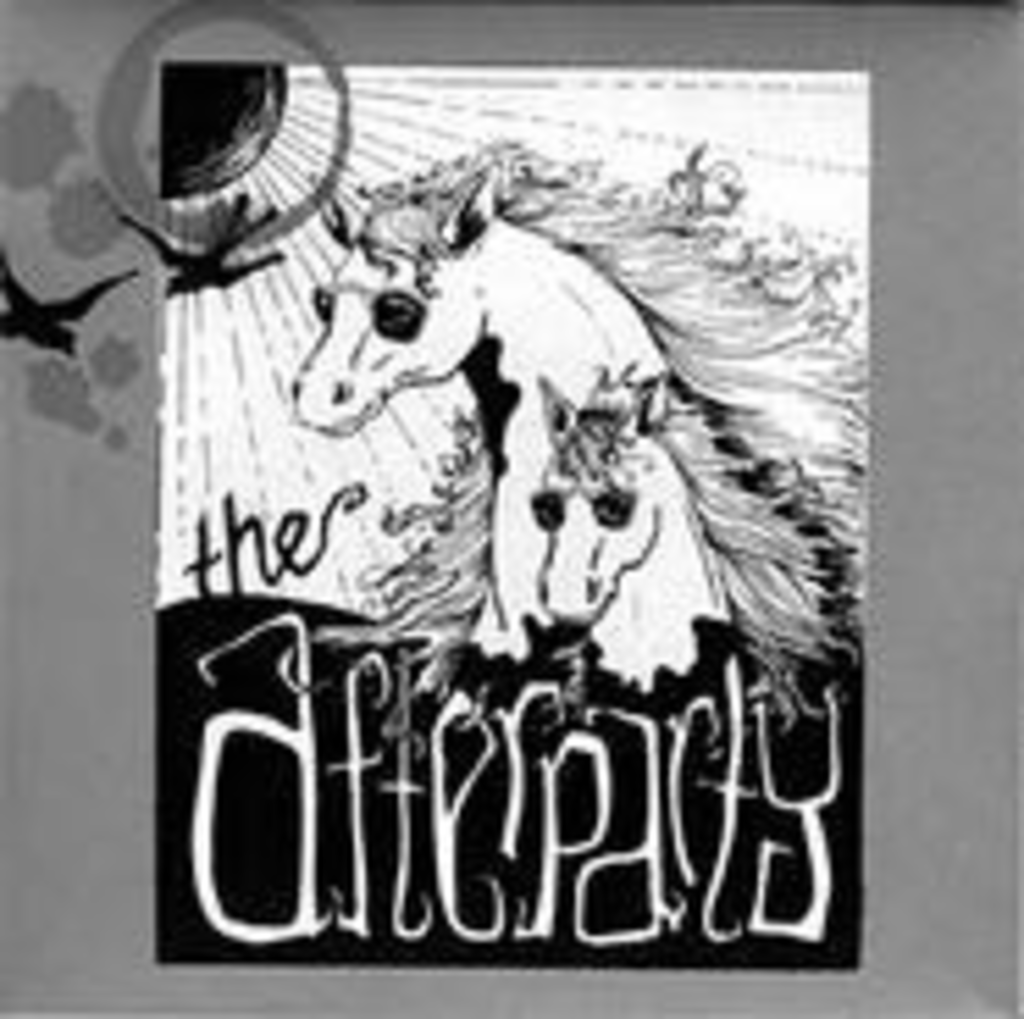 “Taco Land Blues” by the Afterparty:

Do it. Buy the pickup. Head out west. You’ve waited long enough. Here. Here’s your road music. No CD? No problem — it also comes on cassette. I shit you not. Here. Go. That’s what your inner voice will say when you play the Afterparty’s third, self-titled, self-released gem of an album. Whereas 2004’s Forever After and last year’s Under the Rainbow showcased soft-focus, barroom pastorals with gentle guitars and frontman Danny Fischer playing a Brylcreemed crooner, this new one captures the band’s live sound. And how. On the faster tunes, bass and drums chug to a country beat while Fischer’s and lead picker Dave Regnier’s pawnshop electric guitars cut and jab like Neil Young taking sonic revenge on a ham sandwich. The backup-singing Brunettes’ vocals join Fischer’s drunk baritone to form a playful, even drunker chorus. You can practically see the middle finger come out of the stereo when the three yell, Man, it’s not as loud as it should be/I just heard ol’ Ram call you a pusssseeeeeeeee! on “Taco Land Blues.” (Ram was the owner of Taco Land until he got shot.) But it’s not all party. On “Phil,” a deep-throated man recites an essay by Elie Wiesel consisting of Old Testament-heavy shit-talk on humankind’s 20th-century fuckups while keyboardist Josh Mobley takes the Fender Rhodes on a meandering dance between levity and death. On second thought, don’t go out west. The Afterparty’s here.