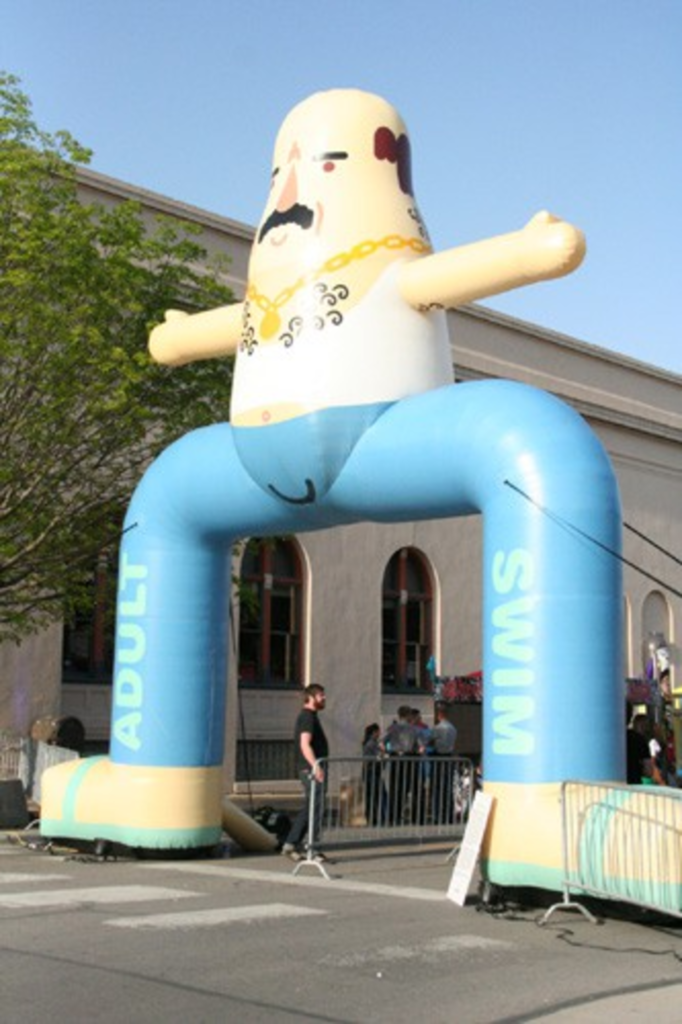 Money Shots is a glimpse of random happenings when we’re out and about on Kansas City’s music scene.

Adult Swim brought its traveling block party to downtown Lawrence yesterday evening, and it was vaguely surreal. There were a ton of carnival games, wherein you could win such things as a Squidbillies’ trucker cap reading “Breathe If You’re Horny,” as I did at the ring toss or a Mooninite koozie emblazoned with “I Will Rock Your Face” on a Metalocalypse-themed wheel of fortune. Most of the stuff was pretty cheap, but totally fun. The line for free t-shirts stretched nearly half a block. A bit of advice, kids: if you have to stand in line for an hour or two to get an iron-on transfer that will flake and peel within five washes, just buy the goddamn thing.

Athen’s the Whigs played a free show, as well. The do fairly indistinguishable indie pop rock that sounds like a zillion other bands that pop up in every college town in the country, but it wasn’t bad or anything — just fairly unimpressive. They put on a hell of a show for a group of kids that probably had no idea who they were however. The Whigs certainly worked hard to win over their audience, and that’s to be commended.