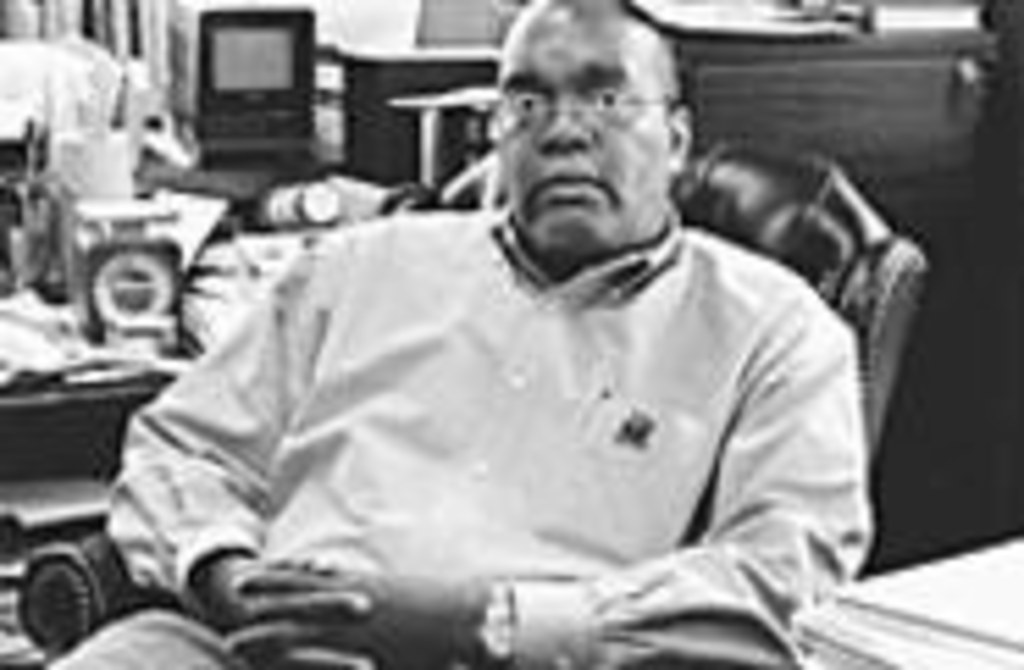 Just about everyone with inside knowledge of the Kansas City school district agrees: Elma Warrick is Clinton Adams Jr.

The opinion is shared by people across the fractured district. “She’s almost a shadow puppet for Clinton Adams,” says a prominent African-American activist. A former board member agrees: “She says she’s autonomous of Clinton, but I still only see her as a Clinton operative. If Elma’s going after someone, there’s a reason. She’s not doing it on her own.” “She’s not going to do anything until Clinton clears it,” says a business leader.

Warrick admits she and Adams are friends. The two appeared together in a photo on the society page of The Kansas City Star on August 12. The picture was taken at a social event hosted by the Urban League of Greater Kansas City, where Adams’ sister, Gwen Grant, works as president.

Smiling along with Adams and Warrick are Kathy Walter-Mack, top in-house attorney for the Kansas City school district, and Gayle Holliday, a contractor for the school board.

All four are connected professionally, politically and socially.

Walter-Mack has been employed by the district on three separate occasions dating back to the early ’90s. Before her second hiring, in 1997, Adams lobbied on her behalf to board members who had to approve top-level appointments. Once hired, Walter-Mack engaged in “an ongoing dialogue” with Adams, according a former top district administrator. Former district staffers believe that she leaked district information to Adams.

The district pays Gayle Holliday $125 an hour to plan and facilitate retreats and meetings. She is the former wife of Harold “Doc” Holliday Jr.; Clinton Adams represented Harold Holliday Jr. after the attorney lost his license in the ’80s, ultimately winning Holliday’s reinstatement to the Missouri Bar. Walter-Mack hired the Hollidays’ son, Harold Holliday III, as a staff attorney for the school district. At the time, Harold III served on the board of directors of the Family Resource Center, the nonprofit where Warrick works as director.

In January 2000, then-superintendent Benjamin Demps asked Walter-Mack to resign from the district because he suspected her of conspiring to support a settlement of the district’s long-running desegregation case (“Taylor Made,” October 4).

Through late winter and early spring of that year, Warrick geared up for the school board elections that would be held that April. Gayle’s daughter, Holli, provided consulting work. Chipping in campaign contributions were Adams; Adams’ sister, Gwen Grant; Gayle Holliday; “Doc” Holliday; and Walter-Mack.

Warrick’s campaign files also list contributions from former mayor Emanuel Cleaver and city councilman Kelvin Simmons. The local teachers’ union is represented as well. But there are also more names clearly linked to Clinton Adams: Anita Parran, his longtime companion; and Ed Newsome, who, while serving as former school board president, maintained constant contact with Adams regarding district affairs. Warrick also received several contributions from employees of the Urban League, which is run by Adams’ sister. Holliday is on the Urban League’s board of directors.

Warrick warns against casting suspicions on these connections. “The black community is, for all practical purposes, very small,” Warrick says. “Many of us — particularly those who have lived here all our lives — know each other from school, from social encounters, from church. You know, there are any number of ways that we interface. And the same occurs in the majority community, I would suspect — that is, the white community — and it never seems to raise an eyebrow. But in our community, because we happen to know someone or have any kind of ongoing relationship with someone, it becomes heightened suspicion. And frankly, it’s not good that we would be held to one standard while others are held to another.”