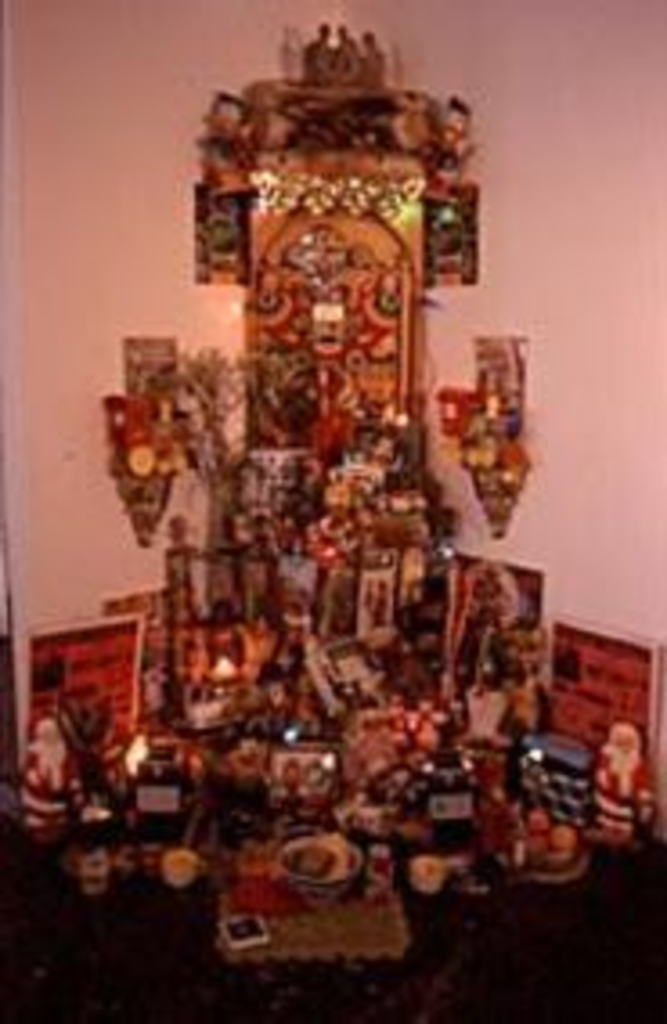 The task of mounting group shows at the Old Post Office has fallen, somewhat reluctantly, on Tom Gregg’s shoulders. With cooperation from Kendall Kerr, who maintains a studio and lives in the space, Gregg periodically gets on the phone and makes studio visits to showcase, as he says, “serious artists working in Kansas City.” What began, quite organically, as a group of friends who mounted an exhibit during the annual Culture Under Fire Art Trek, has evolved into a series of shows. Several times a year, this West Bottoms venue opens up, allowing one to peruse a wide representation of work by emerging artists.

“Now that we’ve been doing several shows a year, people think that we’re a gallery, but that happened by accident,” Gregg muses. “We just coordinate our openings with the Dirt (Gallery). We don’t want to do it as often as they do, though.”

Gregg, who recently received one of this year’s Charlotte Street Fund grants, has a painting in the current show. The piece functions as an introduction to art made by younger artists, where a certain irreverence toward technique and content reigns. Although his painting “Luger” employs a representational style, it breaks from convention with its kitsch color scheme and subject matter.

“Luger” is a still-life painting organized around a tightly painted automatic pistol resting in a shallow bowl. Diverging from the “bowl of fruit” standard, a tried-and-true motif, Gregg creates a vehicle for social commentary, where bullets stand in for the traditional arrangement of scattered grapes. Shades of pastel pink and baby blue define the table top and the surrounding space, reducing this gun/bowl/bullet combination to just another common sight in one’s home, like a tea cozy or a loaf of bread.

Near this painting stands Tammi Kennedy’s “Chair #2,” a deceptively simple sculpture. Kennedy’s chair is an exact, if hollowed-out, duplicate of a chair in her home, and it was constructed entirely from pieces of transparent tape. The beauty and craftsmanship involved truly stun the eye. She transformed an office-supply standard into a semitransparent, luminescent ghost, and her work, like Gregg’s, points to the subtle mystery hidden within one’s domestic surroundings.

Similarly, Jennifer Field’s “Idyll Hands,” a collaged landscape riveted to a cookie tin, champions the absurd beauty of everyday life. And James Trotter’s “Bedroom Altar” goes the distance with an obsessive accumulation of household junk: toys, mementos, newspaper clippings, flowers, Christmas lights, money, fruits and vegetables, candles, and the like. This ecstatic, towering heap, flanked by two small benches to inspire the proper amount of awe, was painstakingly arranged. If even one item were removed, it seems, a lifetime of memories would spill to the floor. These two works function like artifacts — self-conscious remains, accumulated during moments of introspection.

When asked about this definite, quirky sensibility that runs like a thread through the exhibit, Gregg denies any responsibility. He admits to making final decisions about the inclusion of new artists, but he trusts others, such as David Ford and Ika, to bring in their current work, sight unseen. And when pressed about the lack of promotion for these shows, an aspect that keeps them slightly veiled from the public eye, Gregg says, “Maybe I’m just not very good at that stuff.” Gregg also enjoys the last-minute scramble to mount each show, where he’s left wondering whether it will come together at all. “It’s a fear of commitment,” he finally admits, “and I’m afraid that if we got more organized, then that would change the way things happen here. I like the way everything just … happens.”

The importance of the Old Post Office venue, Gregg feels, is that it offers a setting for emerging artists to establish a sense of community. “It’s inspiring, really, to be surrounded by so many good artists,” he observes, “and they keep working even though there’s very little support. It’s astounding that they keep making serious work for little or no reward.” He holds a guarded hope toward the growing number of galleries in the area. “It’s important that these galleries provide a higher level of recognition for artists and that the artists also get objective feedback,” he says. “Many years ago, the Nelson used to do this, so luckily we have these new outlets.

“The hope is that if enough stuff starts happening in town, it will start to build. And really, something is happening. Hopefully, there’s no limit to what local artists can accomplish.” The practical-minded Gregg qualifies this statement by saying that, even within the realm of big-money, international biennials, there are certain “orbits,” or aesthetic circles, that rarely intersect. “But there’s a lot of great work going on here,” he stresses. “Wouldn’t it be nice if Kansas City was recognized for that?”