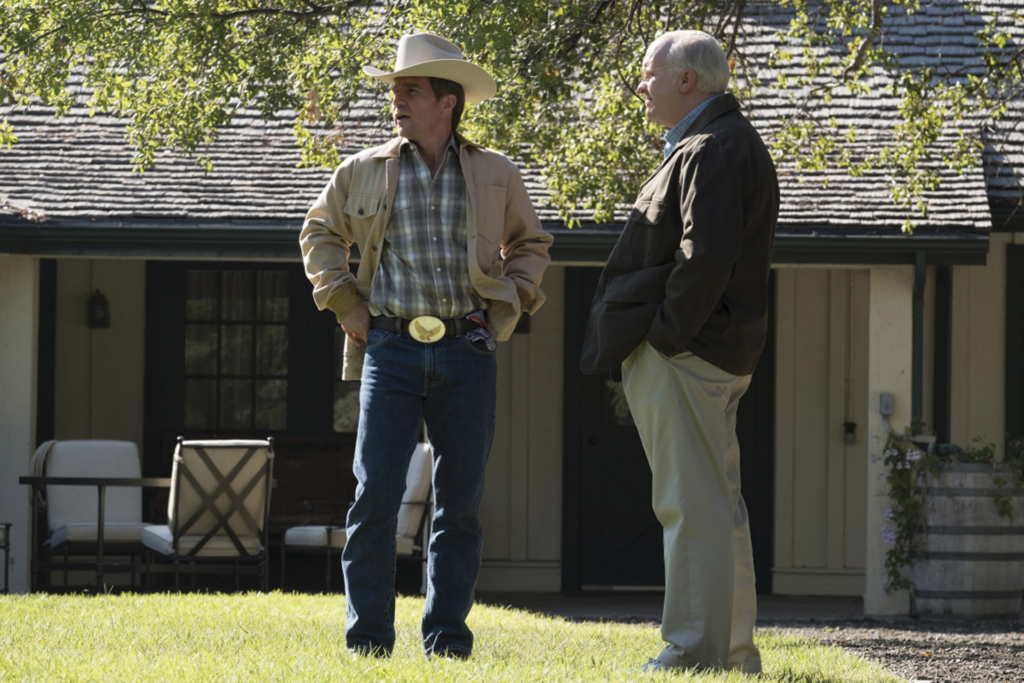 With cultural movements like #OscarsSoWhite and #MeToo, and streaming services making it so very easy for filmgoers to stay home for first-run entertainment, the cultural landscape of the movie industry has seen a major shift over the last half-decade. A cynical person might say that the 91st Academy Awards — broadcast live worldwide this Sunday, February 24 — don’t really matter anymore.

That same cynic might point also out the show’s declining TV ratings, the misguided announcement (and quick retraction) of a possible new Best Popular Film category, and the Kevin Hart hosting debacle.

I’ve got a different POV. Which is: the Academy Awards is a celebration of artistry in motion pictures, and more often than any of its televised awards-show compatriots, it get its right. Not always the winners per se (and certainly not when the presenters literally announce the wrong one; looking at you, Faye Dunaway), but in spotlighting nominees in a wide variety of filmmaking categories, the show at its best encourages viewers to expand their moviegoing horizons and consider how films are put together, all while highlighting 100 years of film history.

And credit where it’s due: since #OscarsSoWhite, the Academy of Motion Picture Arts & Sciences has actually taken solid steps to make its membership more diverse than ever. It ain’t perfect, but the Best Picture winners the last two years (Moonlight, The Shape of Water) were crafty, emotional stories about marginalized characters and outsiders. (And yes, one of those outsiders included an Amazonian fish-man as the romantic object of desire, but, hey, that’s the magic of the movies!)

So whether we are watching movies in theaters or on our phones or on Netflix, the Oscars continue to bring attention to exciting work from across the world. And the movies the awards honor are now more accessible than ever. So I’m not letting the trolls win. The Academy Awards continue to be my Super Bowl, and even though it’s silly to pit works of art against each other, I will continue to not only champion the movies that I feel the most passionately about but also bitch incessantly about the ones I believe are getting way too much attention. Let the directed complaining (and the critical fawning) begin!

Since the small group of foreign Hollywood junketeers that vote on the Golden Globes declared tone-deaf movies like Green Book and Bohemian Rhapsody the big winners last month, everything seems to be truly up in the air this year in terms of predicting winners. Each of those movies present their own unique problems, and not just in terms of publicity firms mounting successful Oscar campaigns for them.

I’ve seen Green Book — which is essentially a role-reversed Driving Miss Daisy that feels like it, too, could have been made in 1989 — described as a “feel-good” movie on too many occasions. It’s certainly designed to make white people feel good, and the performances of Viggo Mortensen as a racist white driver who transports black musician Don Shirley (played by Mahershala Ali, who also won the Globes’ Supporting Actor award) through a tour of the Deep South are charming indeed. But the movie misses an opportunity to provide Shirley with an actual inner life and takes cheap shortcuts to allow, for example, the white guy to explain to the black musician the merits of fried chicken and Aretha Franklin. It’s “based on a true story” but even while watching it, its many contrivances set off red flags. Green Book pushes a message of inclusion, but along the way, it humbles the black character and allows his redemption only through the “white savior” narrative that’s so prevalent in other films. It’s past time to retire this well-worn cinematic trope. Even more disturbing is that Green Book, directed by Peter Farrelly (Dumb and Dumber, There’s Something About Mary) is getting awards attention at all in a year when urgent — and far more deserving — movies like Black Panther, BlacKkKlansman, and If Beale Street Could Talk saw African-American filmmakers telling their own unique and urgent stories from black characters’ points-of-view.

Notably, Bohemian Rhapsody won the Golden Globes’ Best Drama prize without director Bryan Singer — who was fired before its completion — even being nominated. Singer has lived under a cloud of sexual-abuse lawsuits and allegations for the last four years and is currently persona non grata in Hollywood, which makes the movie’s big Globes win even more of a surprise. Apart from its director’s own controversies, the movie itself commits all kinds of unforgivable sins, chiefly that it scolds and condescends to Freddie Mercury when it’s supposed to be celebrating his life. It’s maybe the least gay movie about a gay person ever, and it smashes up and re-arranges Queen’s thorny band history to fit snugly into a predictable Hollywood biopic narrative. Rami Malek embodies Mercury well, but he’s constantly forced to move the plot forward rather than being able to relax into the role. What’s left is a really good impression, which is exactly what Christian Bale does as Dick Cheney in Vice.

If he wins the Best Actor Oscar, Bale should take his entire makeup and costuming crew up there with him, because that’s really what people are voting for. Like Bohemian Rhapsody, there’s no real person in there. Vice is a sugary lollipop with a hollow center where the Tootsie Roll should be. The movie itself admits it doesn’t know Cheney’s motivations, but since most characters need one, it invents one for Cheney anyway (“power for power’s sake”), and just moves on. There are a great many funny moments — and equally infuriating ones — in Vice, but, again like Bohemian Rhapsody, it’s devoid of a three-dimensional script and amounts to little more than a patronizing civics lecture, albeit one with a lot of star power. I’m hoping the Academy chooses instead to reward movies with genuine vision like Spike Lee’s BlacKkKlansman, Ryan Coogler’s Black Panther, and Alfonso Cuaron’s  Roma.

With Roma, Netflix has a real opportunity to win Best Picture. But so many factors stand in its way: The movie is shot in black and white, it’s told mostly in Spanish, and it’s a slice of life story that only truly takes shape in its final moments. Additionally, the film’s widescreen compositions, which showcase an amazingly detailed depth of field, are best appreciated on the big screen. It had a small theatrical run, but 99.9 percent of people viewing it now are watching it on Netflix. I’ve had many discussions with people who thought it was too slow and shut it off — something people are far less likely to do in a theater. The first time I watched Roma, I recognized it had a slow pace, but my mind was engaged the entire time. The film didn’t seem slow the second time I watched it, however, because each time a new would scene begin, I was eager to experience it again.  So many of Roma’s beautiful images had been burned into my brain in just one viewing. Indeed, Roma seems like the polar opposite of Bohemian Rhapsody in every way. Rather than a suffocating fast-forward through someone’s entire life, Roma is a contemplative cinematic experience. It leaves you room to breathe and time to consider what you are seeing.

WHERE TO WATCH THIS YEAR’S OSCAR CONTENDERS

The Favourite — in theaters now

If Beale Street Could Talk — in theaters now

Spider-Man: Into the Spider-Verse — in theaters now

Won’t You Be My Neighbor? — Blu-ray, 4K, rent or buy digital HD now