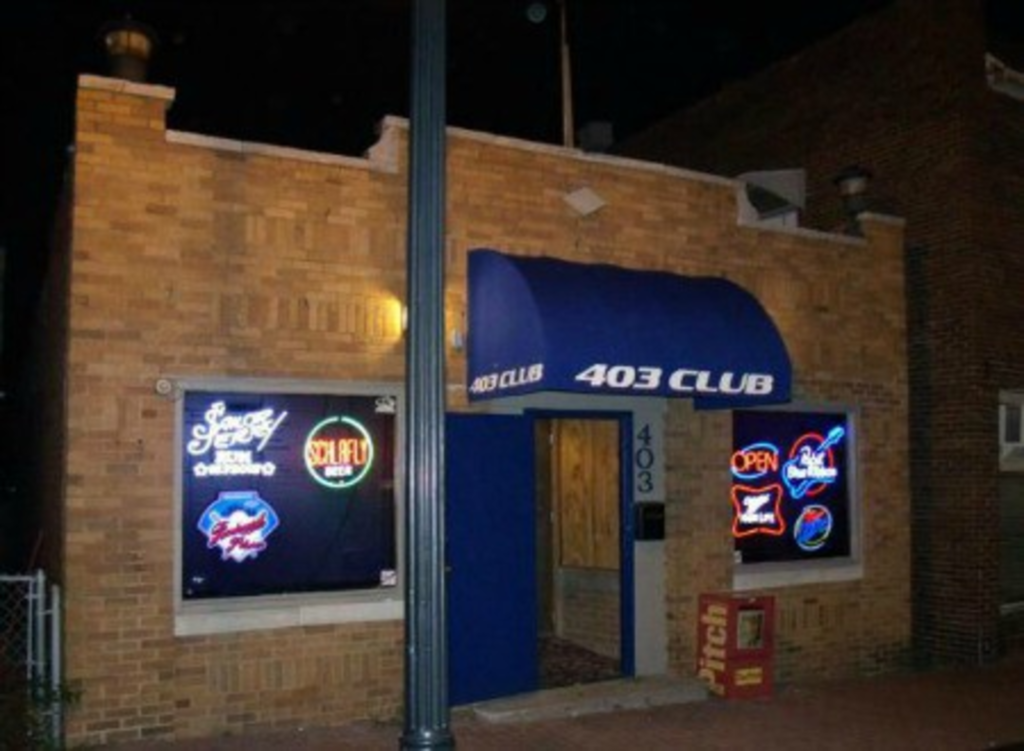 The lease is up, and it’s time to go. The 403 Club, Strawberry Hill’s most comfortable bar, is moving south to 614 Reynolds and will take over the spot of the former 610 Club. (Locationwise, we’re talking a block and a half west of Seventh Street on Reynolds, essentially behind Go Chicken Go.)

“The new location is bigger and has a lovely covered patio and a huge parking lot,” says 403 owner Artie Scholes. He got the keys to the building yesterday.

However, Scholes feels that the greatest gain of the new location will be the abundance of parking spaces.

“403 will remain at its current location until after the IFPA Kansas State Pinball Championship on February 8,” he explains. “We’re hoping for a soft opening on the 12th or 13th and then a Grand Opening on Valentine’s Day. And as long as licensing, which is well under way, is in place, that’s the plan.”