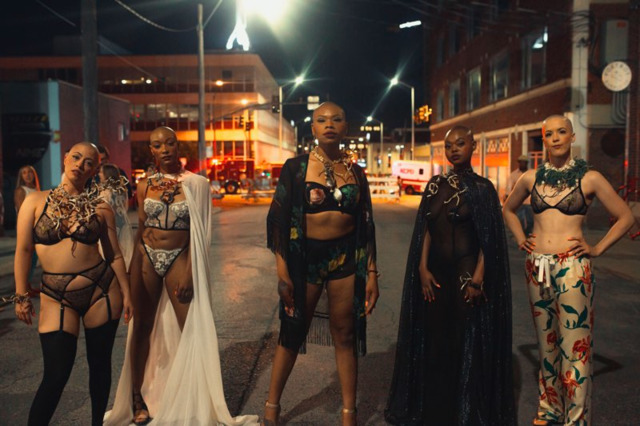 On Saturday, a single runway with a golden backdrop replaced the cars and traffic on 18th Street between Wyandotte and Baltimore for the nineteenth annual West 18th Street Fashion Show.

The show has always been more of a block party than a commercial fashion event — a large-scale collaboration between local artists, poets, musicians, designers, and small businesses. “A group of artists that make things that can be worn,” as Peregrine Honig, the event’s senior artistic director, said.

This year was no different. Passers-by gawked for free; musicians popped out of building windows to blare their brass instruments. The theme was Summer Adorned. 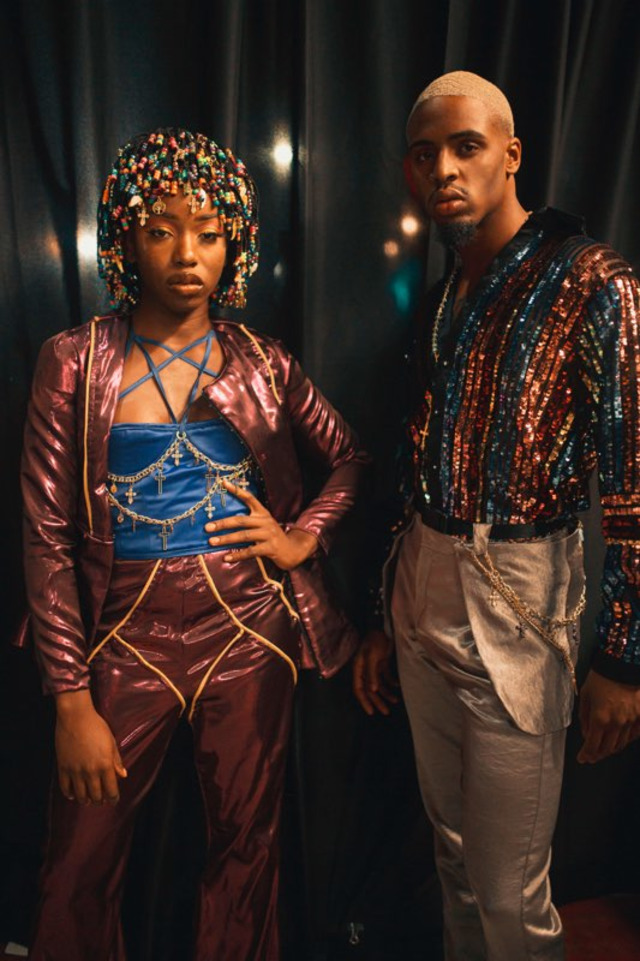 “Being different makes you a target in this country,” Honig says. “When we hosted [last year’s theme], Summer Migration, we were able to make a public statement about that. And then with Summer Adorned, we’re sort of like forcing people to see that we’re still strong, we’re still celebrating ourselves.”

Established designers, such as Jennifer Tierny (who was recently accepted into Paris Fashion Week) and Paige Beltowski, made an appearance; they’re veterans of the show. But there were new faces, too, like Rex Wall, a fiber student at the Kansas City Art Institute whose collection for House of Oliver was inspired by the question: “What would classy robots wear when they go out for a nice dinner?”

Devil Doll’s Audrey Lockwood, a standout young designer at Kansas City Fashion Week’s Fall/Winter season, created a collection for West 18th Street for the first time this year. She called it “A Midsummer Night’s Trip” — a marriage between A Midsummer Night’s Dream and LSD.

“It’s so different from any show I’ve participated in because of the creative freedom it encourages,” Lockwood says. “When you see the different collections walk, the different visions are so evident. No two pieces are alike, and each one is a true work of art.” 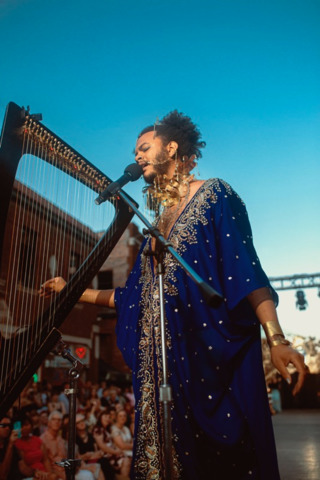 In another departure from traditional runway events, the West 18th Street Fashion Show opts for a live concert over designer-specific music tracks. Calvin Arsenia strummed his harp this year, wrapped in a royal blue gown with golden accents and dripping with gems.

The evening was hosted by the poet Jen Harris, a repeat Best of KC winner and TEDx fellow. She opened the show with a reading of her commissioned poem. “I remember I am not cast out, not suspended but held so delicately by the web of my community that I must be holy, to experience such mercy,” Harris spoke to the crowd.

Honig says her goal as the show’s creative guide is to eventually be able to provide a stipend for designers and have enough funds for a rotating scholarship from different art schools in the city. The West 18th Street Fashion Show is a for-profit organization supported almost entirely by local businesses, which Honig says provides both the freedom and funds necessary to escape the commercialization and censorship that’s sometimes unavoidable in the fashion industry.

Next year will mark the show’s 20th year as a staple of the KC art community — a community that has morphed and changed dynamically over the past two decades. Honig suggests the theme will be about hindsight because, as she says, “What else can we call it?”