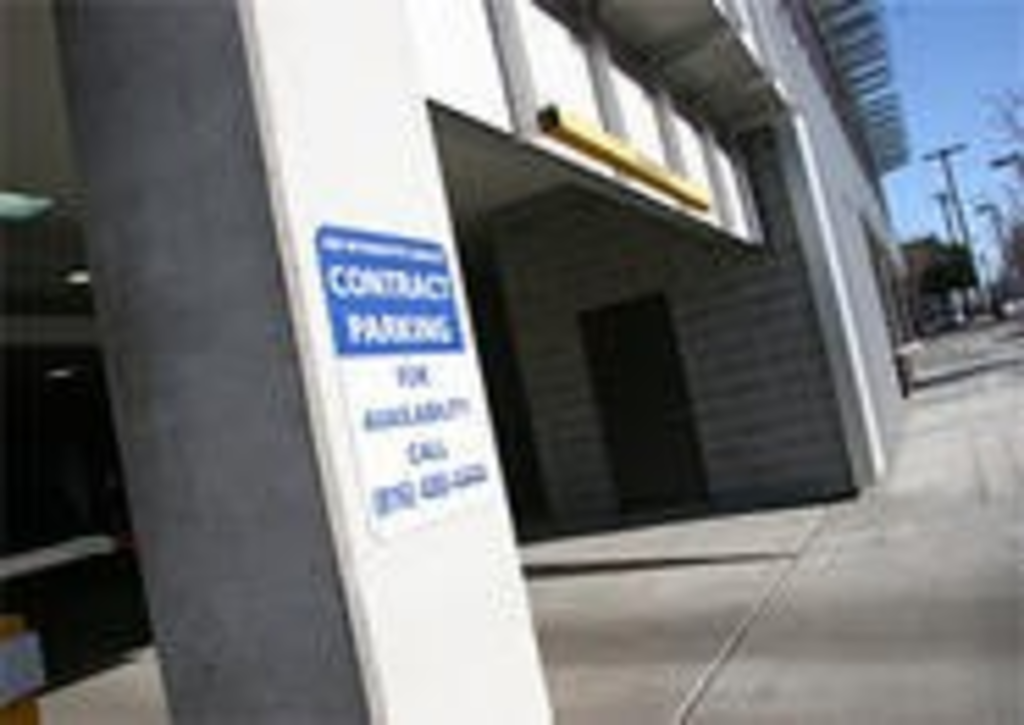 There’s a public parking garage in the River Market. Except that you and I don’t park there.

A few years ago, a Kansas City, Missouri, agency issued almost $8 million in bonds to build the garage. The City Council said the garage was supposed to be open to the public. Yet today, it’s about as welcoming as a country club surrounded by wrought iron. Until recently, a sign at one entrance read “Reserved Parking Only.”

Like a lot of significant projects in Kansas City, the HOK building and garage relied on public subsidies. Every such project involves a little lying to justify its assistance. The thriving, upscale Briarcliff development north of the river, for instance, is using an ancient “blight” designation to justify supersized tax breaks for a new boutique hotel.

There are little lies, and there are big lies. The HOK project told a pretty big one.

Rewind to 2003: HOK Sport, designer of stadiums and arenas around the world, was looking to escape its cramped space in the Garment District. The city was eager to keep a glamour company within its borders. So the council told the city manager to come up with a plan to build a parking garage for the River Market project, which was developed by the Minneapolis-based real-estate giant Opus Northwest. (HOK leases 70 percent of the building.)

The council resolved that the River Market needed parking and that the garage “will be open to the public.” An old drawing of the proposed HOK building shows round, blue “P” parking signs adorning the façade.

Opus VP David Harrison insists that the garage is public. “The public can call and lease space in there,” he tells me. “I mean, there is space available on a monthly basis.”

Now the sign on the garage advertises “contract parking” and provides a phone number. It has replaced the “Reserved Parking Only” sign, which disappeared after I started asking questions.

Councilman John Fairfield, who cosponsored the resolution authorizing the garage, says parking should be available in the garage during off hours. Yeah, but there’s no way in without a key card.

“I don’t know whether somebody has not followed through,” says Fairfield, a candidate for mayor. “Something just hasn’t been done, obviously. I don’t go around checking parking garages.”

At least the city didn’t build HOK a free garage. The company leases 200 spaces at $65 a month each. Opus pays the city a special assessment of $125,000 a year for 10 years. The leases and assessments aren’t enough to cover the cost of the garage, but at least they’re something.

But the garage is only part of the deal. The subsidies flew at this thing fast and furious.

The HOK building also got a whale of a tax break from an obscure city agency called the Planned Industrial Expansion Authority. Created in 1974 to eradicate blight in industrial areas, the PIEA is massively popular with developers. The agency wields the power of eminent domain and can issue bonds (as it did for the HOK garage). But mostly, it issues tax breaks.

It works like this: Joe Developer buys a run-down lot and fixes it up. Normally, Joe has to pay taxes on the improvements he makes. But with the PIEA’s blessing, the tax collector ignores the improvements and pretends that the property is as crummy as it was before Joe bought it.

The HOK tax break amounted to $383,870 in 2006, according to Jackson County records. The Kansas City School District took the biggest hit. The HOK building and garage produced only $1,196 for the schools last year. The building won’t be taxed at regular rates until 2029, when today’s schoolkids are enrolling their kids.

The state of Missouri also chipped in.

In 2004, HOK donated — yep, donated — $1.9 million to another city agency, the EDC Loan Corporation, and received state tax credits worth $950,000. The EDC Loan Corporation, in turn, used the $1.9 million that HOK donated to buy the land on which the headquarters was built. In 2005, HOK made a second donation of $1.1 million, which the loan corporation used to purchase equipment for the building. HOK received tax credits worth $550,000 and now leases the equipment that its “donation” purchased.

A garage. Abatement. Donations. Tax credits. I don’t think it’s an accident that there are a lot of moving parts here. The complexity of this deal — and others that the city makes — keeps true costs (the direct subsidies, the foregone tax revenue) a secret. There’s seldom a single sheet of paper that lays out everything. I called the city’s Finance Department in an effort to get something approaching a balance sheet on the HOK project. A guy there told me that he could produce something within a month. Ugh.

Getting good information about the city’s economic-development initiatives is like feeling around in the dark. The unknowns make the programs difficult to comprehend and, therefore, to criticize.

And you know how Mayor Kay Barnes feels about being second-guessed, particularly when it comes to development efforts she has led. At a recent board meeting of the Economic Development Corporation (the Death Star of the city’s incentive programs), the mayor said projects were not being approved in a “willy-nilly” manner. “The due diligence is really monumental,” Barnes said.

I’d rewrite that sentence, replacing “monumental” with the phrase “done for appearances.”

As a practical matter, it probably doesn’t mean much that HOK’s garage is public in name only. After all, the suggestion that the River Market needed parking was pretty bogus to begin with. Harrison, the Opus VP, says he thinks there might be a couple of civilians who have asked to park in the garage. “But, see, there isn’t really a strong demand now,” he says.

No. It’s the dishonesty that’s annoying. The city didn’t come out and say, We really don’t want to lose this company, so we’re going to spread a buffet of tax incentives, including a lavish parking garage. It’s not fair to residents and business owners who don’t have any clout at City Hall. But, hey, that’s the way things work around here.

Instead, the city acted as if it were doing us a favor. The parking garage was sold as a civic asset, like a park.

The gate, meanwhile, opens only to a privileged few.