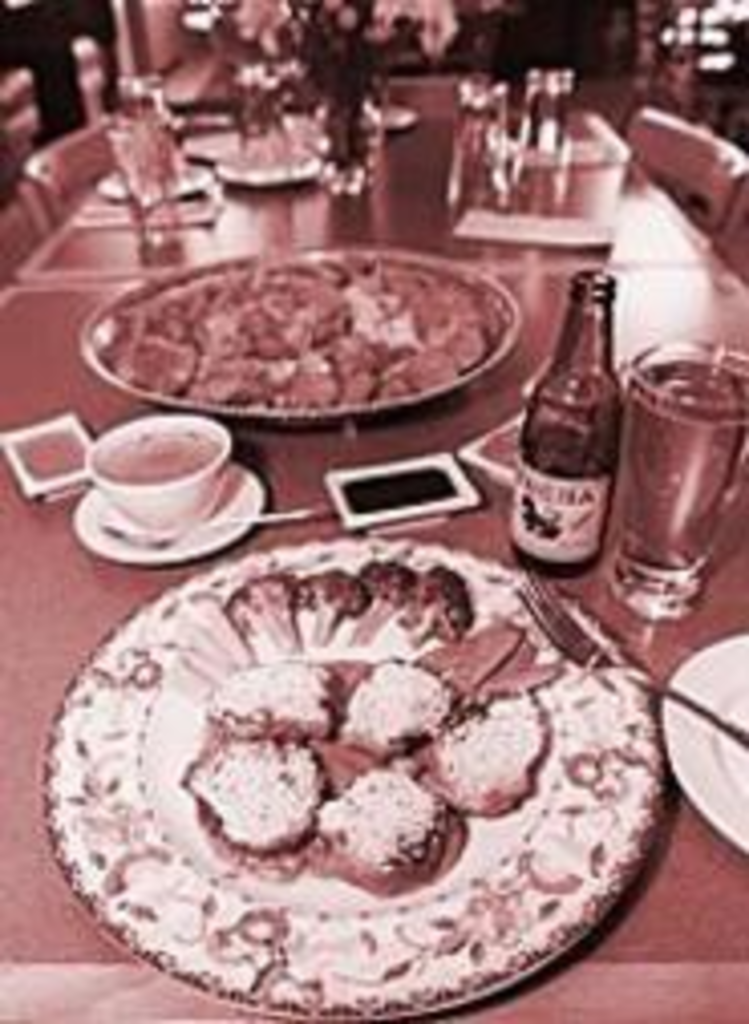 I don’t mind traveling to get a really good dinner. And when the goal is excellent Thai food, I’m conditioned to head south into Johnson County. The same little suburban communities that twenty years ago were home to the city’s dullest restaurants now offer a United Nations of choices, including some of the best Thai restaurants in town: the Thai Orchid in Mission, Thai Place in Overland Park and Thai 2000 in Shawnee.

When Bangkok-born Marisa Wiruhayarn decided to open a Thai restaurant with her husband, Dom, she didn’t want to travel long distances from her home in North Kansas City. “Johnson County is just too far away,” Marisa says. “I didn’t want to be driving late at night, when I was tired.”

So the Wiruhayarns took a risk and opened Tasty Thai just a few blocks from their home, in a strip with a giant Kmart on one side and a KFC on the other. Now four months old, Tasty Thai is still such a novelty in North Kansas City that my restaurant-savvy friends Amy and Bill — who live barely five minutes away from the place — had never heard of it.

“A Thai restaurant in this neighborhood?” Bill narrowed his eyes. “Are you sure you don’t mean Chinese? Except for the Iliki Cafe, this area isn’t exactly a hotbed of ethnic cuisine.”

But I was sure, so one cold, damp night we all climbed into Bill’s car and went looking for the restaurant, passing a pizza joint and some familiar fast food spots along the way. Bill and Amy were half-convinced that I had made up the restaurant. “It really isn’t called Tasty Thai, is it?” giggled Amy. But she nearly dropped her jaw when we pulled into the shopping center and saw the name spelled on a hanging banner. The name is insufferably cute (but not original; Marisa’s brother in a Chicago suburb named his restaurant Tasty Thai before she did), and so is the tiny restaurant’s decor, which manages to combine decorative elements from both Thailand and Martha Stewart Living in a precious little multicultural mumbo-jumbo. As we squeezed into a booth underneath one of Marisa’s needlework depictions of Thai dancers, we got a better look at the miniature thingamabobs cheerily displayed around the dining room. (We could look but not touch — on a later visit, a surly waitress snapped at my friend Bob, “Our decorations are not for sale!”)

Happily for me, I was there to eat, not pick up decorating tips. After we ordered drinks (jasmine tea for me and Amy, Thai beer for Bill), I requested the lavish-sounding Thai Platter of appetizers (“Recommended by our won chef,” reads the menu). It was a flashy production of bite-sized finger foods on a big brass tray: crispy egg rolls, little golden dumplings of shredded taro root, tiny shrimp egg rolls, chewy chicken-filled pot stickers, tempura-fried vegetables, chunks of chicken satay glazed with peanut sauce, and crusty little purses of cream cheese and crab meat called poo thong (the Thai version of crab rangoon).

We quickly finished them all, washing down the hot bites with either cold water (Amy had taken a sip of the syrupy Thai Ice Tea, made with condensed milk, and never touched it again) or Thai beer, which Bill said “tastes just like American domestic — Miller, to be exact.” For a big, hungry group, this appetizer festival makes a hearty way to start the meal, but when dining à deux I’d be more budget-conscious and call for a couple of Angel Wings, a clever creation in which a deep-fried chicken wing, stuffed with ground chicken, celery and herbs, comes dipped in a light, vinegary sweet-and-sour sauce. “All our sauces are made here,” Marisa said as she whisked the empty appetizer plates away. “And that’s the truth.”

And I can truthfully say the restaurant’s tangy peanut sauce was superior to the trio of flavorless deep-fried shrimp cakes that accompanied it. Far better was an aluminum pot of fragrant, bubbling tom yum soup, a restorative concoction of fresh lime juice and chicken broth, lemon grass, aromatic lime leaves and fat, tender chunks of chicken breast warmed by a light touch of chile. The spicy, amber-colored soup was extraordinarily satisfying and felt like the ultimate cure for any respiratory problem. (We all stopped sniffling immediately.)

At that point, I could have quit eating and been completely content, but I was eager to sample the restaurant’s signature dish, moo krob (not to be confused with mee krob, the fried-noodle appetizer). It was a plate of crunchy hunks of deep-fried pork served with an emerald-green dipping sauce of garlic and fresh jalapeno peppers. But the dish hardly lived up to its hype on the menu (“We’re the only restaurant in Kansas City serving this!”); after sampling a couple of the dry, crackly bits, I was bored with it.

Much tastier were the traditional Thai offerings, such as pad thai (a sensual stir-fry of textures and tastes: soft cellophane noodles, sturdy peanuts, cool bean sprouts and spicy peppers) or beef stir-fried with fresh basil, onion and slivers of red, green and yellow peppers served over a mound of hot rice. Thai cooks use garlic as liberally as do Italians, and at Tasty Thai, the garlic chicken, done up with carrots and pea pods, and the plate of tender pork ribs (marinated in nam pla, a salty fermented fish sauce) are wonderfully pungent. There’s also the usual palette of curries — red, green and yellow — tempered with coconut milk and fresh basil and served with chicken, beef or shrimp. And I could live on Tasty Thai’s Golden Noodle Soup, with noodles and chicken swimming in a vibrant yellow broth flavored with turmeric, ginger and cinnamon.

An unexpected delight was the sesame chicken — not the sticky glazed stuff so common to Chinese buffets but a novel interpretation that combined some unlikely ingredients: A fat chicken breast came stuffed with fried eggs, spinach, crab meat and cream cheese, all of it dipped in egg batter and deep-fried. Swirled in a pool of sweet-and-spicy peanut sauce, the concoction was rich and luxurious.

There were Thai desserts too, but the coconut ice cream isn’t made in the restaurant and includes bits of chopped fresh corn and bean paste. “Corn is a fruit in Thailand,” Wiruhayarn explained as she brought out a tiny dish of the stuff, which looked sallow and had only the hint of a coconut taste; the Wiruhayarns should call it fruity bean-paste sorbet instead. Though it wasn’t on the menu, Wiruhayarn did offer a crêpe — a flaky pancake, really — served hot off the griddle and slathered with honey. It was as all-American as a good ol’ Midwestern flapjack but tasty — Thai-style.