Ten dope regional sports anthems, including the Royals’ anthem by X-Dash, “Get on the Bus” 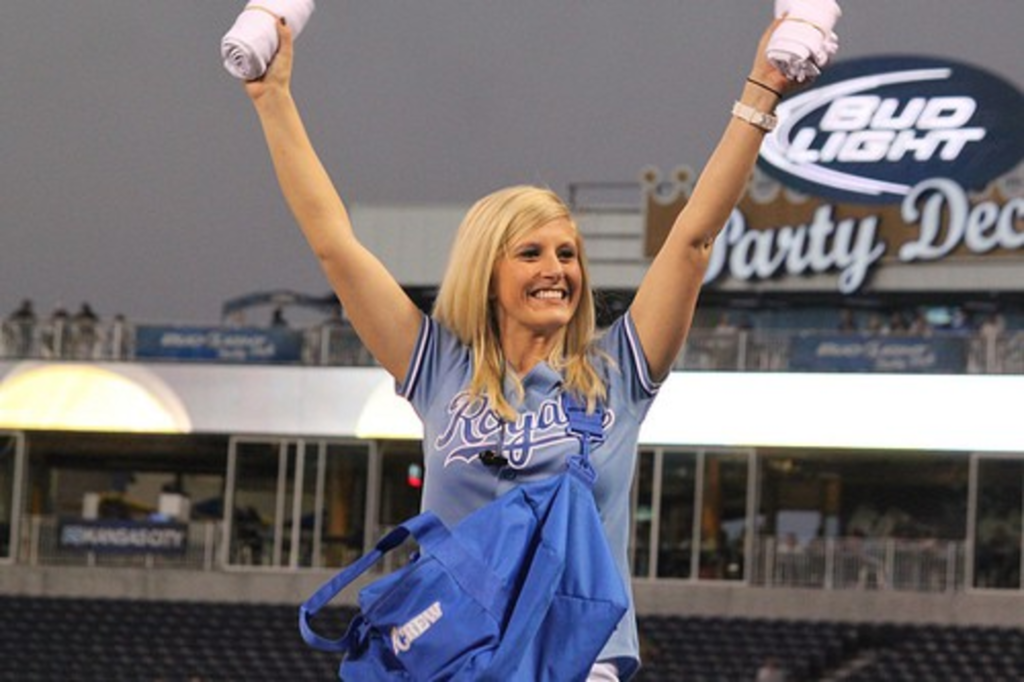 The Royals‘ season has people buzzing. Not too long ago, our city lived through a similar predicament: stinging from another KU NCAA Tournament loss — a loss to Syracuse in the finals — the region’s sports fans turned their desperate eyes to the Royals for temporary relief. The monstrously unheralded 2003 Kansas City Royals rattled off nine straight wins and, at one point, sat above the AL Central with a 17-4 record before falling back to Earth.

Right before that season began, then-Star columnist Jason Whitlock commissioned a local rapper, X-Dash, to pen a Royals anthem that was named “Get on the Bus.” I don’t intend to exaggerate, but “Get on the Bus” was probably the dopest baseball anthem of all time.

The lyrics were tailor-made to that year’s fairly anonymous roster, name-checking guys like Michael Tucker and Ken Harvey, a man “not to be taken light.” Other sample lines: Angel Berroa is the next Frank White, and Grimsley throwing strikes into Brett Mayne’s palms / See the sparks fly out of Relaford’s arms. It was a magical anthem — and a song that’s now completely undetectable on the Internet. (Jason Whitlock’s burning of every bridge in town probably has something to do with it; the song was, for a long time, linked onto his 810 Sports Radio profile page.) Jason, if you come across this, please send it. I must have it to show to my grandchildren.