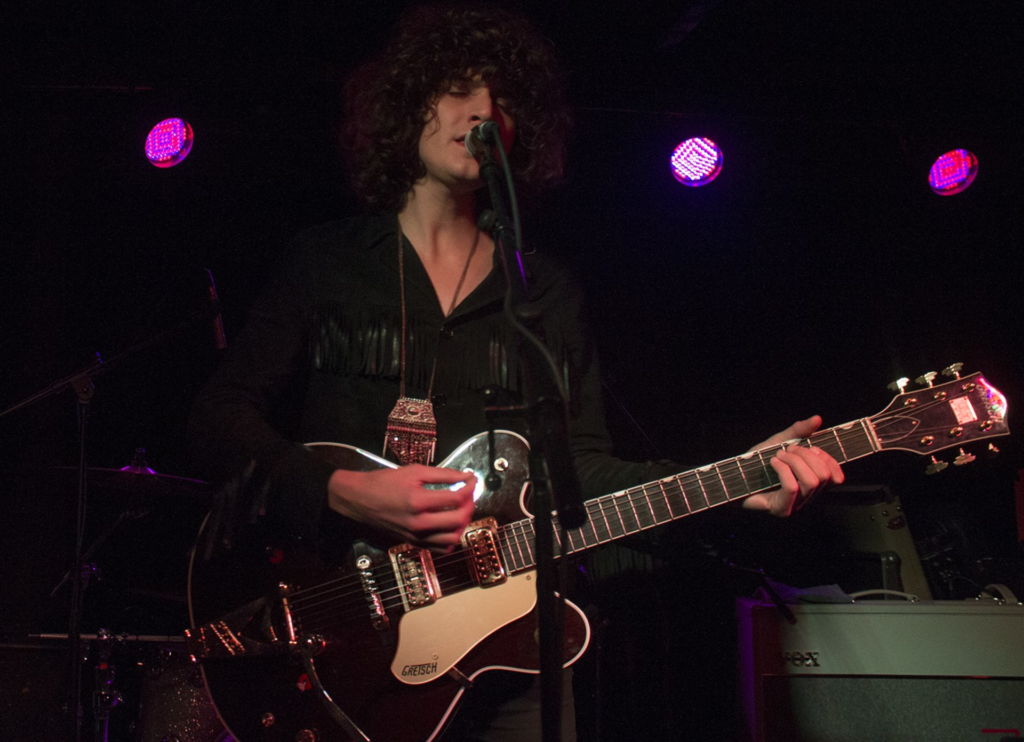 Coming off a late Royals ALCS win there wasn’t really a need for more energy in the packed Riot Room, but Temples brought it anyway, sizzling off an action-packed – if short – burst of songs from their acclaimed debut album, Sun Structures.

The band’s classic throwback psych-rock brought a diverse crowd out on a Tuesday, with the young hipsters mingling with pony-tailed, first-generation British Invasion fans. Temples dressed the part with bell bottoms, flowing blouses and enough hair between them to challenge a playoff bound hockey team.

The set started strong with album namesake “Sun Structures.” Singer James Bagshaw mumbled a congrats for our “club winning the baseball match” and launched right into the tune and the band quickly followed it with “A Question Isn’t Answered.” The squeal of feedback and high-pitched synth lines melded with screams from the crowd who immediately fell into a kind of sway-dance that kept up through the night.

Temples was flawless with the precision of a well-oiled machine, but through the first half of the set the machine seemed to take over. While the band was active on stage, the occasional hair swoop and face-to-face solos by guitarists Bagshaw and Adam Smith seemed rehearsed and dishonest. The band rarely smiled and at times seemed to be looking through the crowd.

With no real impetus, though, things began to turn around during “Ankh,” the band’s fifth song of the evening. A huge, sprawling combination of guitar and keyboard solos brought the crowd to a fever pitch and a smile started to crack across Bagshaw’s face. From there the band opened up and began to truly interact with the crowd and feed off the energy that only grew in the room. 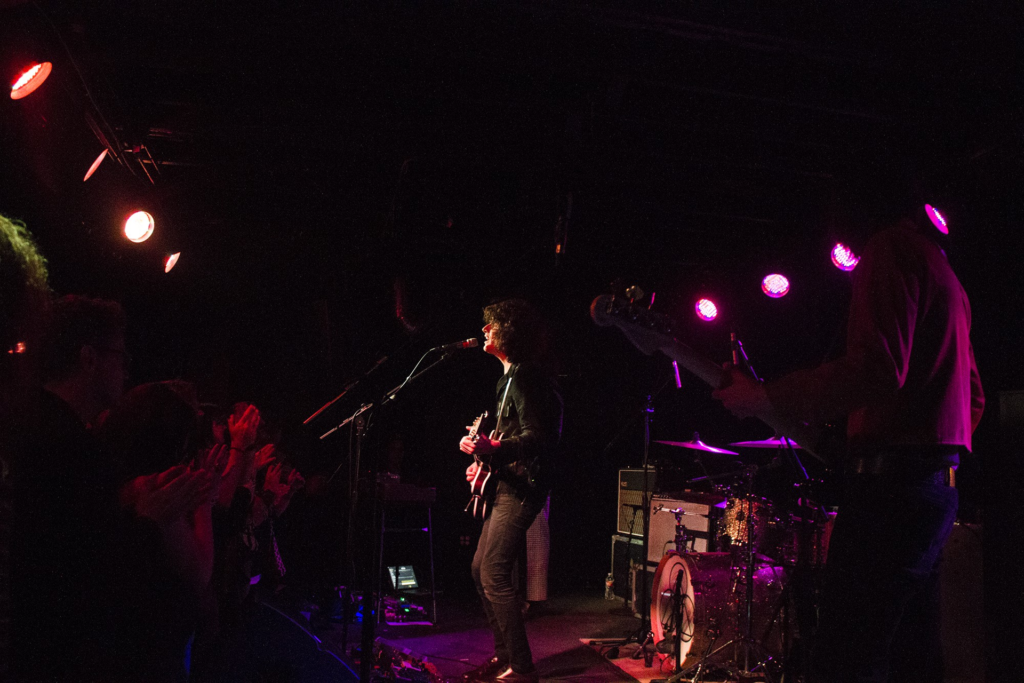 Bassist Thomas Walmsley asked the audience who had been at the band’s RecordBar show earlier this year, to which Bagshaw responded jokingly, “Who wasn’t there? And where were you, assholes?” The jovial stage banter immediately gave the show a sincerity it was at first lacking.

The set climaxed with “Sand Dance,” a song with heavy chords that brought fists out pumping and everyone moving. Another extended stretch of guitar and synth solos had the crowd dancing and yelping for more. By this point the room was swelteringly hot (even on a cool autumn day), but the crowd seemed well prepared to sweat it out ‘til the end.

If there was a disappointment with the set it was that the end came too soon. Before launching into the band’s single and album opener “Shelter Song,” Bagshaw announced it would be the band’s last. Then he stopped, noticed the layout of the room and corrected himself.

“We usually play like it’s our last song, leave, then come back,” Bagshaw said. “But there’s really no place for us to go.”

So the band nixed the typical encore dance and just powered through the rest of their set. This seemed to be for the better, as the energy in the room never dimmed like a 15-minute break can make it. “Shelter Song” had the entire room swaying and shouting along. Without hesitation, the band busted into the end, building the crowd into a mess of dancing, flailing arms, and screaming fans that looked like something out of a Beatles movie (and the band’s aesthetic matched), even spilling onstage in the form of a lone dancing fan in a tuxedo weaving between bandmates to their amusement.

The turnaround showed that while the group seems to be road worn – which is to be expected of such a new talent – Temples can still control a crowd and give off a show that people will remember. (Maybe even more than Game 3 in a seven-game series.)

Leftovers: For a band with only one very new album, Temples has some diehard fans. The group next to me drove from Tulsa for the show (planning to head back that night) and another woman in a bedazzled Royals cowboy hat asked me to hold her beer while she took a picture of the empty stage that “the best band ever” was about to play on.