Tegan and Sara at the Uptown 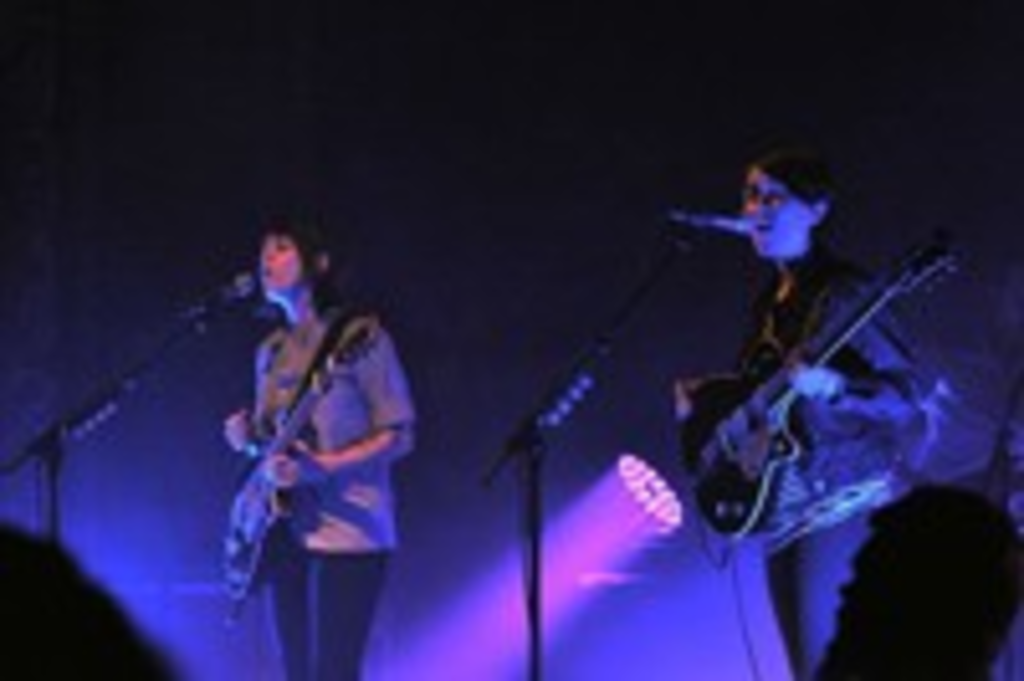 The Quin twins — Tegan and Sara — have good reason for their mixed emotions toward Kansas City.

As Tegan told the crowd at The Uptown this weekend, the indie rock band’s last stop in our Cowtown was a bit, uh, awkward. Apparently, on said date, someone in the crowd ripped open a condom, blew it up and batted it on to the stage. The projectile contraception pelted Sara in the face.

Since then, Tegan said, the sisters have felt a “confusing” affection for Kansas City. Maybe that’s why their performance on Saturday was the kind of hum-drum experience that wouldn’t merit the destruction of a perfectly good Trojan.