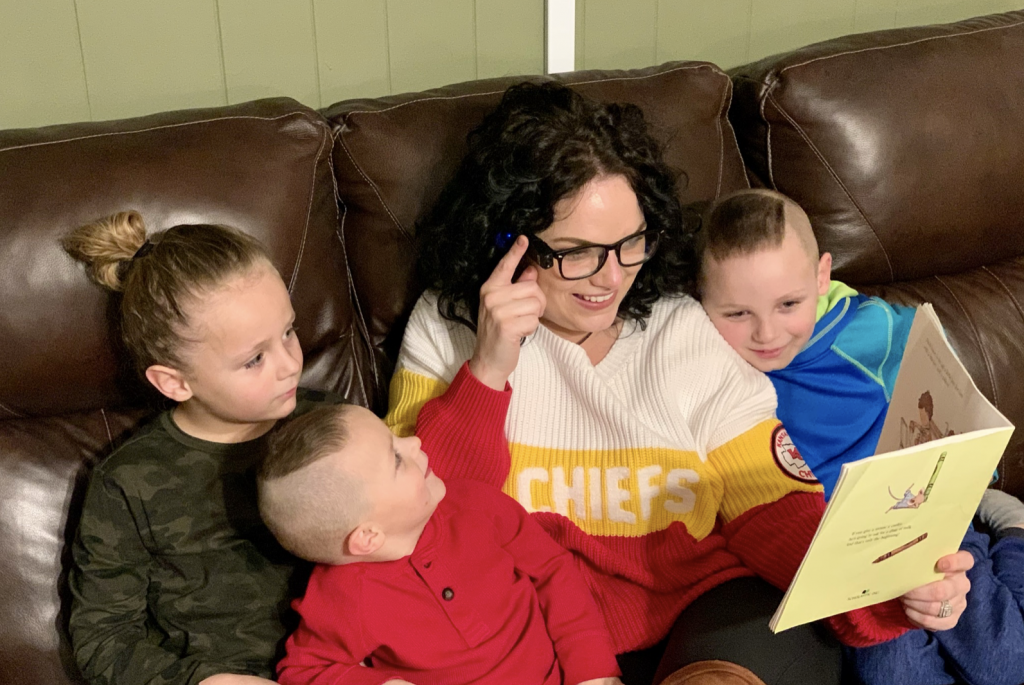 Ashley Mizell’s vision became impaired two years ago after developing Sarcoidosis, a rare and devastating autoimmune disease. She was forced to give up her career as a professional photographer because she was losing her vision day by day.

Mizell, 30, says it all started when she was trying to take a photo at a wedding. When looking through the lens she could not see out of her right eye. So, her second photographer had to capture the image she was trying to get.

Each day waking up started with her vision becoming more and more blurry. So, she decided to see the optometrist. They prescribed her glasses and said pain around her nose and eyes would be from her body adjusting to wearing glasses. She believed him for three weeks until she started hitting curbs and mailboxes when driving her kids to school. Mizell’s son told her she should not be driving anymore and she decided to see a different eye doctor. 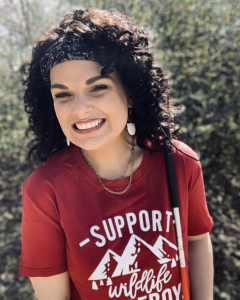 This doctor told Mizell she was developing a disease in her eyes and she would need to go see a specialist.

After 6 hours at the specialist, they told her scar tissue was developing over her eyes and admitted her to the hospital for two and a half weeks to be treated with steroids. It was there that she received her Sarcoidosis diagnosis.

One of the hardest parts about her diagnosis was the increased difficulty of parenting. Driving her kids or trust them to go outside and behave was no longer. She says she has to trust her children, Bentley, 8, Oliver, 6, and Joey 3, to use the knowledge and skills they were taught before she got sick when doing things she could not always monitor.

“So I just had to tell myself I trust my kids,” Mizell says. “They know right from wrong and they can do it.”

Today Mizell is considered legally blind. Losing the ability to see her family and children and giving up her livelihood resulted in a bout of depression. However, the OrCam “MyEye” device gave Mizell hope and a new way to see.

With MyEye, Mizell is now able to make out her children’s faces and complete everyday tasks. The device will read labels out loud as well as her children’s homework assignments.

Dr. Bryan Wolynski, a Low Vision Optometrist and OrCam consultant, first heard about MyEye from a patient. Wolynski says the device has changed many patient’s lives.

One patient was upset because he was losing his independence and disliked having to rely on his family to do things for him such as drive, read the mail, or pay the bills. This device helped give him some of his independence back.

Medicare and Medicaid do not cover devices such as MyEye. Wolynski says this is unfortunate because it is predicted by the National Eye Institute that we are going to have 50% more people in the U.S. population with vision loss by the year 2050.

However, there are ways that the device, specifically warranty, is covered if someone qualifies through Veterans Affairs. There are also payment plans and organizations to help individuals and especially younger individuals to go into vocational rehabilitation. Wolynski says some state vocational rehabilitation agencies will cover the device as well, depending on if the individual is looking for a job. He advises people to explore all the possible options out there.

MyEye can be for anyone with eye disease, no matter what age. The device can help people with a variety of conditions such as Sarcoidosis or even dyslexia.

“A long time ago when I was working in optometry, I really wasn’t specializing in low vision until later in my career,” Wolynski says. “It’s something that found me because I enjoy really helping someone.”

Mizell wants to make sure people do not take their vision for granted. Losing vision does not have a quick fix like getting a cast on a broken arm. She says people should be grateful for the opportunity to see color and faces.

“I really want people to understand that it is such a valuable thing in our life that so many people don’t understand how fortunate and how grateful they are for it, just even having light in your eyes,” Mizell says. “I didn’t have light for over a year and a half in my eyes.”

Mizell has a viral TikTok and Instagram account, both @blind_momofboys. Both accounts document her journey through parenting with Sarcoidosis and advocate for awareness of the disease. She has been able to spread awareness to thousands of people with over 90,000 TikTok followers and over 10,000 Instagram followers.

It is hard for Mizell to wake up blind, put a smile on, and be the best mom for her children every day. She says anyone is capable of overcoming obstacles in life.

“I just want to remind people that they can do hard things, like, I promise you it’s hard but you can do it,” Mizell says.