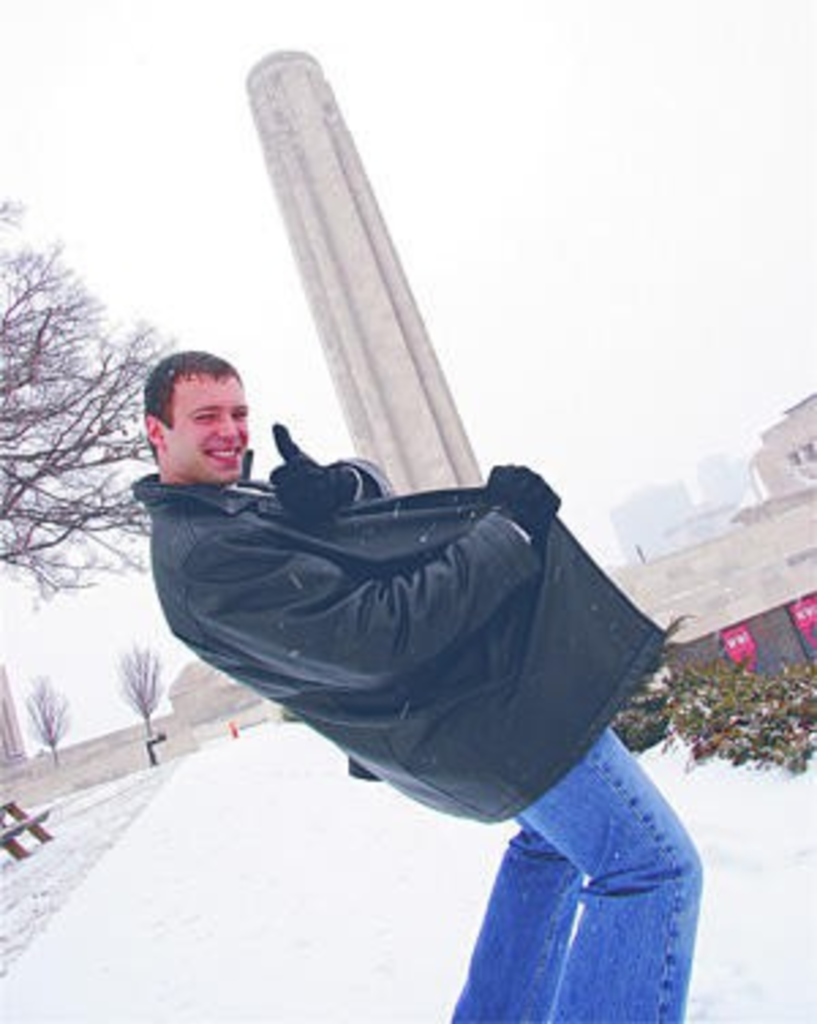 You know what pisses me off about tea party protesters? These motherfuckers had no problem cashing the economic stimulus checks that President Bush handed out last year. No one was in the streets throwing a hissy fit and burning their stimulus checks then. But I’m never surprised by people who protest against their best interests.

Kansas City’s tea party protest takes place at the Liberty Memorial at 4 p.m. Let’s get this straight. There’s going to be a bunch of people talking about teabagging the White House, teabagging Barack Obama and maybe even teabagging Nancy Pelosi at the phallic Liberty Memorial. Great. Guessing this didn’t cross their minds when they picked a place to protest.

Visit msnbc.com for Breaking News, World News, and News about the Economy

Speaking of teabagging, keep an eye out for the spiky-haired skeletor

with a silver spoon).

And there’s no truth to the rumor that KCTV Channel 5 won’t be covering the tea party protests. KCTV 5 news director Tracy Brogden Miller tells me, “We’re actually planning on covering it today.” Which kinda disappointed me. The coverage of the protests has crossed over into overkill. KMBC Channel 9’s Jana Corrie was all over it this morning, practically blowing sitting in studio with KCMO 710’s Chris Stigall.

The Kansas City Star put the story above the fold on the front page. Derek Donovan’s already hearing about it.

Great column by The Kansas City Star‘s Yael Abouhalkah who tries to find meaning in the protests. And TKC has filed a couple of good posts — here and here — about the tacit racism of the protests. It’s hard to argue, especially with the teabaggers vehemently claiming Obama wasn’t born in America. Bring it, birthers.