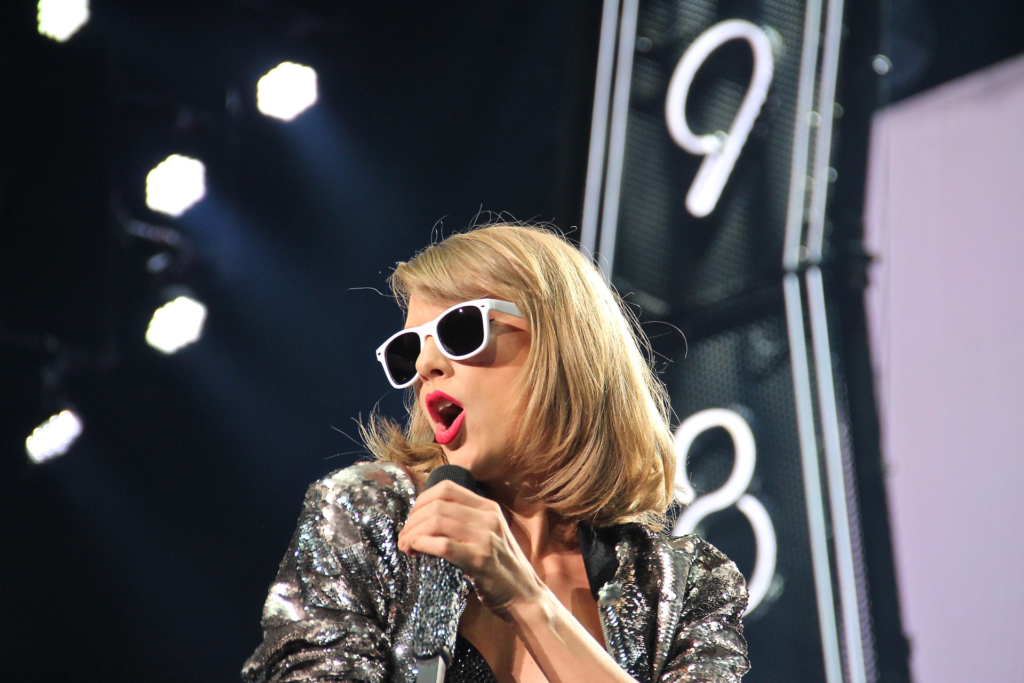 For the review and photos from Night One, go here.

There is no bigger name in music right now than Taylor Swift. Since the release of last year’s smash-hit 1989, Swift, already a big name, has had a stratospheric rise to superstardom (just when you thought she couldn’t get any bigger). And last night — at her second and final Kansas City show on the 1989 tour — she demonstrated well why she’s currently at the center of the celebrity universe. Swift commanded the arena once again for two hours of glittery pop power. 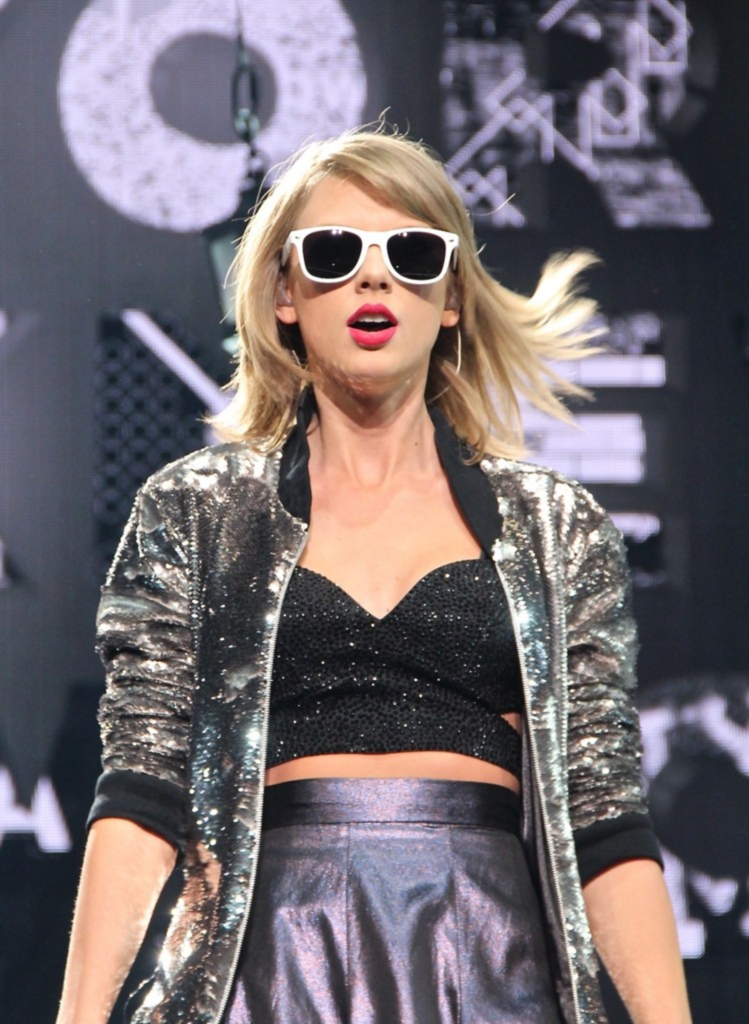 Swift promptly began her set at 8:30 p.m., after a warm opening from the Mumford-esque Australian singer-songwriter Vance Joy. Swift’s affinity for New York City was immediately brought to the stage as she opened with “Welcome To New York,” backed up by a dozen male dancers as a shimmering New York skyline played on the screen behind her. The sold-out crowd screamed its enthusiasm, and dozens of audience members flashed homemade signs, emblazoned with “1989” or “I LOVE YOU” in LED lights. Hundreds of other audience members waved light-up batons, and 13,000 glowing wristbands (one was taped to each audience member’s seat) pulsed with every beat.

The shows on this tour make it clear that Swift has made the departure from Nashville for Broadway. For her performance of “How You Get the Girl,” the stage was transformed — quite convincingly, thanks to the falling raindrops on the huge LED screens behind the stage — into a rainy New York street, complete with glowing lampposts. The dancers waved lit-up umbrellas, as the LED rain splashed up from the floor. It was all spectacle and quite beautiful, particularly when the lampposts rose from the stage and the dancers acrobatically clung to them and swung around them in impressive feats of raw strength. 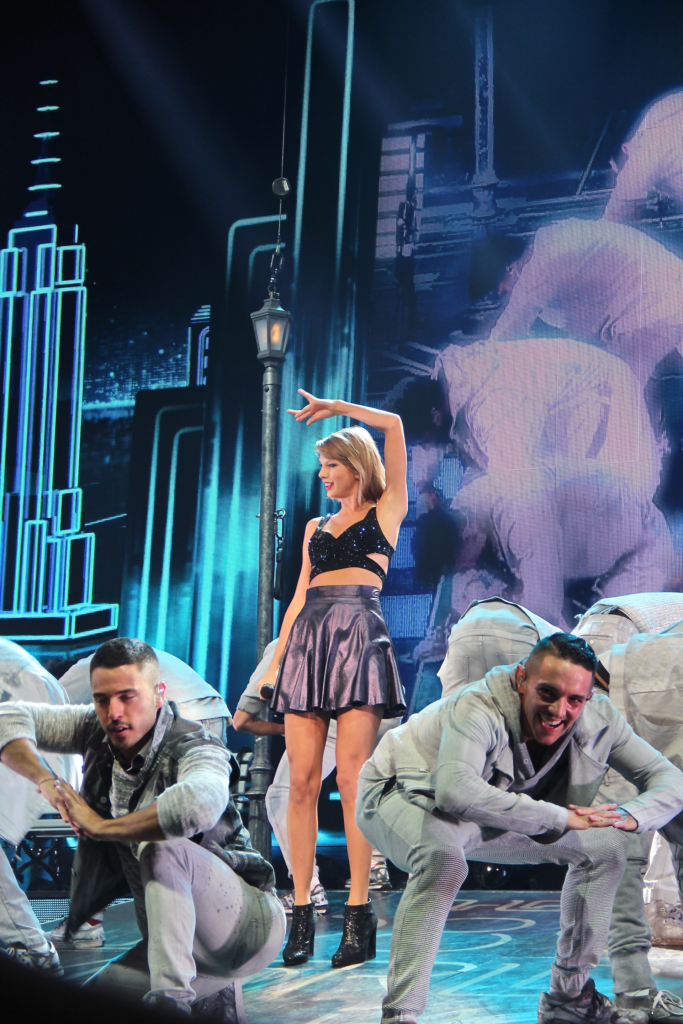 The dance troop again captivated during “I Know Places” as they donned sparkling luchador-style masks, and brought to the stage a series of doors on casters. The dancers flung the doors open and shut, dancing around them, eventually moving them down the catwalk — all part of Swift’s choreographed parade. As she serenaded the crowd at the rear of the stadium, the dancers bounced back and forth between the audience members on either side of the catwalk. Compared with other big pop spectacles in the last year, Swift’s show felt more like theater. Generally speaking, the entire performance was far less sexualized than either Miley Cyrus or Katy Perry, the choreography more focused on creating a feeling than necessarily highlighting Swift.

Probably because Swift needed no extra highlighting. Her face was held in close-up on twin screens on either side of the stage, and the audience, primarily younger girls and women, were sublimely focused on her, singing each lyric with conviction. The primal focus on Swift came to a fever pitch when the dancers and band left the stage, and Swift, alone at the end of a rising (and ultimately rotating) catwalk, introduced “Fifteen,” a song she wrote 10 years ago about the insecurities of high school. The song still resonates — at least, it did with last night’s crowd, based on the rapturous response to her acoustic performance. It was the only song from the evening that hearkened back to Swift’s earliest material, and was a sweet moment that felt sincere. 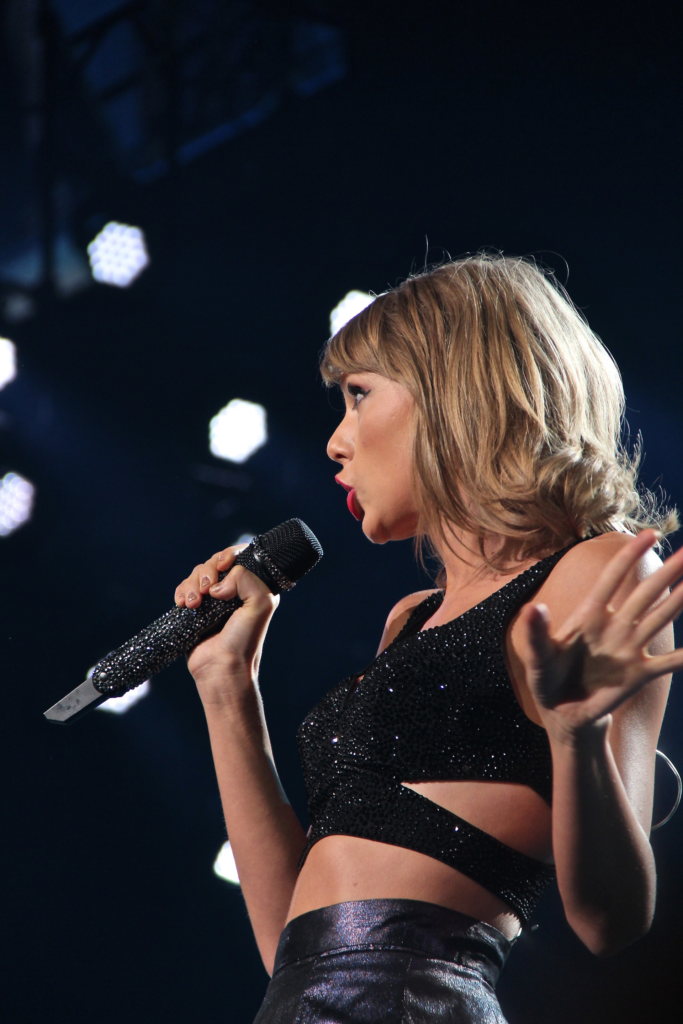 Swift then thanked the audience, and provided some relationship advice about healing and moving on past an old relationship, as an opener for the song “Clean.” It was a Swift-as-everyone’s-bestie moment, which tied to a loose theme through the evening of female friendship.

One of the more surreal elements of the show were the interstitial videos (played during set and costume changes) that featured Swift’s celebrity friends, including Jamie King, Lena Dunham, Selena Gomez and the Haim sisters, among others, extolling the virtues of Swift and the perks of being her friend. Swift has famously surrounded herself with this “squad” (many of these women were also featured in the video for “Bad Blood”), and while much of their praise of Swift may be merited, it was also somewhat off-putting. An adult woman surrounding herself with other impossibly beautiful, wealthy female celebrities in a very public, high school-esque clique (and then famously promoting this clique) feels a bit sophomoric from someone in her position. (Also: Hearing Lena Dunham say “Many people associate New York with me” was truly painful — whether she was joking or not.)

While strange, the videos detered little from the show, which was fast-paced and visually stunning. Highlights included an expressive, fun performance of “Bad Blood” an amped-up, rock version of “We Are Never Ever Getting Back Together,” and “Style,” which featured Swift and her dancers fiercely strutting down the catwalk, the dancers wearing shiny purple suits and vogueing as they returned to the stage. Swift wore a gorgeous gold-sequinned bodysuit and cotton candy skirt for her performance of “Wildest Dreams” and “Out of the Woods”; during the latter giant paper airplanes floated above the stage and the audience, held aloft on long sticks by Taylor’s dancers. It was surreal and lovely.

Swift closed huge and mighty with “Shake it Off,” wearing a glittery purple fringe crop top and high-waisted shorts. The catwalk rotated around the arena like the propeller on a helicopter. Swift smiled and soared, sounding clear and focused as she had all night. With everyone’s wristbands pumping in time with the beat and Swift sailing overhead, it was pop spectacle at its finest. 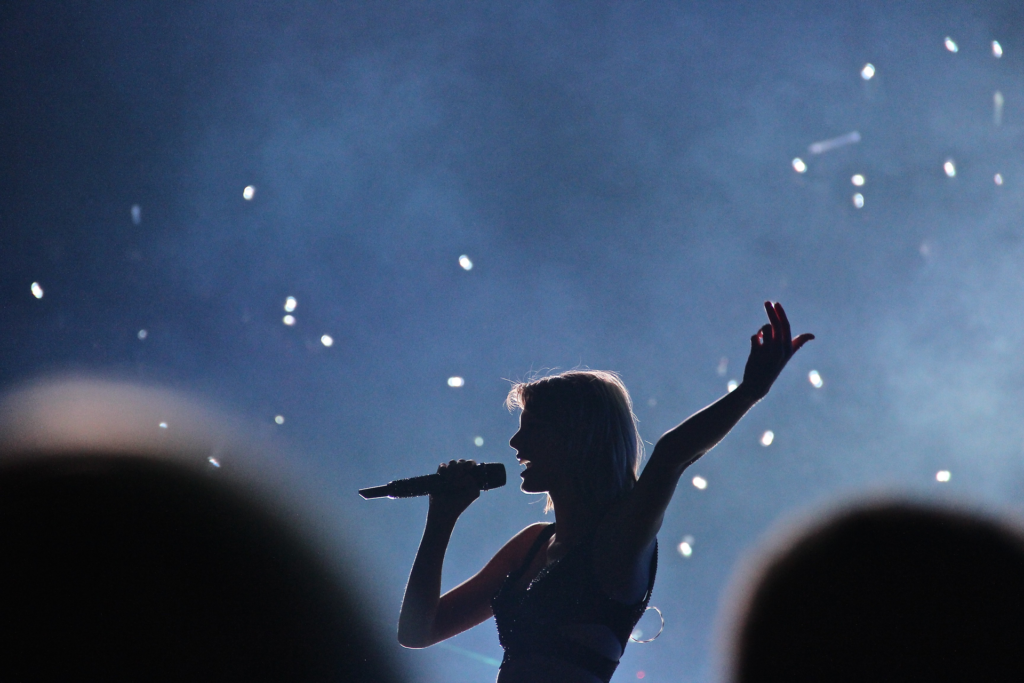 Leftovers: A bit disappointed there was no special guest for the evening; the Monday night crowd was treated to Dierks Bentley. Oh, well.

Setlist:
Welcome to New York
New Romantics
Blank Space
I Knew You Were Trouble
I Wish You Would
How You Get the Girl
I Know Places
Fifteen
Clean
Love Story
Style
Bad Blood
We Are Never Ever Getting Back Together
Wildest Dreams
Out of the Woods
Shake It Off