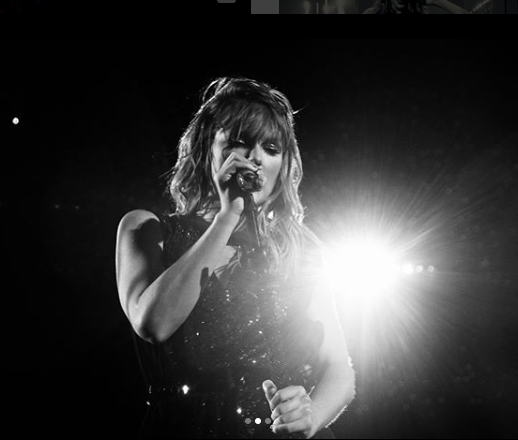 The whole country is a crumbling mess, but things are going well for at least one person: Taylor Swift.

The 28-year-old pop megastar is at the height of her career, despite a tumultuous 2016. (Bustle does a nice job of tracking all the receipts, should you care to relive a simpler time.). Swift’s 2017 album, Reputation, was pre-ordered over 400,000 times (beating her own personal record), was the fastest-selling record to hit No. 1 on iTunes, and was the top-selling album of the year. The Reputation tour has set new attendance records — like the one she broke at last night’s Arrowhead Stadium, when over 58,000 Swifties turned out to cheer on the new Taylor.

And make no mistake: This is a new Taylor. She’s got a lot of the same sunshine-y qualities the old Taylor had — she can still summon unbridled enthusiasm and piercing screams from her legion of devoted fans, and you can feel her million-watt smile even in the nosebleeds — but she’s learned some tough lessons. Like most of the (largely female) fans that have followed Swift over the evolution of her 12-year career, her battle armor sports more than a few dents.

The new Taylor revels in those rough edges. The new Taylor struts across an epic stage in combat boots and dark lipstick, smirking and serving side-eye in step with every throbbing bass line in “…Ready for It?” She has reclaimed the “snake” label she was branded with, opting to feature jewel-toned serpents slithering across massive video screens and giant inflatable cobras. And every song off Reputation — which dominated last night’s setlist — shirked the bubblegum princess narrative that has closely followed Swift (by her own design or not) since her early days. Swift has recast herself as the sinister black widow detractors have always accused her of being on the inside. It’s working for her. 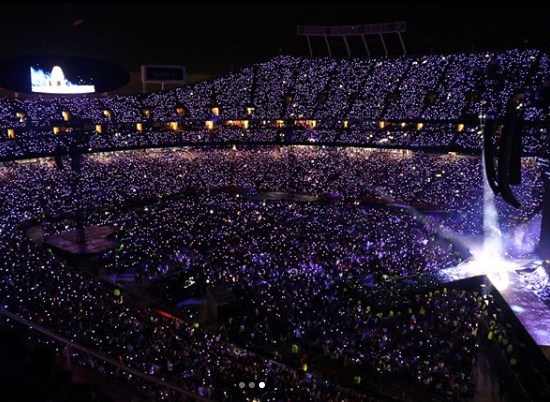 Last night’s show, like all others so far on the Reputation tour, was a spectacle. There was a horde of beaming, gyrating dancers flanking Swift through nearly every song, and they changed costumes as often as the star (about a half dozen). There were confetti cannons, Fourth of July-worthy fireworks, impressive pyrotechnics. As on Swift’s 1989 tour, tens of thousands of color-synchronized LED wristbands were handed out to attendees upon entry, and they lit up the stadium.

Swift zip-lined — via a skeletal snake cage — to two smaller stages at the rear left and right of the stadium, ensuring that everyone got a good glimpse of their girl. To her fans, she was relentlessly gracious; this is signature Taylor, who has frequently called her fandom (as she did last night) the “longest and best relationship” she has ever had. But whereas previous concerts found Swift monologuing about the power of believing in your dreams — her well-rehearsed saccharine speeches invariably giving her a tinge of Mother Theresa-esque altruism that left a bad taste with some of her more cynical fair-weather fans (i.e., me) — she seems to have ditched the Saint Taylor bit. This time, when Swift addressed the crowd — usually alluding to Reputation’s themes — it felt genuine.

“When it comes down to it, I think everyone is looking for something that feels real to them — real trust or real honesty or real love,” she said. “And if your reputation doesn’t feel real to you, and you’re afraid that someone could hear something about you and you could miss out on having a real friendship… Kansas City, that’s really delicate, you know.”

What didn’t feel genuine: The girl power dance party that went down during the usually infectious “Shake It Off,” where opener Charli XCX could not have looked less enthused to be sharing a stage with Swift, her glittering dancers, and fellow opener Camila Cabello. (Cabello seemed perfectly cheerful.) Ah, well.

Beyond Reputation, Swift dug into her extensive catalog for some deep cuts; “The Story of Us,” from her 2010 album Speak Now, garnered some of the loudest sing-alongs of the night. Other highlights included the standout “Don’t Blame Me,” a blistering, soulful rock ballad, and “New Year’s Day,” which Swift performed solo, seated at a grand piano. Despite a cold (evidenced by a nose-blowing break just before “Dancing With Our Hands Tied”), Swift’s vocals were on point.

Another notable element was a video featuring the spoken word poem “Why She Disappeared,” which played just before the final set. This was the closest Swift came to directly addressing the accusations that preceded Reputation: “Your kindness is fake”; “Your pain is manipulative.” And in a stoic voice, she lamented: “Whatever you say, it is not right. Whatever you do, it is not enough.” It’s a sentiment that Swift’s fans — and literally every single person, at some point — feel in their bones.

What a pleasure, then, to find that Swift — a little broken, a little wiser — is more than enough. 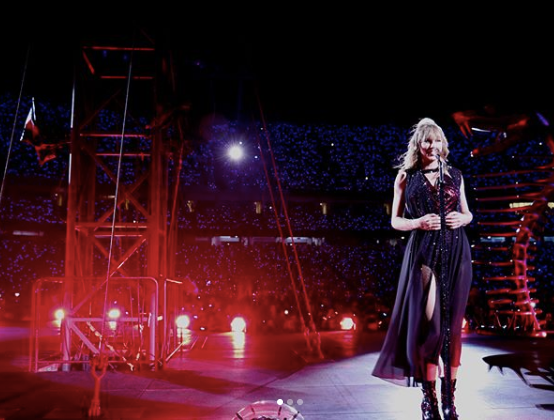 I Did Something Bad

You Belong With Me

Look What You Made Me Do

King of My Heart

Dancing With Our Hands Tied

The Story of Us

Call It What You Want

We Are Never Ever Getting Back Together

This Is Why We Can’t Have Nice Things