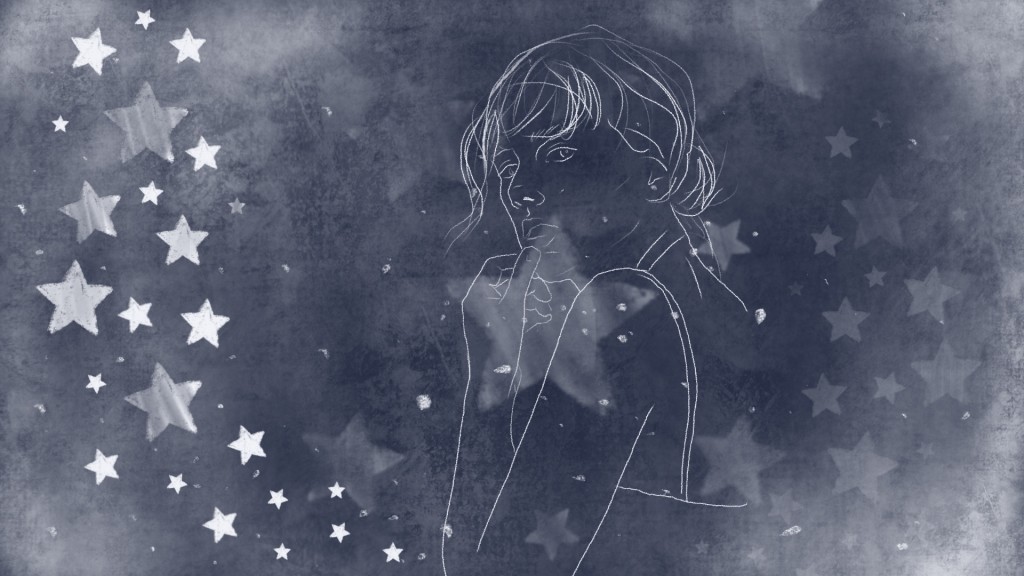 Taylor Swift has reinvented herself multiple times over.

She’s been a country sweetheart, a pop superstar, a vengeful powerhouse, a romantic realist, and now, a folksy storyteller. The longevity of her career, in part, is by reason of reinvention, a major theme of Swift’s Netflix documentary Miss Americana. Though nobody could have seen this album coming, folklore feels like the perfect evolution for her.

For a woman thought to rely on failed relationships for subject matter, Swift has taken that narrative and flipped it on its head. Aptly named, folklore is a series of stories both real and fictional. The album is a woodsy, ethereal departure for Swift, whose raw and hushed vocals complement the dreamlike, acoustic backings for the 16-track surprise album.

Materializing on Instagram the night before its July 24 release, folklore seamlessly blends reality and fantasy in a way that could only come from being written completely in isolation. In her eighth album, Swift blows her repertoire wide open with imagery of childhood innocence, emotional insecurities, unwavering curiosity, and point-of-views that aren’t her own.

The lack of pop songs is a notable change for Swift, who once existed completely outside of the pop realm, but they are not missed. Her subdued fairytale ballads mix youthful naïveté with comforting wisdom, gifting listeners surreal stories that transport far away from the harshness of the world’s current reality.

Comparably, it’s like taking a peek inside a diary and finding the authentic emotions behind experiences that are timelessly true. With Swift’s inclusion of notes and diary-like submissions, it’s no surprise she gave us a peek inside her mind.

Swift herself describes it best on Instagram as “a collection of songs and stories that flowed like a stream of consciousness.” The echoed and introspective lyrics are reflective of an imagination running wild, as Swift puts it. Though isolated, Swift managed to remotely create an album, which is likely to never be toured, alongside The National’s Aaron Dessner, Bon Iver’s Justin Vernon, and Bleachers’ Jack Antonoff.

Unbridled imagination is a common theme from start to finish, but is especially apparent in “the last great american dynasty”. Here, you get to know Swift’s rendition of Rebekah Harkness, the benefactory widow of Standard Oil Company’s William Hare Harkness and former owner of Swift’s coastal Rhode Island home.

The historical tale of Harkness is elevated with imagery of lush parties, whispered judgments, and glittering grandeur, all of which parallel Swift’s own fate at the Rhode Island mansion. Harkness “filled the pool with champagne and swam with the big names / and blew through the money on the boys and the ballet,” and decades later, Swift would be met with similar criticisms as she hosted large gatherings with her celebrity friends. She acknowledges this with the line “I had a marvelous time ruining everything,” cheekily announcing that she has no interest pleasing anyone but herself.

Swift departs from recounting her own experiences for a good portion of the album, evident in one storyline carried through at least three songs. In what is named by Swift as “The Teenage Love Triangle,” three love triangles are recounted through the eyes of each of the participants in different stages of their lives.

Internet sleuths believe these songs to be “betty,” “cardigan,” and “august.” Another contender is “illicit affairs,” which establishes the emotional mess a love affair leaves behind. The complex narrative presented by Swift tells the story of James and Betty, lovers interrupted by James’s summer fling with another person, possibly Inez. Continuous imagery of secret meetings in cars, the comfort of a cardigan, and a reconnection on a front porch overlaps between songs, hinting at their connection.

Yet the genders of the love triangle participants are undetermined. The names James, Betty, and Inez come from the three daughters of Blake Lively and Ryan Reynolds, two of Swift’s closest friends. Others speculate the origins of Swift’s name, as she is named after James Taylor, performs as coded language in the gender-bending love triangle. Whatever way you look at it, the genders of these lovers in any of album’s songs are up to interpretation, expanding Swift’s subject matter beyond the heteronormative subjects of her past.

“Betty” reveals regret and sorrow for James as the regretful summer affair that ended his relationship with Betty comes to light. Swift sings as James, a different approach from the gendered-pronouns used by Swift in songs prior. The harmonic melody speaks for itself, carrying listeners to thoughts of hopeful innocence when reality looks dismal.

Switch to “cardigan,” where Betty recounts her love with James through rose-colored glasses. The lyrical, piano-backed love letter evokes a sense of longing for what is safe and comfortable, like your favorite cardigan would be, and knowing that it’ll be there when you’re ready for it.

Rounding out the triangle, “august” provides a wistful yet alluring rendition of a summer fling through the eyes of the other woman, ending with the consequence of losing a lover that wasn’t “mine to lose.”

Other notable tracks, like “peace” and “mirrorball,” depart from the warm and fuzzy radio-hits Swift is known for. Both feel like revelations; “peace” being an introspective plea for love and assurance, while the melancholic and somber “mirrorball” reveals hidden insecurities about being able to “change everything about me to fit in.”

Change is a defining characteristic of Swift’s 14-year career. Though her sound has evolved and commanded notoriety in every genre, the songwriter she became renowned for is alive and well. I can’t help but think, where will Taylor Swift take us next?

I’ve been a fan of Taylor Swift from the launch of her career. The evolution of Swift and her music is reflective of how her fans have grown up with her. Periods of my life have been defined by Swift’s eras, from the teenage naïveté and hopefulness of Fearless to the jaded yet powerful honesty of reputation. Swift has progressed as an artist alongside her fanbase, and folklore is an indicator of how far she’s come. Undeniably honest and hopeful, folklore reminds us to continue dreaming about a life that’s soon to come.