Taste the Rainbow: Colors fills you in on macarons 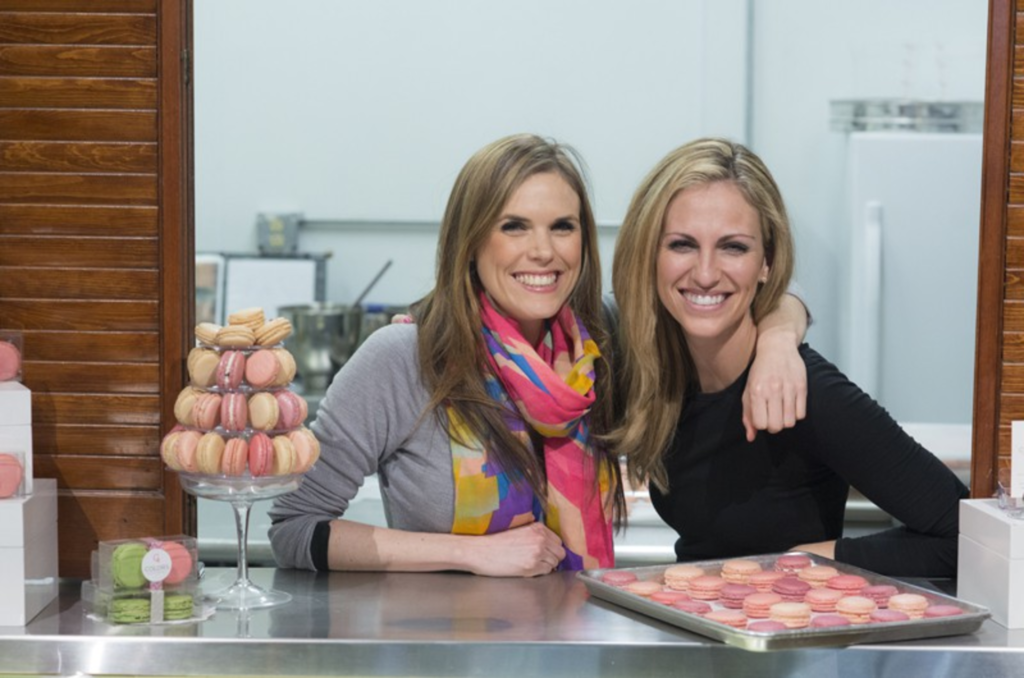 You can make a French macaron taste like almost anything, but Sarah Rami has her limits.

“I heard there’s a Vegemite macaron,” says Rami, who co-owns Colors Macarons with Colleen Kirk and is a native of Brisbane, Australia. “I’m not going to experiment with it. I love Vegemite, but I don’t think anyone else will eat it.”

Macarons work well with unusual flavors because the outer shells don’t overwhelm the palate. The cookie part is made from powdered sugar, almond flour and egg whites, with some coloring thrown in and, sometimes, a relatively mild additional flavor (such as cocoa powder in a chocolate macaron). “There’s a sweetness,” Kirk says, but the point of the shell is simply its texture: “crispy, crunchy and chewy.”

The filling – traditionally buttercream, ganache or purée – is what drives the pastry’s taste. “It’s endless what you can put inside,” Rami says. “It’s so much fun. I was hungry the other day, so I put a dried apricot in, and I’m inspired to make an apricot macaron.”

Rami won’t flirt with Vegemite but she does play around with other possible fillings: a bacon jam from local company Our Sassy Pantry, for instance, to make a breakfast-style macaron that’s savory and sweet. (She and Kirk are also experimenting with other jams from Our Sassy Pantry, such as blueberry balsamic and ancho cherry.) Jasper’s Restaurant has just started carrying Colors’ cannoli macaron, which has a ricotta-and-mascarpone filling. And this summer, the women are participating in Hotel Monroe’s First Fridays, giving out samples and selling their macarons in the hotel’s loft space.

Rami and Kirk met through their husbands, who are friends. “We’d go to food events, collaborative dinners … we’d bump into each other at events and discovered our passion for food,” Rami says. She was managing the Roasterie’s retail locations and had become intrigued by macarons, so she worked an apprenticeship at Milk & Honey, a local bakery that specialized in macarons. Milk & Honey’s closing signaled an opportunity for Rami and Kirk, who opened Colors in October. 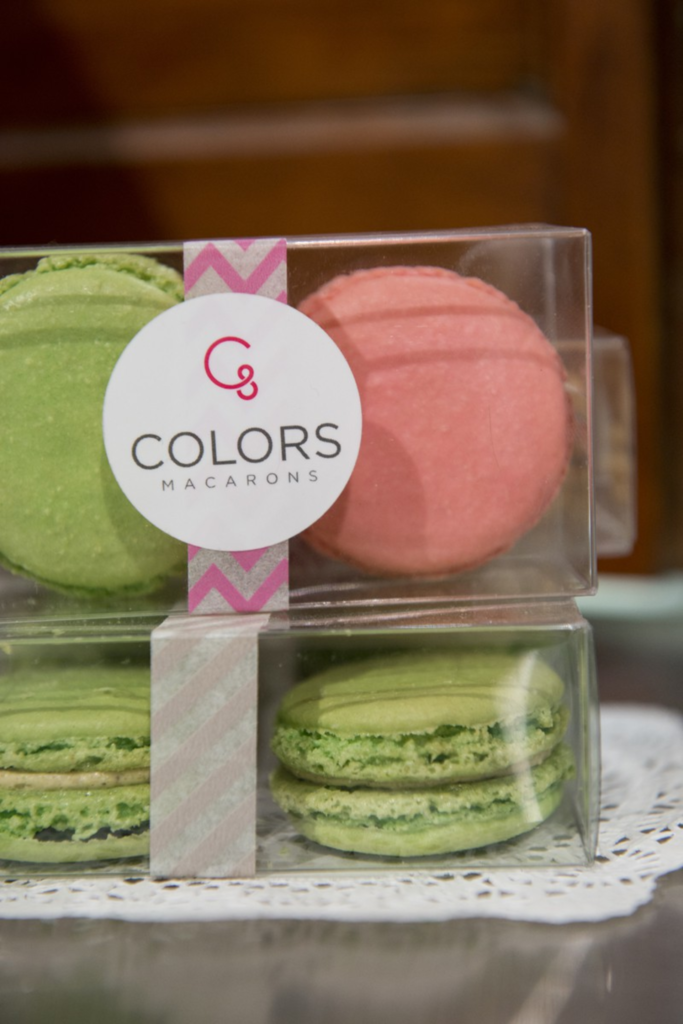 They named the business Colors because they like what the word represents: diversity, brightness, happiness. Macarons themselves come in a spectrum of colors, and the word also allows the women to expand their line without confusing loyal eaters. With Rami being Australian, she and Kirk briefly considered the British spelling: colours. But she says she’s used to the U.S. spelling, which has the virtue of being more Google-search-friendly.

For now, Colors operates out of a kitchen in the Opera House Coffee & Food Emporium in the City Market; that’s where the baking happens. The macarons are sold at the Roasterie, Chez Elle, Hen House in Corinth, and other places around town, for $2.25 each. Rami and Kirk hope to open a retail space within the next year – “ideally in the Crossroads,” Rami says.

Colors is one of a handful of macaron bakers in town, which means that Rami and Kirk often meet people who haven’t eaten the pastry before. “It’s about 50-50 at events,” Rami says. “I’m excited there are still a lot of people who haven’t tried it yet.”