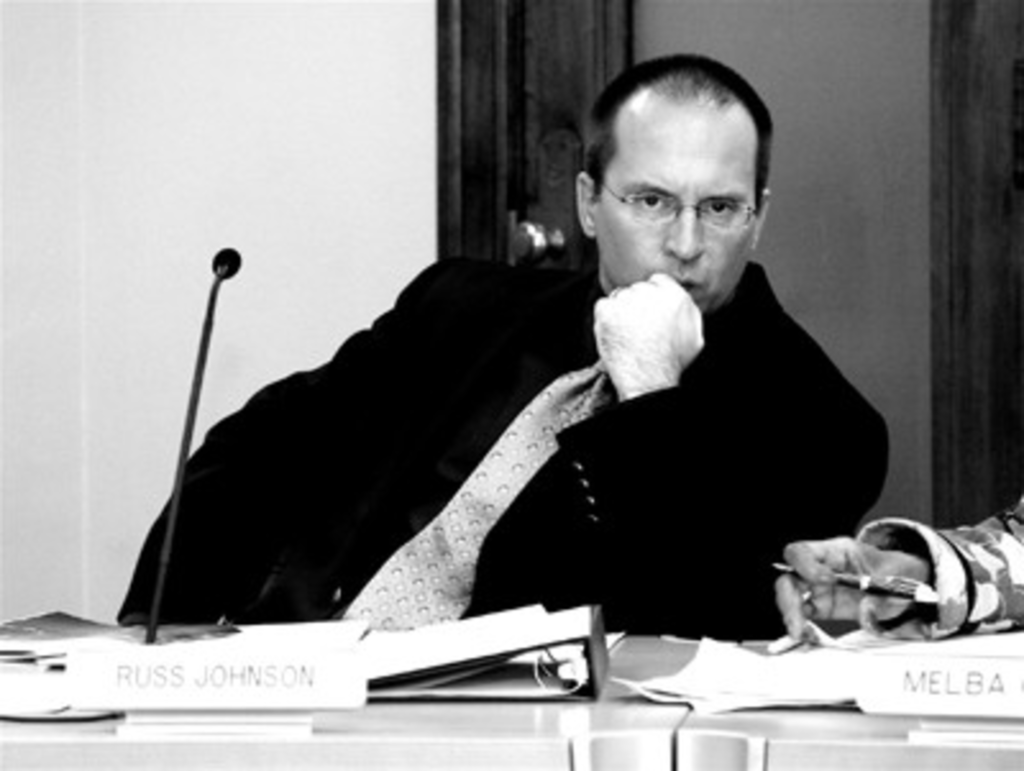 At his inauguration, the new president spoke of harnessing the wind and transforming education. Kansas City hopes to make it easier for cars to reach On the Border and the other chain restaurants on Barry Road.

With the economy in a coma, Washington is preparing a shot of adrenaline. Two weeks ago, Democrats in the U.S. House unveiled an economic-stimulus package with $550 billion in spending. The plan includes $90 billion for infrastructure — a promise that sent state and local governments scrambling like fighter jets at a bogey.

In Kansas City, council members and department heads meet on Tuesday mornings to strategize over coffee and doughnuts. The goal: Maximize the city’s share of federally borrowed wealth. At a recent meeting, Wayne Cauthen, the city manager, compared the federal stimulus package to “a grab bag.”

So what does Kansas City hope to pull out of Uncle Sam’s amazing Technicolor dream pocket? City officials have devised a list of 216 projects totaling $1.5 billion. If the city gets its way, Brookside basements will be less likely to flood ($8 million), police will rush to murder scenes in factory-fresh cruisers ($10.5 million), and a new bridge will carry Troost Avenue over Brush Creek ($14 million).

The wish list touches nearly every corner of the city. For $1.5 billion, it should. Still, my eyes kept gravitating to the line items for areas north of the river.

The most recent list of possible stimulus items asks for $163 million for specific highway projects. More than 80 percent of the money would widen roads and build interchanges north of the river. On top of this request, the city wants an additional $174 million for various parks and public-works improvements in the Northland.

Don’t worry — south of the river isn’t getting cheated. A $9.3 million bid for streetscaping along the North Oak corridor is matched by a request of $10 million to enhance Main Street. Columbus Park, 18th Street and Vine, Hickman Mills — you’re on the list, too.

Yet some of the requests for projects north of the river seem senseless. Counterproductive, even.

A highway interchange disguised as a parkway, Tiffany Springs connects Interstate 29 with North Skyview Avenue. It ends at the entrance of Tiffany Greens Golf Club, the former site of a Senior PGA Tour event. The city wants to use the $10 million to extend the parkway to Green Hills Road.

It may be throwing good money after bad. Only a mile long in its present form, Tiffany Springs Parkway is a road of disappointments.

In the 1980s, Ted Ehney Jr. thrilled Platte County officials when he launched a development called Executive Hills North. Ehney managed to build six office buildings on Tiffany Springs Parkway. But the development struggled to sign tenants, and Ehney proved to be a cheat. In 1991, he pleaded guilty to defrauding two lenders and went to prison for a year.

Today, the black office buildings look as dated as an episode of Growing Pains. One four-story structure is empty.

Hotel magnate (and former Ehney business partner) John Q. Hammons tried to pick up some of the pieces. He built the golf club and the surrounding Tiffany Greens subdivision. But a proposed five-star resort never materialized, and the golf tournament moved to the National Golf Club in Parkville.

What is Kansas City’s solution for reviving this boulevard of broken dreams? Make it longer.

Apart from the parks department’s request, the city’s aviation division is bidding for $70 million (!) from the stimulus plan to extend Tiffany Springs Parkway on the west side of I-29. The aviation gang apparently yearns for a day when the street reaches into Leavenworth County and motorists can behold the full majesty of Kansas City’s overbuilt highway system.

The wish list reflects a belief that the I-29 corridor is a gold mine, a notion city officials have held since Ilus Davis was mayor in the 1960s.

For instance, City Hall wants $15 million to lay the infrastructure for a business and industrial park near the airport. The market demand for this project is unclear, though. Three years ago, the city bought a virtually empty office building at the airport’s entrance, the former Farmland Industries headquarters, at a bargain price.

Barry Road is lining up to get more than $24 million in stimulus money. No doubt, Barry Road has come a long way since Metro North Mall opened in 1976. But it’s hardly the pathway to prosperity that Northland boosters make it out to be.

Barry Road abuts a tax-increment financing area that the city created in 1999. Developers have used the TIF to build roads to a Lowe’s and a Wal-Mart and the new Tiffany Springs MarketCenter, which added Target and Home Depot to the rich array of retail choices. (Yes, I’m being sarcastic.)

This TIF area is held up as a model of good development. In some ways, it is. The developers who have gravitated to the area pay full property taxes, which isn’t the case with most TIFs.

At the same time, the request for $24 million indicates that development around Barry Road doesn’t pay for itself. The money would be used for road and interchange improvements made necessary by the thousands of shopping trips to big-box stores and Zona Rosa.

On its face, enabling people to spend money is a good thing. The problem for Kansas City is that it has agreed to forgo a lot of the money — around $117 million — that’s created when people shop at Wal-Mart and other shops in the incentivized zone. Hamster, meet wheel.

Councilman Russ Johnson, who lives in Platte County, runs the city’s Transportation and Infrastructure Committee. He chairs the Tuesday strategy sessions. He rejects my suggestion that the stimulus list betrays a Northland bias.

By my count, the Northland wants almost $50 million in new parkways. In defense of the request, Johnson notes, “You can’t build a new parkway south of the river because they’re already built.”

Johnson makes some good points. The city is asking for $150 million for street resurfacing and sidewalk repair. Johnson says it’s reasonable to assume that most of this money will be spent in older neighborhoods. “We’re trying to be as fair as possible,” he says.

As for spending money for roads in areas that are already getting taxpayer help (like Tiffany Springs MarketCenter), Johnson suggests the stimulus might allow the city to terminate TIF plans earlier than anticipated. Once a TIF plan is ended, the city gets to keep all the taxes generated therein.

So maybe a Northland-heavy wish list isn’t as dumb as I thought. But there’s still some stupidity, as I observed on a recent tour of possible stimulus projects in Platte and Clay counties.

The list of 216 projects includes $3.7 million for extending Tiffany Springs Road from Green Hills Road to Hull Avenue. There’s a development in this area called Genesis at Green Hills. Company literature bills it as “a sprawling community [that] will feature more than 900 homes and townhome units.”

Problem is, sprawling communities are at the heart of the current financial crisis. One of the main reasons that we needed a giant stimulus package was because a housing bubble caused businesses and consumers to act like crazy people.

I’m not an expert in real estate or economic recoveries. But if I were trying to refine Kansas City’s stimulus request, one of the first things I’d cross off the list would be roads that connect to developments with prepositions in their names — like “Tiffany Woods at Rose Creek.”