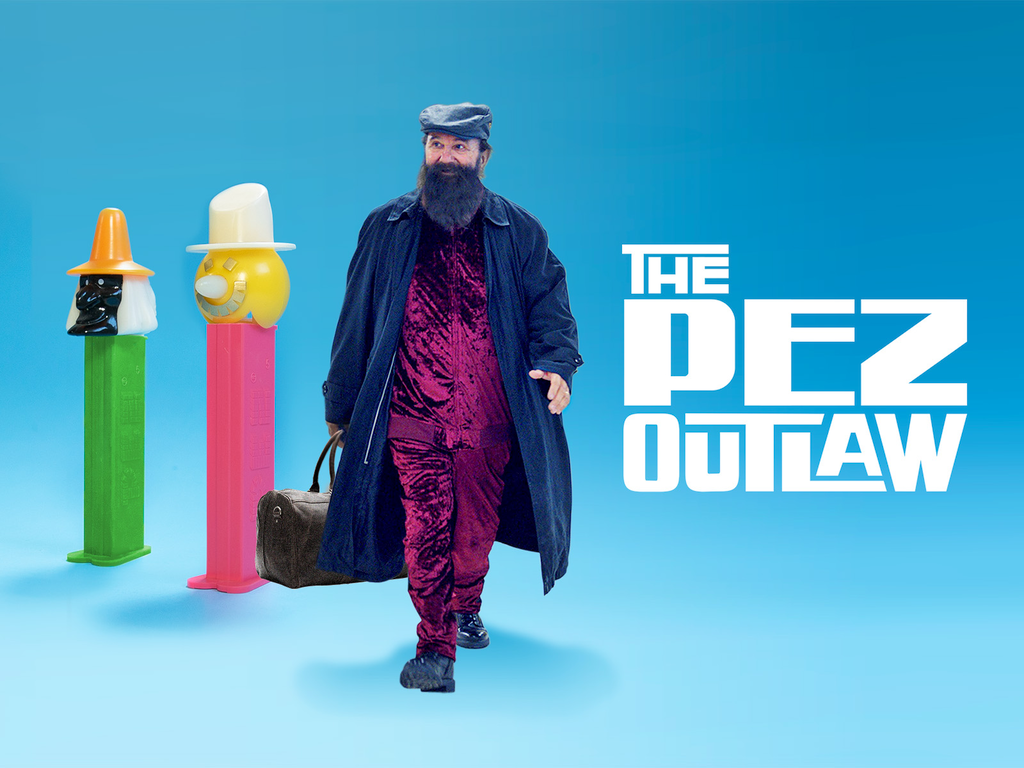 There are many forms a documentary can take, but no matter the design, there are two ends of the spectrum on which they tend to fall. There’s the serious end—your issues-based films, immersive deep-dives and artistic experiments; and the entertainment end—the movies about bizarre subcultures, beloved historical icons or uplifting personal experiences. There’s nothing wrong with either of these; while one end sparks action and imagination, the other is more likely to get mainstream viewers to fall in love with and explore the form.

Amy Bandlien Storkel and Bryan Storkel’s The Pez Outlaw is fully on the entertainment side. This is a crowd pleaser in the mold movies like The King of Kong: A Fistful of Quarters, focusing on a highly specific cultural niche (Pez dispenser collectors) and one guy with an incredible-but-true story that dominates its landscape. While not exactly profound, The Pez Outlaw is a modern tall tale that handily succeeds in hooking viewers early and keeping them invested.

The Storkels’ focus is Steve Glew, a Michigan man who in the early 90s smuggled thousands of rare Pez dispensers from central Europe to the U.S. to sell at conventions, where he made millions. Glew’s gambit put his kids through college and was on the verge of setting him up for life, before a long-standing feud with the American arm of Pez corporate shut him down. The Pez Outlaw divides the storytelling between talking heads including Glew, his family, Pez collectors and corporate executives, and re-enactments of Glew’s adventures in Europe, in which he plays himself.

For the most part, this is a playful tale of a man with big dreams who got to experience the adventure of a lifetime. The film’s re-enacted portions are true to that stranger-than-fiction telling. When Glew says his introduction to the clandestine world of black market Pez dispensers was “like a noir,” the directors shoot it appropriately, in black-and-white, with characters in genre-specific outfits. Glew’s first trip to a Pez factory in Slovenia transitions from snowy post-communist gloom to a rainbow-hued wonderland as soon as the doors open.

The Pez Outlaw’s other route of exploration is Glew’s relationship with his wife Kathy, who’s supported her husband through ups and downs that would test even the strongest union. In addition to his Pez obsession, Glew is OCD (and later diagnosed bipolar), and his connection with Kathy—who’s also a therapist and runs a horse therapy program on their Michigan farm—keeps him grounded. The Storkels allow Kathy to share her own perspective on events, and it’s clear she has her own distinct journey to share.

While this isn’t groundbreaking work, The Pez Outlaw is the kind of story that draws viewers in and fascinates them with details of a world they wouldn’t otherwise know existed. Glew’s tale is an incredible one that deserves a wider audience, and it’s hard to think of a better way to share that story than the vibrant, imaginative telling it gets here. The Pez Outlaw is an engaging example of what documentaries can be, and makes a pleasant entry point into deeper genre exploration for curious viewers.

The Pez Outlaw premieres on Oct. 2 at the Tallgrass Film Festival in Wichita.