Talking Carnival of Souls — which gets the Rifftrax treatment tonight and Sunday — with Michael J. Nelson and Kevin Murphy 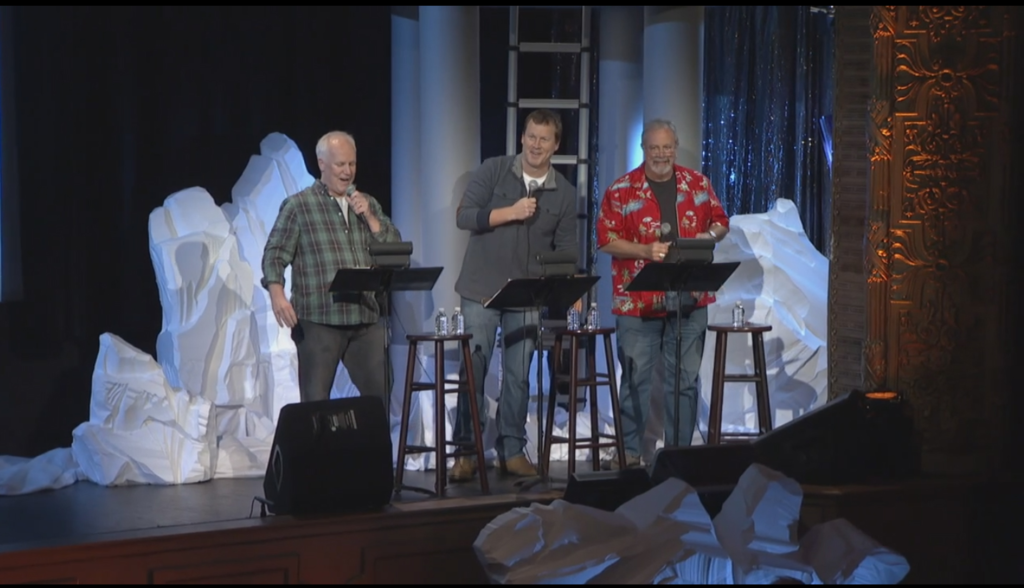 For more than a quarter-century, Michael J. Nelson, the head writer and later host of the cult cable classic Mystery Science Theater 3000 and riffmaster at the like-minded Rifftrax.com, has been amusing audiences at the expense of the late Lawrence filmmaker Herk Harvey.

Nelson doesn’t seem terribly repentant about this. Speaking by phone from Minnesota, he says, “I’ll be 100, and I’ll still be doing this, damn it.”

Then, of course, there is the filmmaker’s greatest legacy, the 1962 horror movie that he shot in Lawrence on a break from Centron. Carnival of Souls — in which a church organist (Lee Strassberg-trained actress Candace Hilligoss) survives a car accident, only to be followed by legions of ghosts to the creepy, abandoned Saltair Pavilion outside Salt Lake City — claims a devoted following, a favorable review and a spot in the Criterion Collection. 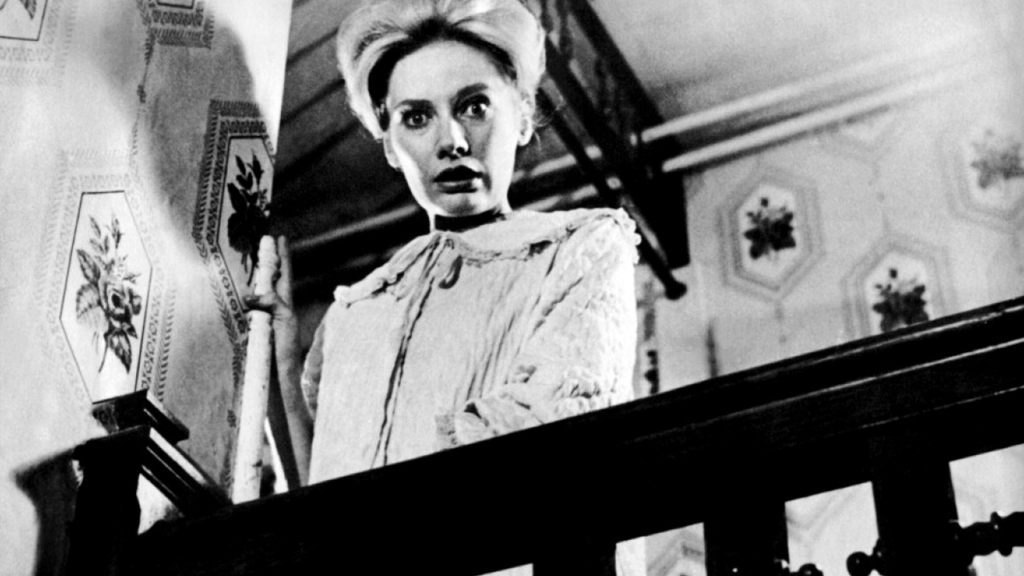 Still, it is getting the Rifftrax treatment.

Nelson and fellow riffers Bill Corbett and Kevin Murphy (who were Crow and Tom Servo on MST3K), who skewered Shake Hands With Danger at a reunion earlier this year, take on Carnival of Souls tonight at 7, broadcasting live from Nashville to theaters nationwide (via Fathom Events). Around here, the film plays at AMC Studio 28 in Olathe, Cinemark’s Plaza and Merriam theaters, and the Southwind in Lawrence. A repeat of the performance screens at 7:30 p.m. on Halloween.

As Nelson explains, the attention isn’t necessarily a sign of disrespect.

The Pitch: What is it about Herk Harvey that inspires you to give his work the same treatment you give, say, Bert I. Gordon’s [who gave us The Amazing Colossal Man]?

Michael J. Nelson: With Bert I. Gordon, we did two or three of his movies. With Herk Harvey, if you look over the course of our career, we’ve done dozens and dozens, if you count the shorts, and I’ve never counted them all up.

You look at Shake Hands With Danger. It was competent enough to make our audience scream with delight. It has nothing to do with the quality of the film. It’s more about the effectiveness of the shot. When the guy’s hand comes off, as rubbery and ineffective as it is, people were mortified by the guy getting his hand chopped off in the front loader accident.

We pointed out there’s a sort of comedy in that there’s a heartbreaking moment when you’re introduced to a guy, and then he dies — we presume he dies — in a gravel pit, and nobody’s attending to him. And that’s the comedy. People are laughing at the fact that no one’s there to attend to him, and, in the shot later, “Could somebody please remove his body?”

We’re bringing the same attitude to it that we do to others, which is to not be unfair to the movie. Our number one thing is comedy, and comedy can’t be unfair because nobody would laugh at it if you were looking at a movie that was competent and saying, ‘That movie stinks!’ It’s more layered than that. We do a bunch of stuff in our comedy that rides on top of somebody else’s work. It’s not always a dig on either the actor or director. You mention it, and sometimes you’ll make a sly dig at the filmmaking process. Most of the time, it’s a kind of comedy that rides on top of the experience that they have. It’s sort of a mix.

This is the second or third time you’ve riffed Carnival of Souls. What about it merits a second try.

It’s got a cool pace to it. It’s got a reputation. There’s also the terms “moody” and “atmospheric,” which I agree with. And that kind of works for us because moody and atmospheric means we get to kind of stretch our legs a little bit and have room and talk and think and ride on top of that mood and atmosphere. Something that is more chatty and energetic is a little harder. It kind of develops like a long episode of The Twilight Zone, where there is a little mystery to it, so it’s fun for audiences. I’m trying to think of another film we’ve done in a live environment that had less dialogue. It actually escapes me. I don’t think there is anything.

The conceit for Rifftrax is different than that of MST3K because you guys are volunteering to wisecrack on the films, whereas, in MST3K, you and series creator Joel Hodgson were prisoners of mad scientists who used terrible movies to drive you crazy.

The out to that in the MST3K case would be — because I think it’s a fun conceit — would be that the mad scientists were failing to do it because those movies weren’t the worst. Whenever somebody asks me “What’s the worst movie you’ve ever seen?” I always say, “It’s the most boring. I can’t remember its title because it didn’t have anything about it that was interesting, fun or mentionable in any way, so I shut it off.”

That’s the conceit of both of our things. With Rifftrax, we’ve expanded it to say, “No. This comedy works on top of good movies and competence. When there is incompetence in a film that otherwise is competence, we point it out.” A negative fest of guys going, like, “This sucks. What are we watching this for?” That’s not entertaining at all.

Comedian, writer, and performer Kevin Murphy has been involved in nearly every incarnation of Mystery Science Theater 3000 and its offshoots. He was with the initial show as a writer from its earliest days, on Minneapolis’ KTMA TV station, then became the iconic voice of gumball-machine robot Tom Servo for the show’s time on Comedy Central and the Sci-Fi Channel. Murphy has also been part of the Film Crew, a direct-to-DVD riffing project featuring fellow MST3K’ers Bill Corbett and Mike Nelson, as well as working with Corbett and Nelson on the hugely popular Rifftrax series of downloadable movie mockery. 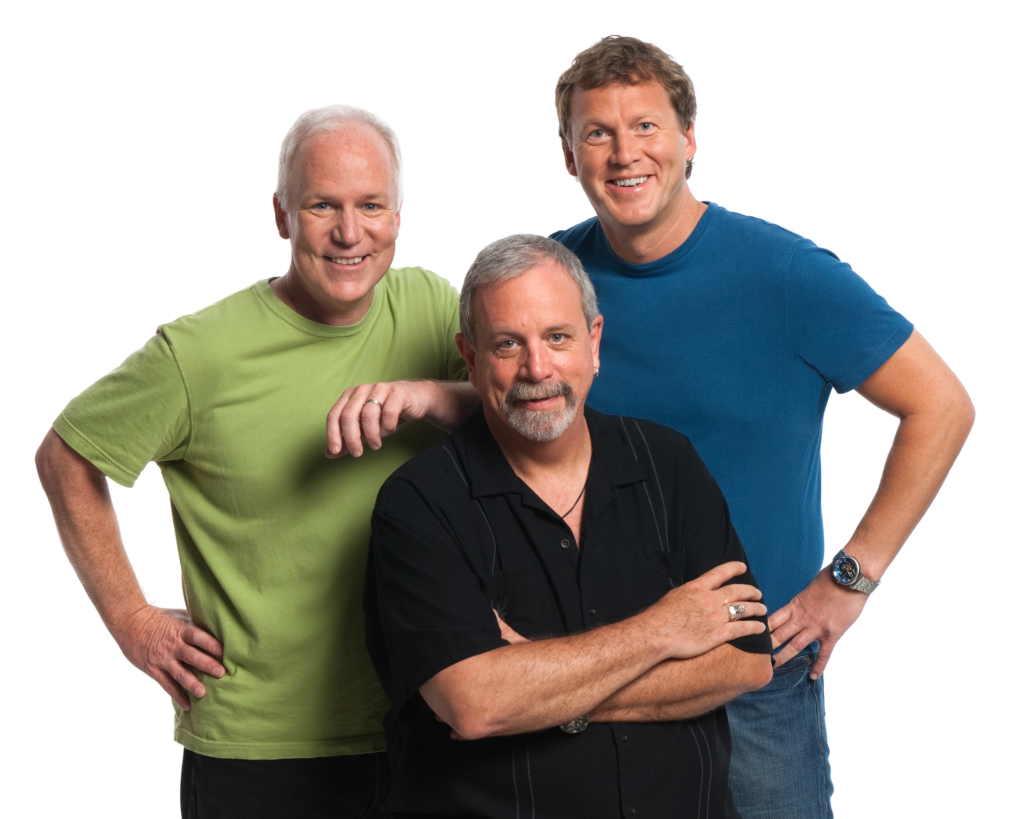 The Pitch: If you live in Lawrence, you feel a certain connection to the films of Centron. How did that studio and its unique product come to the attention of everyone at MST3K?

Kevin Murphy: I think most of things begin with our friend Rick Prelinger, who has the Prelinger Archives and Ephemeral Films, and is this truly amazing curator of short films — particularly ones that have film-culture relevance. He’s the one,  back in the Mystery Science Theater days, who put us onto Herk Harvey and Centron’s films.

There’s such an odd still-frame of the world at the time the films were made. In ways they’re very accurate, and in ways they’re very laughable. But they take themselves so seriously, which is always perfect for us. We always do better with a straight man or straight woman. I think it was Trace [Beaulieu, MST3K alum] who said, “When the movie plays Margaret Dumont to us, then we’re in great company.”

Given that MST3K had done the various Centron shorts, was that what led you Carnival of Souls, or were you familiar with it beforehand?

I think we were familiar with it beforehand, since we had seen so many films, but it was either one of those films that we just never got around to, or that there weren’t enough people around to vote it into being put onto the show. It is an odd one, and maybe it was that we were going through doing a series of really bleak films — like, a bunch of Coleman Francis–Tony Cardoza films or something — and we just got tired of looking at grim black-and-white films in which nothing happens.

Returning to a film and riffing it again after 10 years seems like a tough job. Mike Nelson has said that the Manos: The Hands of Fate live riff let him see that movie through new eyes. Is there an appeal to being able to revisit things?

We go at it with fresh eyes and we start from scratch. There is sort of a challenge to do this once again and cut it from whole cloth. It is a lot of fun to revisit it — it’s such a weird movie — and it’s been so long since we’ve seen it, it’s like re-traumatizing ourselves once again to see it from the start.

Was there anything that stood out on your rewatch of Carnival of Souls?

The thing that stands out is how little that happens in this film. It’s all mood and no action. You can see the end coming about 45 minutes before it happens, so you’re just waiting around for the thing to resolve itself, and it just meanders. The thing gets lost and it needs direction. I think that’s what sticks out the most, and it gives us a lot of room to do what we do. Sort of like Night of the Living Dead: There’s not a lot of dialogue, but there’s a lot of pondering and walking around and looking.

The woman walks around in this movie a lot. You see her go up three flights of stairs at a certain point. They show all three flights of stairs, so there’s plenty of time and opportunity for us to do what we do. For some people, this sort of gets in their head. It gets in there, and it crawls around, so it is very creepy and effective in its own way, and I think that’s what people remember about it. Since it is so dreadfully serious all the way through: again, that makes it perfect fodder for us.