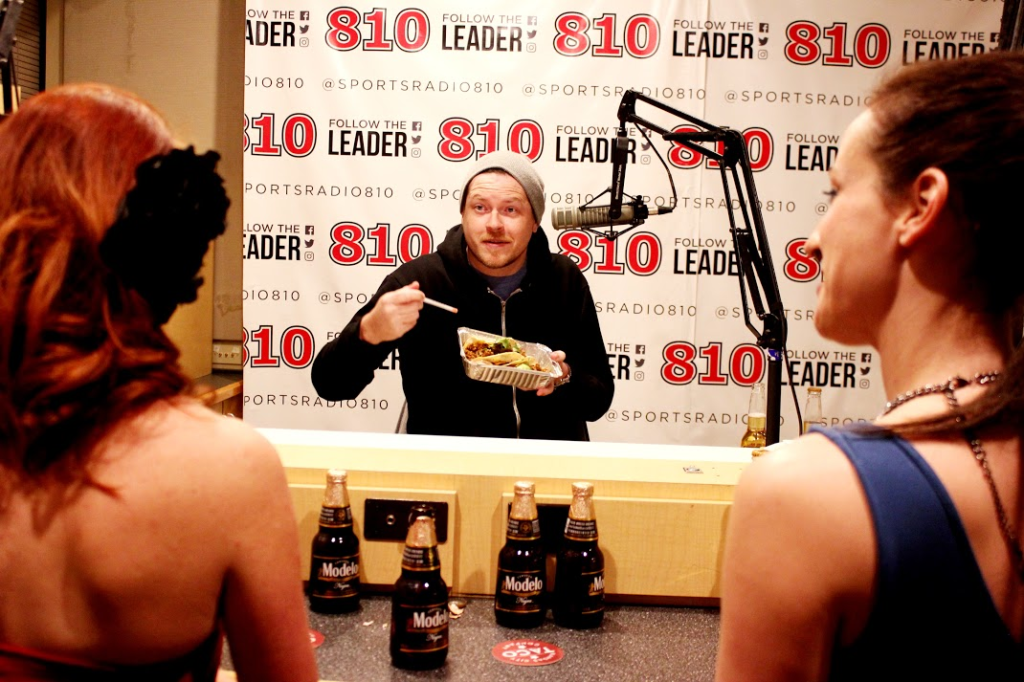 We’ve got tacos on the brain lately: The Pitch’s Taco Week begins next Monday, March 19. But for W. David Keith, every week is Taco Week. Last fall, he started a podcast, Taco the Town, that’s dedicated to tacos in Kansas City. Each week (on Taco Tuesday, naturally), Keith invites a guest onto the show to talk about his or her favorite taco spot, plus the latest in taco news, like a vigil for a burned-down Taco Bell in Alabama or a restaurant employee who assaulted her manager with a burrito.

Keith takes a broad view of what constitutes a taco place: KCK taquerias, of course, but suburban Tex-Mex joints also make the cut.

“The best tacos are always at the authentic places,” Keith says, “but I have nostalgia for Taco Via and Jalapenos, too. Like I say on the show, I’ve never met a taco I didn’t like.”

Keith is 15 episodes into Taco the Town, with about 100 local spots in all that he’d like to eventually get to on the podcast. (Disclosure: he recently asked Pitch publisher Stephanie Carey on to talk about Taco Week.) We asked him to pick his five favorite places so far. 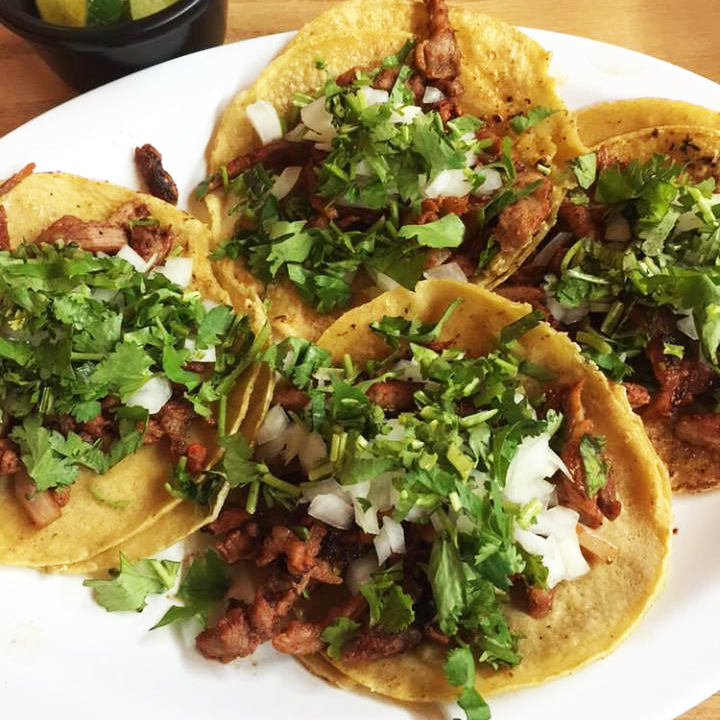 This family-owned taqueria and grocery store, where the al pastor tacos are cut right in the front window, is Keith’s favorite street taco spot. “It’s one of those places that you could order six tacos, eat them all, and you won’t feel bad about it,” he says. “Delicious street tacos done right: they’re not filled too full, and the tortilla doesn’t fall apart. The meat is just great, it’s super fresh.” 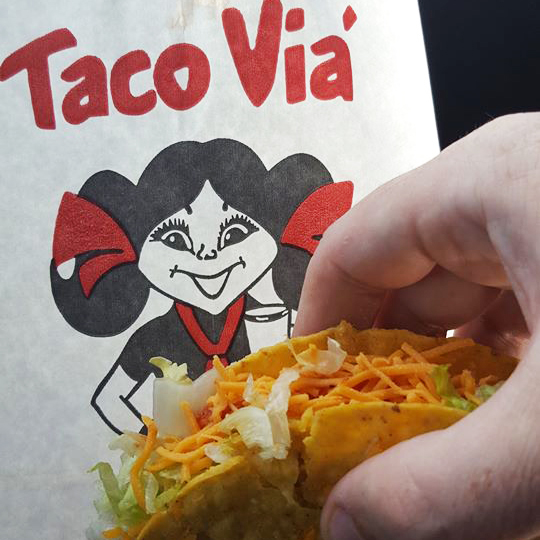 Keith grew up eating Taco Via at the mall while reading comic books, so while they’re “a very suburban taco,” he retains a serious fondness for them. “I’ve eaten there my whole life,” Keith says. “It’s one of the first taco places I ever ate tacos at. It’s where my love of tacos started.” His favorite part? They have “nice little taco holders so you don’t spill all your ingredients in your lap.” 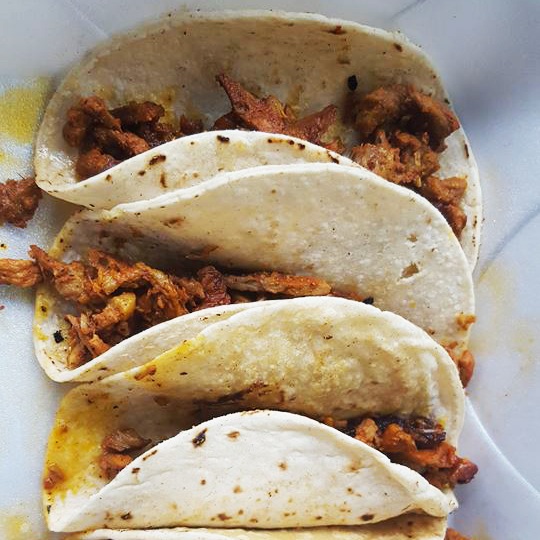 Another family-owned taqueria and grocery store, San Antonio is a tortilleria and carniceria that makes tortillas fresh every day. “They’re the softest and freshest tortillas in town,” Keith says. Similar to El Camino Real, the meat is cut right in front of you, and there’s a large selection of sauces with which to top your tacos. Keith says the beef tacos are “delicious,” but the chicken, or pollo, tacos are the top draw. 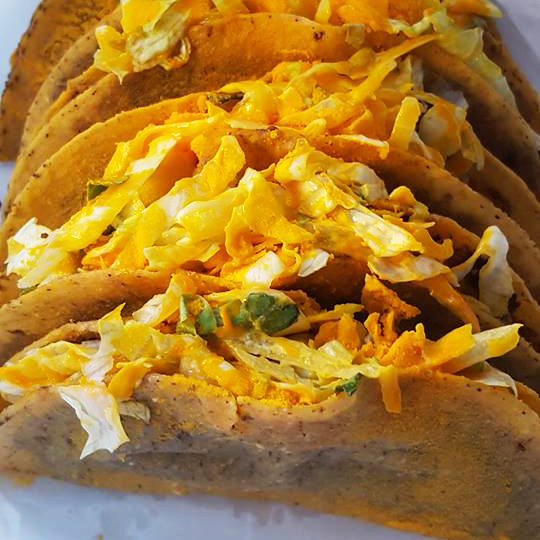 “People swear by these tacos, and they’re very weird tacos,” Keith says of the Northland fast-food spot’s offering. “They’re super thin, a little greasy, and packed with cheese and lettuce, but the best part of In-a-Tub is the powdered cheese sprinkled on top. There’s no other place in town that has tacos like this.” The orange cheese dust (which often leaves a Cheetos-like residue on your hands) is an acquired taste — easier to acquire if you grew up in the Northland eating these things. 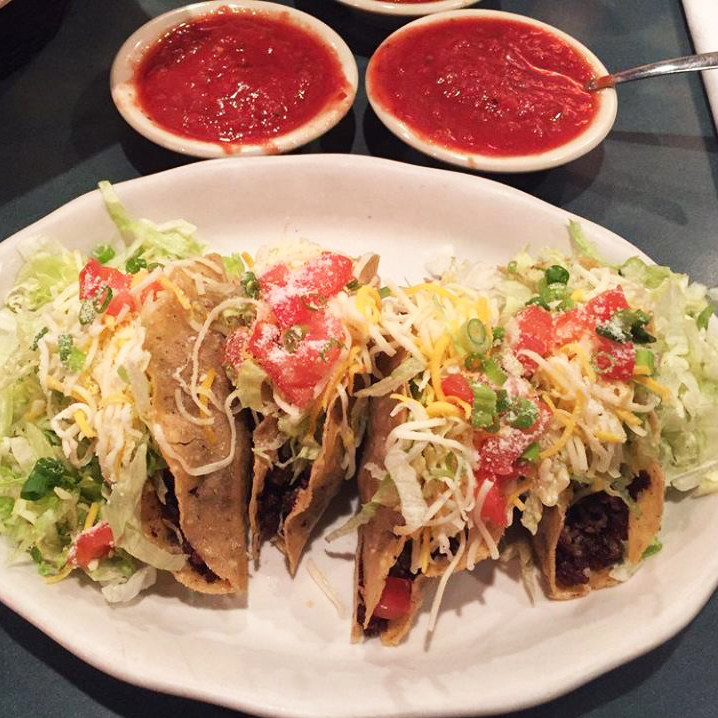 “Back in the day there weren’t as many Mexican restaurants around, [and this] was on of the first ones in the early ’90s that popped up in the suburbs,” Keith says. He likes the deep-fried shells that are “super greasy, but very good.”

Feb 21 all-day Waldo Neighborhood
Shop, dine and discover everything that Waldo has to offer at the 5th Annual Waldo Week celebration, February 21 – 27! Get 25% off at participating businesses from restaurants to coffee shops, retail and unique services at your favorite Waldo spotsFacebookPinterestTwitterLinkedin
Tickets
Atmosphere: Interactive Art Installation