Tails of the City 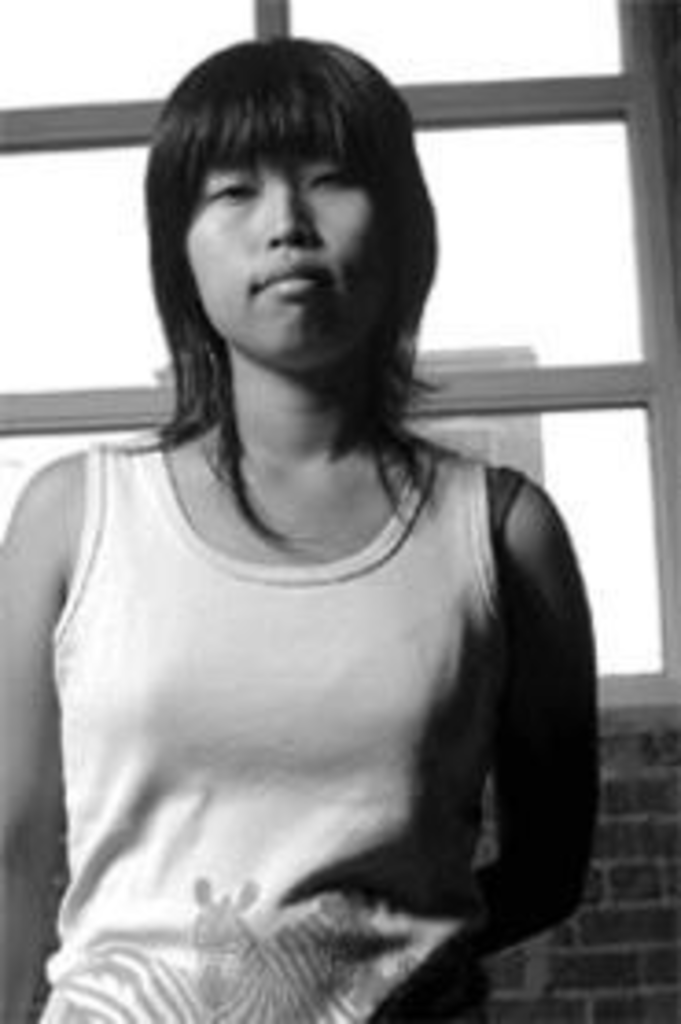 When it comes to haircuts, I’m low-maintenance. Most of the time, I pull loose strands of hair off my face and shove bobby pins into a mussed, swept-back pile — because I am convinced that if you keep sticking pins in your hair, it will eventually look good.

In some ways, I am a hairstylist’s nightmare. But in others, I am a hairstylist’s dream. Because I’m not uptight, see. It grows back. Also, the stylist knows hair better than I do. Even I have a traumatic haircut story, though. The problem wasn’t how the cut turned out; it was that the stylist actually started crying during the haircut because she didn’t understand what I wanted when I said to make it “chunky.” When the most awkward haircut of my life finally ended, the stylist scampered off in tears insisting that I pay only half-price while I tried to comfort her, shouting out reassuring words from the chair.

This is all just evidence that the most difficult part of getting a haircut is explaining what you want. The average person does not have a hairstylist’s vocabulary. The person listening is a professional, is up on these things, probably knows the words you’re looking for. But you yourself are left with “chunky.” A word for peanut butter.

That’s why it should come as little surprise that someone for whom language is a secondary form of communication would be trusted — despite a lack of formal training — to provide haircuts for many downtown artists and musicians.

Naoko Wowsugi is not a licensed stylist, which is one reason she sets up booths at art events instead of at salons, and she calls her haircuts performance art. And they are a lot like performance art. One time, she showed up at the apartment of a punk boy named Grant, after many theoretical discussions about a future haircut, and announced in front of a crowd that it was time for his “Surprise Haircut.” He wasn’t allowed to see it until it was done. For Sean Semones, an artist who was there, this was fantastic entertainment. And Semones liked the resulting haircut — which involved “horns” — well enough to request his own Wowsugi ‘do. He is now growing out the sides of his hair to give her more to work with.

Wowsugi’s haircuts are not jokes. Most of her horned cuts can lie flat and look pretty stylish. But as Wowsugi points out enthusiastically, “When you want, you have horn!” She is now shouting in the otherwise quiet coffee shop where we’ve been talking. And she is not kidding.

When called upon to do something more traditional, she complies. When cutting saxophonist Mark Southerland’s hair, Wowsugi simply understood what his usual haircut was — short and messy — and gave him that. Southerland says getting his hair cut by Wowsugi was “a pleasure” because she didn’t impose her own sense of what a desirable style might be.

A Korean-born photographer raised in Japan, Wowsugi is popularly known as Amber Wolf — a name she gave herself when she got sick of hearing her real name butchered here in the U.S.A. She wanted to give her name to the people behind sandwich counters without having to spell it. Hence, an American first and last name.

When she came to the United States to study art, she lived in Minneapolis with a professional hairstylist who cut friends’ hair in their apartment. Watching, Wowsugi understood hair as a material that could be sculpted in limitless ways. This was exciting. The first hairstyle Wowsugi came up with for herself was an Asian fro. She cut a pencil into tiny segments, using them as minirollers to tightly coil her long, straight hair — which she had been patiently growing to sell at a handsome rate to a company that makes Japanese dolls. Her roommate then applied the chemicals normally used for perms, and Wowsugi came out of it with a gigantic Afro. It was in this state that she moved here and began attending classes at the Kansas City Art Institute in 2001.

Her hair was a conversation starter. People would ask if it was natural. They would ask how she’d done it. That’s how she started playing around on other people’s heads. Fellow student Anna Watson, who served coffee on campus, was her first client. “We collaborated,” Wowsugi says. “We look in the mirror and do the studies.” People in the coffee shop were impressed. They set up their own appointments. Wowsugi estimates that, four years later, she has given around 300 haircuts in Kansas City.

It was only about a year ago that she started doing cuts that made people’s heads look like animal heads. Lions were popular for a while; now she’s moved on to horses. “Right now, my hair, I have pointy cut,” Wowsugi says, running her fingers through a particularly long strand. “This is pointy but, plus, horse mane.” She’s right. Her hair flips up at various points along her neck, with the really long bits sparse enough to make an oddly thin ponytail when she pulls her hair back. It may sound strange, but it’s surprisingly pretty.

“I kind of realized that hair, we can make shape, and we can do whatever we want,” she says. With the perspective that she’s making art on people’s heads, Wowsugi tries to give haircuts that are unique but still attractive.

Most of her regular clients are male punks. When she set up Amber Wolf’s Hair Salon Feel So Fine next to a face-painting station during an early summer carnival at the new West Bottoms venue known as the Pistol Social Club, she started by shaving the head of a guy whose giant coif was mildly legendary. She did it slowly, so when people walked by, they could see it changing.

People came to her booth, drunkenly requesting her services. Only one customer that night was a woman — an 18-year-old punk with long, straight hair. “I did only one girl,” she says. “Girl is kind of defensive about challenging her hair.” This particular client walked away with, Wowsugi says, “Nico’s bangs and Ramones on the sides.” By all accounts, she was pleased with her new rock-and-roll hairstyle.

When you’re getting a haircut from Amber Wolf, you do not say, for example, that you want a “graduated bob” or a “layered cut.” Instead, you can expect to sit down with pen and paper and start drawing.

“Some people tell me they’re complex,” she says. “If they say, ‘My face is too round,’ I draw a circle and we say, ‘OK, how can we cover it.'” After drawing shapes on paper for a while, the customer and Wowsugi agree on a basic hairstyle. That’s when she asks such questions as, “Do you want a horn or something?”

The process makes sense to at least one professional in town. Amber Hodgson, who is opening her own salon called the Darling Room at 18th Street and Baltimore Avenue this month, wishes that Wowsugi would go to beauty school and get licensed so that she could hire her as a stylist. Until then, on First Fridays starting in September, Hodgson plans to let Wowsugi set up Amber Wolf’s Hair Salon Feel So Fine on the sidewalk out front, where she will cut hair for free. (Wowsugi does accept tips.)

The catch is, clients must let her do whatever she wants.