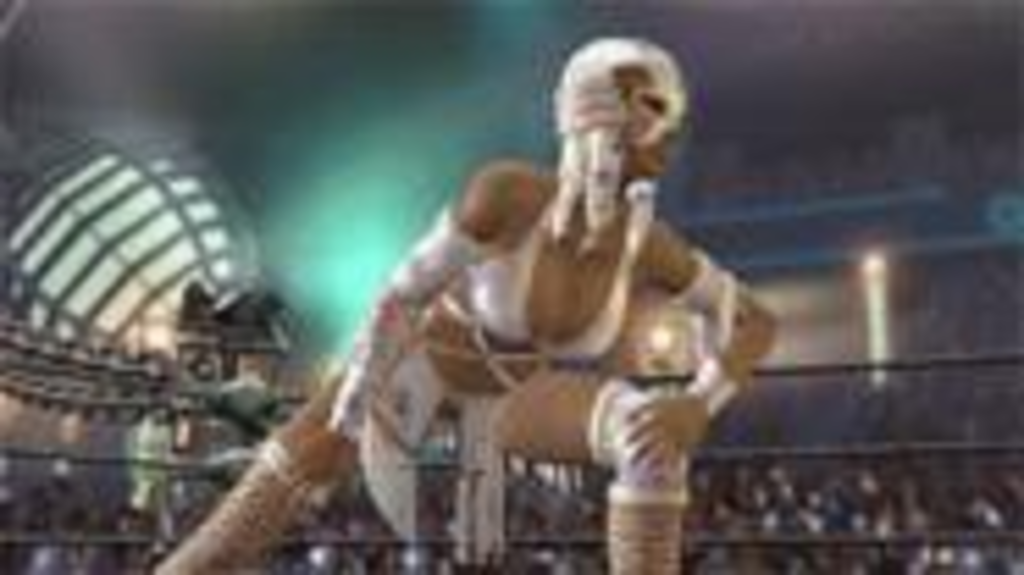 Every fighting game needs a hook to stand out: Mortal Kombat has gore, Soul Calibur has weapons, Def Jam has hip-hop stars.

And Dead or Alive? It has boobies.

The DOA series — developed by Tecmo — made its name with a cast of fighters who look like pinups and fight like Bruce Lee. Think Enter the Dragon, as filmed by Russ Meyer. There are cowgirls wearing Daisy Dukes, thong-clad female wrestlers, even Japanese schoolgirls — all sporting D-cup breasts, and none averse to flashing their panties while high-kicking their way to victory.

The pimping of the DOA girls peaked with Dead or Alive: Xtreme Beach Volleyball for the Xbox. While volleyball was indeed on the agenda, the game mainly seemed like an excuse to take your favorite DOA girl on a tropical island vacation, buy her skimpy bikinis, and have her try them on for you.

Clearly, gamers were enthusiastic about the lovely ladies of DOA. Maybe too enthusiastic: Last year, Tecmo sued a group of programmers who had been hacking DOA games to make the girls appear nude.

But while nobody would downplay DOA’s popularity, few would argue that it offered great games. Serious gamers dismissed the series as the Jessica Simpson of fighting games: pretty, but dumb.

That’s why gamers will be surprised to hear that Tecmo hid something new amid all the cleavage and tushies of Dead or Alive 4: a damn good fighting game.

What’s this!? Who put game play in my cheesecake?

It’s true: While all the scantily clad martial-arts babes, jiggling breasts, and panty peeks are still here, the game play itself has been fine-tuned to the point where DOA finally has the — ahem — feel of a legitimate fighting game.

Some of the changes are obvious. For one, the action is faster — blisteringly fast. After you’ve played fighters like Tekken 5 and Soul Calibur III, DOA4 feels like rolling down the side of the Grand Canyon in a shopping cart.

What distinguishes DOA4 is the countering system. Each bout becomes a tense battle of wits as you try to decide whether to attack, defend, or counter in the space of half a second. Add environmental threats like moving cars, electrified fences, and even hungry dinosaurs, and the game becomes surprisingly tactical, even at its frenzied pace.

With 22 characters in all — including a guest from the Halo universe (no, not Master Chief: appropriately enough, it’s a female Spartan, though you wouldn’t know it, what with all the armor) — there’s plenty of variety in the fighting styles.

And just to show that it hasn’t forgotten what put its series on the map, Tecmo included a “photo mode” that lets you zoom in and take pictures of the girls as they fight. Snap a few dozen pics of the game’s scantily clad honeys rolling around, and you can finally cancel that subscription to Maxim . . . you sad, sad little man.