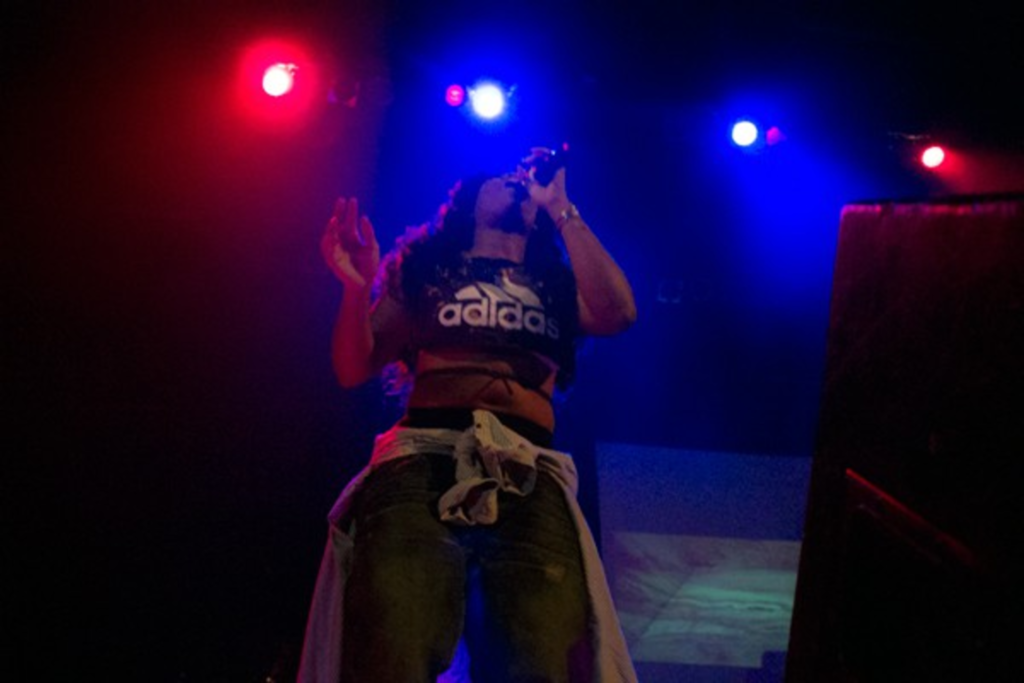 When 24-year-old R&B artist Sza took the stage at Liberty Hall last night a few minutes after her 10 p.m. call time, the generous (for a school night, anyway) crowd of mostly college kids welcomed her warmly. She strutted out to the heavy, warped opening beats of “UR,” a wide grin splashed across her face, dressed in loose jeans and an oversized button-up that opened over an Adidas crop top. She looked casual, fresh; she would have blended into her audience just fine.

That sort of chameleonic quality is reflected in Sza’s music, too. Her latest album, Z – released in April by the prominent hip-hop label Top Dawg Entertainment – takes sludgy, vibe-y, godlike production (thanks, in part, to producers like Larry Fisherman and Toro Y Moi) and fits it around Sza’s airy vocals. This makes for a listen that, depending on the volume you’re at, inspires either total relaxation or total boredom. The critical response to Z reflected as much, with reviews that were both celebratory and tepid. 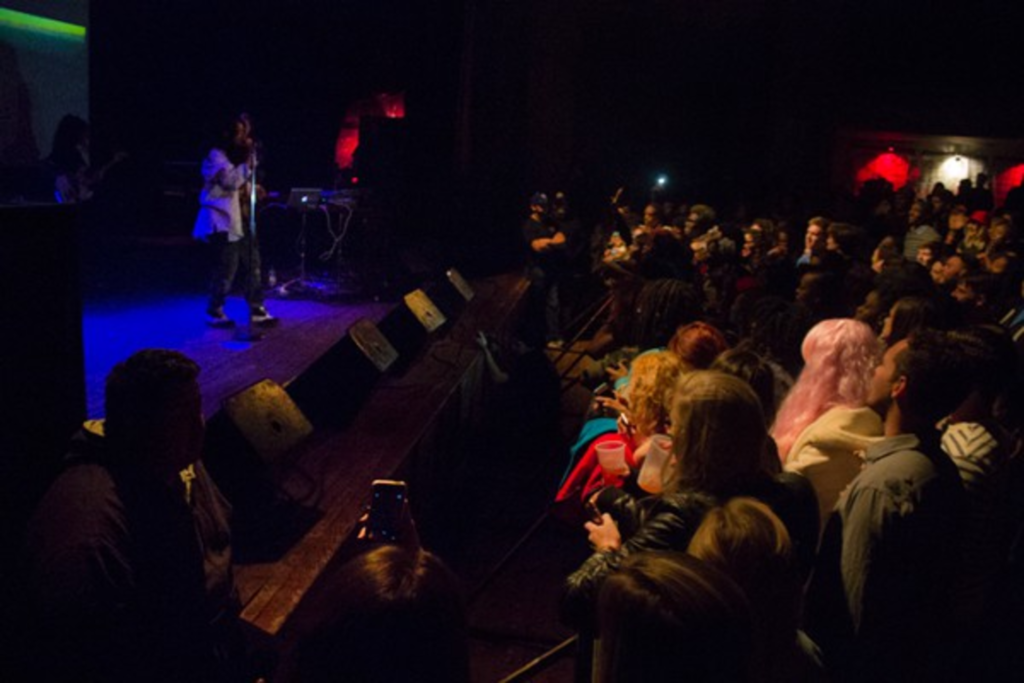 But live, Sza – a New Jersey transplant, born in St. Louis as Solana Rowe – stands at the front of these hefty beats. Her voice is a remarkably versatile instrument, with a sweetness reminiscent of Corinne Bailey Rae and all the sexiness of Jhene Aiko (with whom she is on tour later this month).

The live band – a bassist, a drummer and a keyboardist – was a nice touch, too. With live beats instead of tracking, Sza’s songs breathed easier. The crowd seemed to feel this, too: Concertgoers swayed and smiled, some so uniformly that I wondered, at one point, if Sza had some kind of hypnotic power. 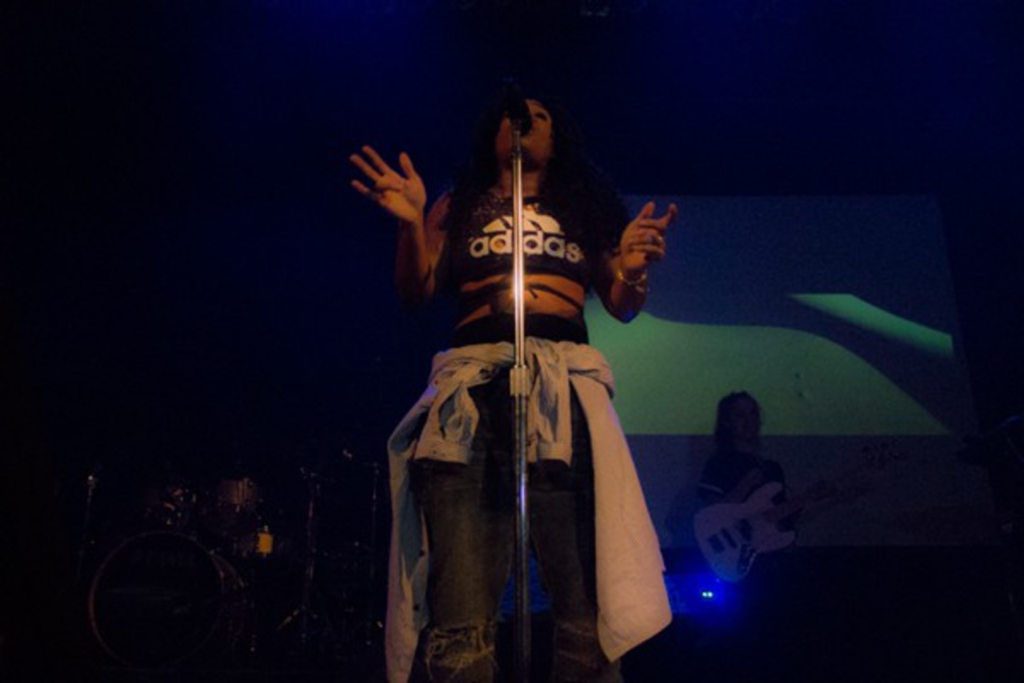 What’s noteworthy here is that, in a live setting and out of the shadows of the big-name features that showed up on Z (Chance the Rapper, fellow TDE labelmate Kendrick Lamar), Sza seems relevant. There was plenty that could have been tightened up last night – banter got pretty cute at times, and her stage presence seemed to be stuck in one mode (“moody”) – but it was easy to recognize her potential. Without Lamar’s interlude on “Babylon,” the track became Sza’s anthem: The refrain of crucify me, tired as that phrasing is in pop music, was far more impactful when Sza belted it as a demand (as opposed to lightly suggesting it on record).

It seemed that was as good a note as any for Sza to end on, and she smiled beatifically, singing her thanks as the synths faded away. She trickled off the stage as the crowd dissipated. Outside, between drags of cigarettes, voices behind me spoke in dazed murmurs.

Leftovers: Lawrence one-woman beatbox and Internet sensation Kawehi opened up the show for a crowd that seemed to love her. Her process was fascinating – watching one woman build a sound out of thin air with just her voice and some looping pedals is kind of impressive – but after a couple of songs, I found myself wondering what Kawehi’s voice sounded like without all the effects. 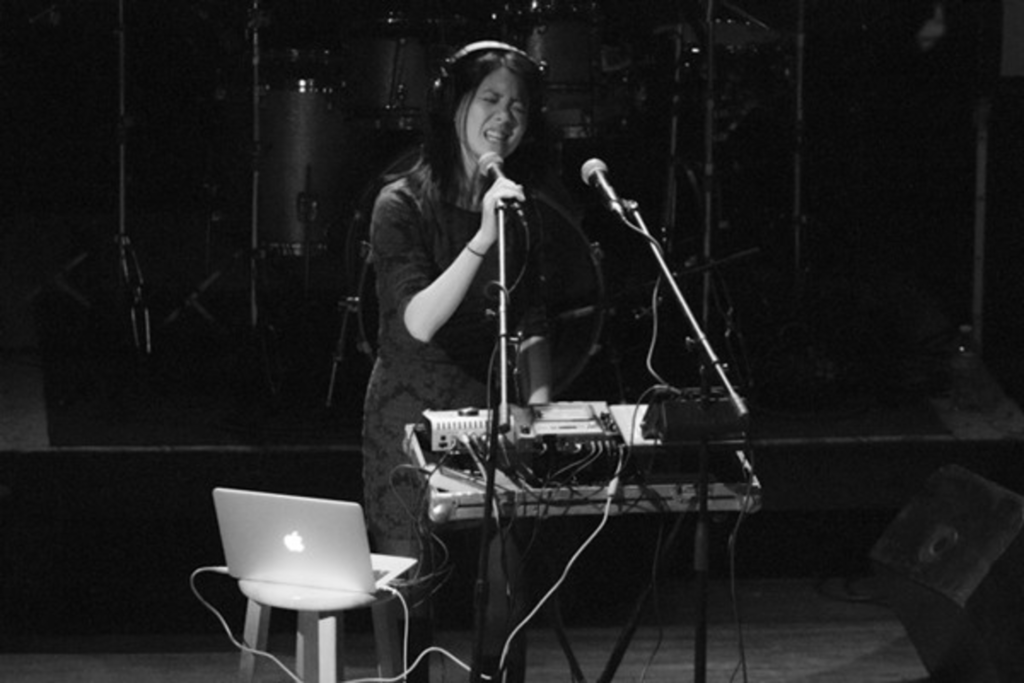