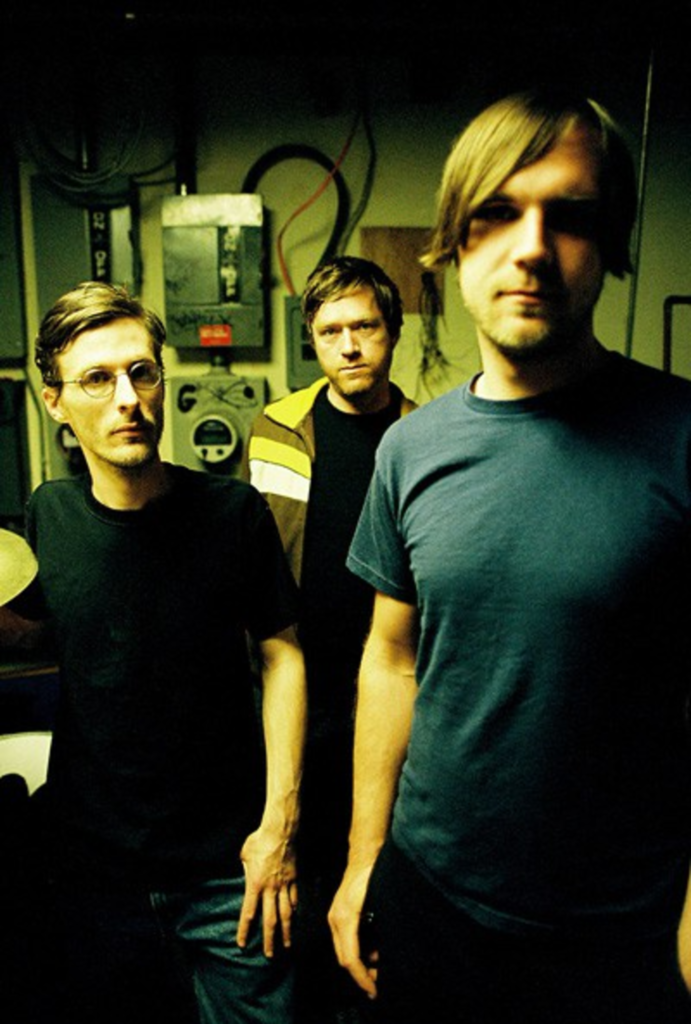 Republic Tigers frontman Kenn Jankowski accurately describes South by Southwest as “Mardi Gras for hipsters.” But more than that, the huge music, film and interactive festival that is held in Austin every year has become an international, popular (as opposed to just “indie”) music convention, carnival, explosion. Most years, more often than not, bands from Kansas City and hereabouts don’t make it into the official SXSW showcase. Instead, they slip in through the transom, playing non-showcase shows at day parties, off-the-map venues, backyard barbecues, street corners — pretty much wherever and whenever they can. But this year, hard work and the right connections have paid off for a few of our local heroes. We caught up with three area acts whose names will be in the official program.

The Pitch: This is not your first time.

Epley: I’ve been several other times with Shiner, and Life and Times went last year. We played the Anodyne party and the NME showcase. It was really well-attended.

Were there a lot of British people at NME?

Yeah, it was packed with [affects British accent] limey blokes. We had great shows — it was triumphant — but the fallout from them has been unquantifiable. It’s hard to know.

Any highlights from previous SXSWs you’d care to share?

No, it’s just always one of those things that you’re happy to get there and happy to leave. It’s always hard to park, hard to load. The shows are usually well-attended, though, and that’s fun, and you feel like you’re mixing it up. And getting shows down there is impossible, unless you’re on a tour or set up for it. Or a big band.

How’d you get the hookup?

We just applied. We have a good booking agent at Flower Booking, and I’m sure they help. We’re playing a couple different shows. One is a show with Cursive and a couple other bands on Saturday, and the other is our showcase on the Wave Rooftop.

What’s in it for you?

That’s a good question. I’m not sure, honestly. Part of the reason is the record [Tragic Boogie] comes out April 14, so we’re trying to let people know and just getting the mix of it. It can’t hurt. It’s fun. You could get lost in the shuffle, but even then, it’s still not worse than it was before. Unless you get up and are just absolutely terrible, which I don’t think we are. I think the benefits are kind of up in the air. … It creates some more recognition in the business. Maybe some great band will see you and take you on tour. I don’t fucking know. [Laughs.] But we need to make a little money around this time and pay some monthly bills.

Craig Comstock, This Is My Condition
thisismycondition.com
Official gig: Saturday, March 21,
at the Hideout, 12:50 a.m.

The Pitch: What’s your condition?

Comstock: I told myself I wasn’t gonna play any shows this year, and I’ve caved in already…. Philosophically, SXSW will be my first show [this year].

I’ve been playing shows a lot for a long time, so it’s time to take a break and learn to do something else. … I’m part of the Growing Growers farmer apprenticeship program. I’m learning how to be a farmer, and I’m also adding on to my house.

I’m playing the International Noise Conference at the Hideaway. … I’ve played down at INC in Miami [where it’s based] two or three times and helped set up shows for people related to that incessantly.

Monotonix — I saw them three times in two days, and it was great every time. Harvey Milk was awesome. Basically I saw stuff that was not official stuff. I was down there courtesy of my friends in Megazilla, who are originally from Columbia, Missouri. And a band called Lozen — they’re a two-girl band from Tacoma, Washington. They’re awesome.

The fun of playing with those people that are involved with INC. They asked me to be part, and I want to be a part.

The Pitch: You’re an old pro at this by now, huh?

Jankowski: I guess. I’ve been quite a few times, but never been, like, the big buzz band at SXSW, so I wouldn’t say I’ve fully experienced it, like Bloc Party. [Laughs.] But we are playing a lot of shows. We’re official this year. We only played parties last year.

Any highlights from previous years?

First off, it’s the first warm weather you feel of the year, so you feel alive and you’ve forgotten what that feels like. Denis Leary was at our show, which was kickass. I had just watched the first four seasons of Rescue Me. The Playboy party was amazing. Seeing Nada Surf twice was really amazing. The first time, I got to go backstage and watch with Carson Daly. [Laughs.]

What’s in it for you?

It’s the greatest time of the year. We’re in it for the band as a business. We get to perform three brand-new songs that will be on the next record. Hopefully that will create buzz. We haven’t finished the next record, but we can bring something that will get people talking — and remember the first record. I think the label is going to release a new single [from the first album, Keep Color], and we’ll be promoting that. That’s probably the main objective: Promote the new single.

What are you expecting?

I expect everyone who sees us to shit their pants.