Chumbawamba’s Dunstan Bruce and his bandmates consider getting up again. 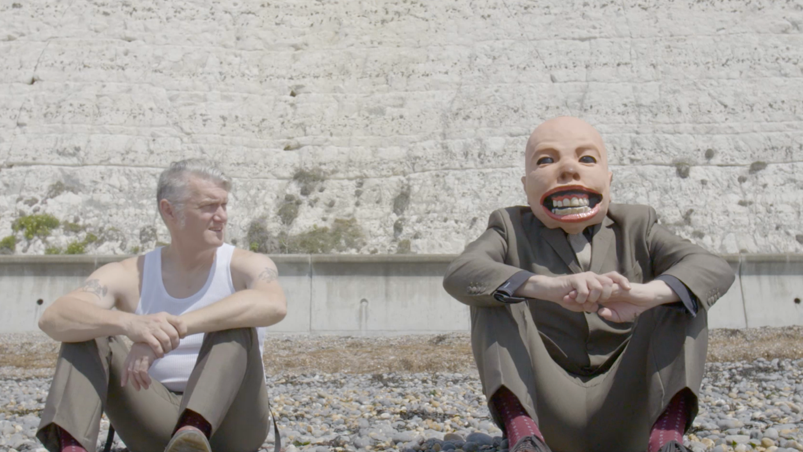 Was it all worth it? // Courtesy of Sophie Robinson

Depending on your age and your relationship to music in the late 90s, Chumbawamba’s decade-defining hit single “Tubthumping” could conjure a variety of memories. Maybe you found it to be a vapid top-40 earworm like many at the time did.

If you were a child, you probably associate it with Home Alone 3 and a sense of sugar-induced, pizza party-powered hyperactivity. Certain music nerds may have a sense of the band’s history as committed anarchists, and the song’s not-so-secret depiction of Britain’s struggling working-class attitude.

The SXSW documentary I Get Knocked Down—which follows Chumbawamba frontman, Dunstan Bruce, as he reckons with his band’s legacy—may very well be a revelation. It’s both a genial look back at a fascinating period in pop history and a reflection on middle age and whether or not Bruce and his band’s work actually amounted to anything.

Bruce’s internal pontificating does wear after a bit, but for the most part, the film is a loving deep dive into a group with a surprisingly profound story.

The 59-year-old Bruce pairs up with award-winning director Sophie Robinson as he visits old bandmates, record executives, and producers to discuss Chumbawamba’s storied history. He’s followed around by the “Ghost of Chumbawamba Past,” a suited figure wearing a giant rubber mask shaped like the grinning baby head from the Tubthumper album cover.

Bruce’s ghostly stalker serves as his negative self-talk conscience, berating him for things like signing the band to EMI and licensing their music, even though they only did so to give the royalties to worthy organized causes.

Bruce and Robinson make an admirable effort to elevate I Get Knocked Down above TV documentary retrospective level, employing contemporary art flourishes and video portraiture alongside extensive archival footage.

Seeing Bruce and his compatriots reminisce about their musical misadventures is endearing and often surprising for anyone who was either too young or unaware of what the band was doing at the time they found mainstream fame.

For instance, there’s the band’s adorable origins as Leeds-based squatting crust punks, or the tale of singer Danbert Nobacon dumping a bucket of ice water over politician John Prescott for screwing over Liverpool dockworkers.

All the stories of manipulated TV appearances, public stunts, or protest-oriented lyric changes during live performances build up into a kind of mythic collection of folk hero-worthy stories.

Whether I Get Knocked Down offers much beyond insightful reminiscence is debatable—after a bit, Bruce’s warring inner monologues go from sardonic to overly self-critical to unnecessarily navel-gazey.

Ultimately, I ended up wishing he would go a little easier on himself. As crash-courses go, however, there’s a lot to be learned from this musical chronicle. At the very least, you’ll never hear “Tubthumping” the same way ever again.