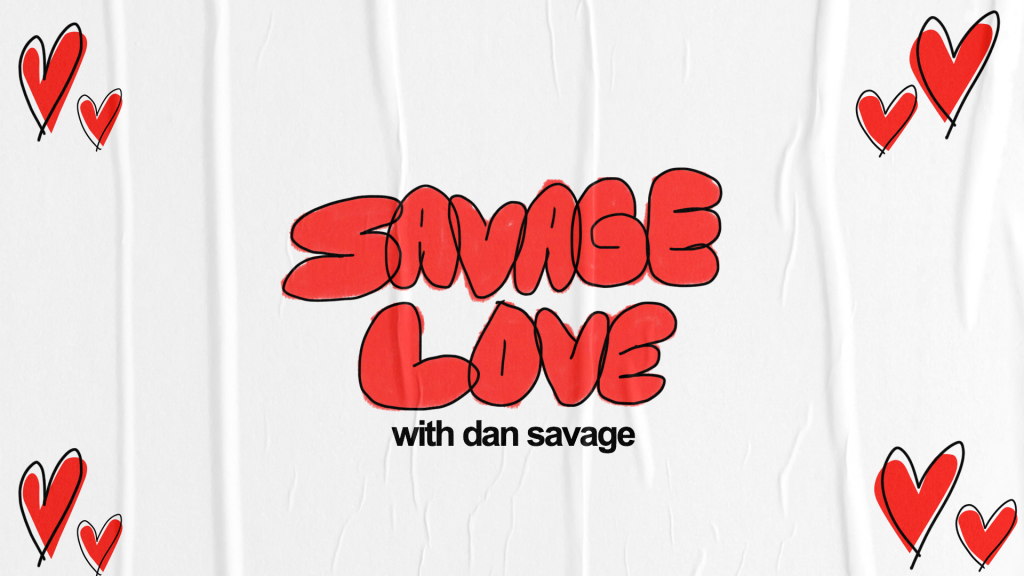 Dear Dan: You’ve said that everyone is entitled to a “zone of erotic autonomy.” I was wondering if you thought that “zone” extends to sending thousands of dollars to a “FinDom.” I’m a 33-year-old straight woman and I love my husband and we have a great (or so I thought) sex life. He’s very dominant and controlling in bed and I’m very submissive and I thought we were well-matched sexually. So it was a shock for more than one reason when I stumbled over evidence that he’s been sending money to a female sex worker who calls herself a FinDom. This has been going on for nearly three years! It seems clear from their messages (I have read them all) that they’ve never met in person (she clearly states that she never meets in person with her subs) but she sends him degrading personalized videos after he sends her money roughly once every other month. The amounts are small but they add up. We are more than comfortable so the issue isn’t the money. And while my husband has never complained about what I spend on a personal trainer or my hair or body treatments (admittedly a lot), this is obviously different because he’s masturbating over these videos. I don’t really want to degrade him and I obviously couldn’t dominate him financially as our finances are shared. My husband says he doesn’t want to be degraded by me but he was nevertheless willing pay a complete stranger to heap insults on him?!? I don’t understand. I thought we had a great sexual connection. I also thought I knew who he was erotically. I’m confused and don’t know what to do.

Dear FINDAMN: First things first: You actually have a great sex life (from the sound of things), your husband clearly loves you (if this if your only issue), and his dominance in the sack isn’t an act, FINDAMN, it’s just that having control isn’t the only thing that turns him on. It’s just that every once in a while he wants to give up control. Maybe he should’ve come to you to get this need met and couldn’t bring himself to ask—for fear of rejection, for fear of spoiling your D/s dynamic—or maybe he sensed you wouldn’t enjoy degrading him and/or being degraded by you wouldn’t work for him.

Backing up for a second: You say you’re “more than comfortable,” FINDAMN, which is filthy rich person code for “we have tons of money.” So while I’m opposed to one person in a marriage spending significant amounts of money without their spouse’s knowledge, I’m going to climb out on a limb and guess that this isn’t money you missed. No mortgage payments went unpaid, no vacations were cancelled, no kids were yanked out of private schools. Even if your husband sent this woman $9,999 dollars over the last three years—the highest figure that keeps us in the “thousands” range—that works out to $278 dollars a month. I’m guessing the actual amount spent was far less than that, FINDAMN, and in no way impacted your comforts. (But here’s hoping Joe Biden’s tax hikes on the wealthy do!)

As for the seeming contradiction—your husband dominates you and submits to this woman—it’s not that hard to explain what’s going on. While you’ve probably never been to a big gay leather/fetish event, FINDAMN, if should ever go you would meet dozens of men who have both Doms and subs. So the guy you saw being dragged around on a leash on the first night will be dragging someone else around on a leash the second night. Because very few people into power exchange are 100% dominant or 100% submissive; one guy can bring out a gay guy’s submissive side and another guy can bring out his dominant side. Similarly, you seem to bring out your husband’s dominant side—much to your delight—while this other woman brings out his submissive side. So it would seem your husband is a bit of a switch; in his case, FINDAMN, he’s mostly dominant but also enjoys being submissive too. And being submissive to an online FinDom once in a while doesn’t mean there’s anything inauthentic about your husband when he’s dominating you.

Dear Dan: I’m a 27-year-old gay man who’s having a hard time. I’m in relationship with a spectacular guy. He’s a 25-year-old bisexual man. He’s smart, funny, extroverted, and has lots of friends and lots of ex-fuckbuddies. We are deeply in love and neither of us has ever felt that before. It’s been five months and nothing could be better—except the fact that I’m deadly insecure. He’s got tons of friends, he’s extremely attractive, and sexually he’s perfect. He’s a top who knows how to use his big dick and he has infinite endurance. I’m the opposite of all that: I have a few friends, I’m an average/ugly guy with an average/small dick, it’s not easy for me to get a solid erection, and it takes me just a couple of minutes to come. I keep comparing myself to him: he’s perfect and he can fuck anyone and I’m ugly and sexually inept compared to him. These feelings are killing me.

I Can’t Be The Right One

Dear ICBTRO: Your boyfriend, who could apparently have anyone, has chosen you. So you’re either far more appealing—physically, emotionally, socially—than you give yourself credit for, ICBTRO, or your boyfriend gets off on the power imbalance. But if the latter were true, if he was manipulating you with his looks/dick, you would know. You would be painfully aware of it and you would’ve mentioned it in your letter if your boyfriend had leveraged his looks and/or his dick to get you to do things you didn’t want to do or put up with things no one should put up with. (If he had said something to you like, “You’ll never leave me because you can’t do better,” you would’ve included that.) So I’m guessing you’re a lot more appealing—physically, emotionally, socially—than you’ve allowed yourself to realize.

Instead of worrying about whether this relationship will last forever (and most don’t), ICBTRO, try to enjoy the boyfriend you’ve got right now. Speak to a doctor about ED meds for your dick and speak to a shrink about your low self-esteem—because if anything is going to prematurely kill this relationship, it’s your insecurities. Your boyfriend may not want to be with you forever, ICBTRO, and you may not want to be with him forever. But if you want to be with him for as long as you can, you’ve gotta get a grip on your insecurities. He can’t help you with those. And if you can’t help yourself, ICBTRO, find a therapist who can help you.