Sweet Band O’Mine will riot at the Riot Room Saturday 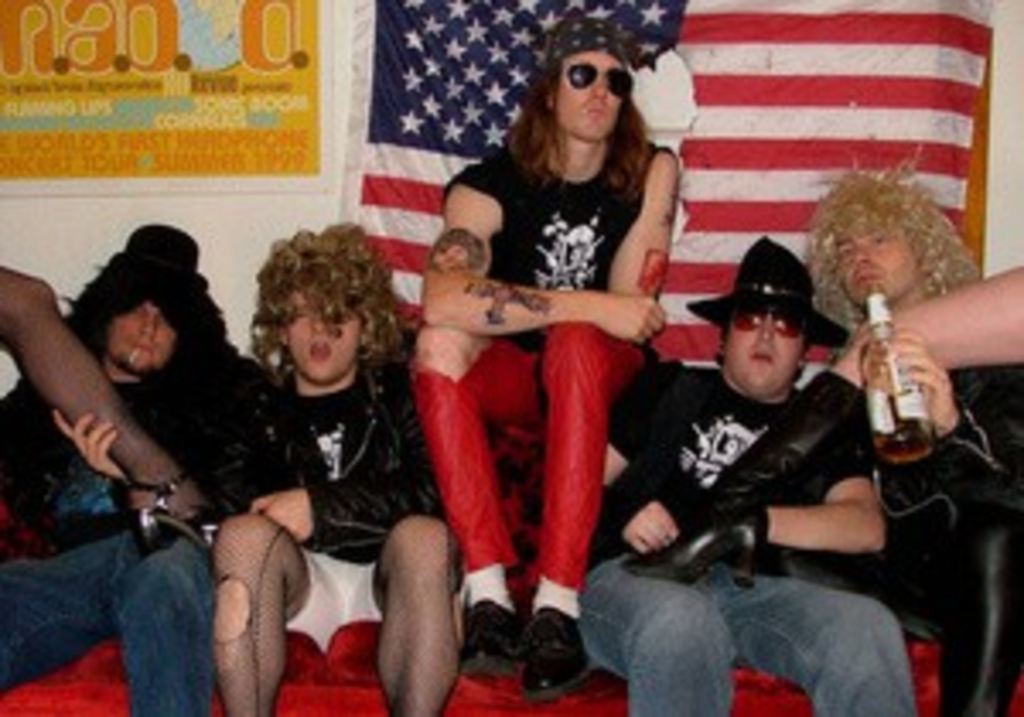 So why should you go? Here are a few reasons. Numerous noted Kansas musicians (members of the Flaming Lips, Hammerlord, the Dead Girls, etc.) have at one time or another played in the band. They’ve only performed six times in 10 years. There is a guy in the band called Slick, and he is a minor-league pitcher turned filmmaker who channels everything amazing and horrible about Axl Rose while performing. There promises to be much havoc, onstage shenanigans and impromptu album signings.