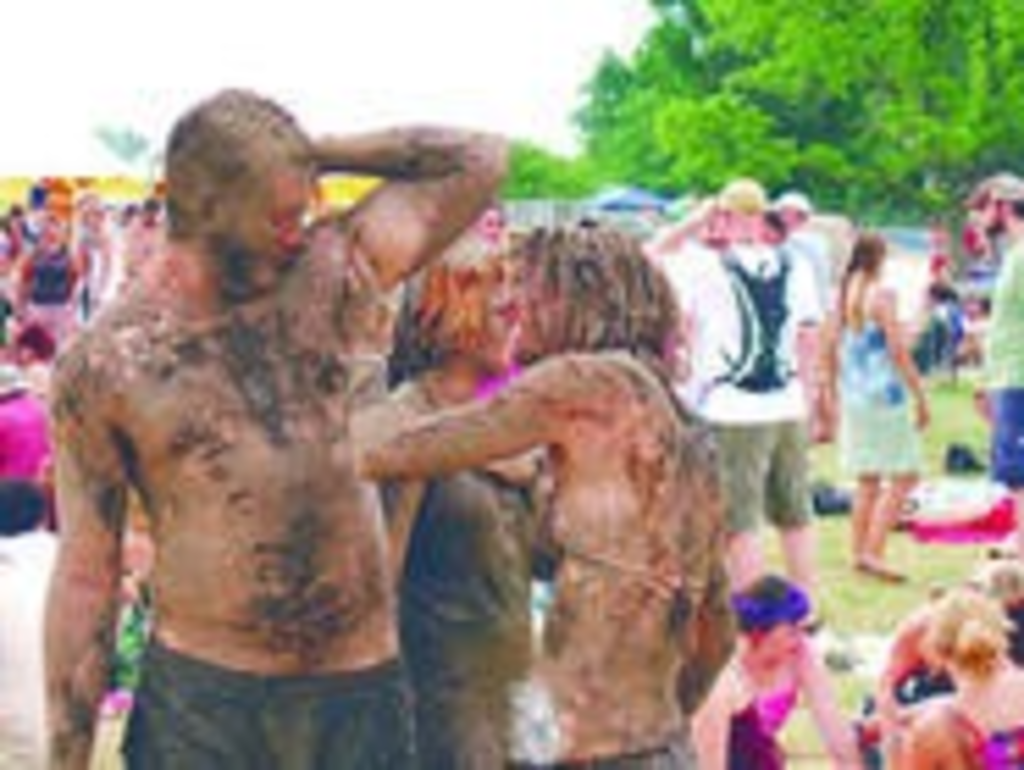 The California-based company NS Microwave Inc. had what sounded like a brilliant idea to showcase its high-tech crime-fighting gear. In June, the company lent $250,000 worth of surveillance equipment — including wireless, night-vision cameras and a mobile command unit — to the team of cops patrolling the grounds of the Wakarusa Music and Camping Festival west of Lawrence.

Law-enforcement officials now say that much of what was printed in the article, and in local media reports since then, has been false.

This year was the third-annual Wakarusa, a four-day festival that drew a reported 15,000 music fans to hear 84 bands, including headliner the Flaming Lips. But this year, police increased their presence to crack down on drug use. Rampant vehicle checks, which drew the ire of the ACLU, held up traffic for miles in and out of Clinton State Park on the first and final days of the festival.

After the festival, NS Microwave officials claimed in several news reports that their cameras had blanketed 85 percent of Clinton State Park. Kevin Danciak, the company’s Midwestern sales representative, was quoted in The Lawrence Journal-World claiming that as many as six cameras were positioned around the park and disguised as electrical boxes and birdhouses. The cameras each cost $10,000-$20,000, and some provide thermal imaging for nighttime use. They were controlled, Danciak claimed, by a 21-foot, $200,000 trailer parked on a hill on the park’s disc-golf course.

Festivalgoers were outraged to learn of the invasion of privacy. Many complained to Wakarusa organizer Brett Mosiman, who said he didn’t know about the surveillance before the concert. Some attendees threatened to boycott future Wakarusa concerts, and Mosiman initially said that he’d consider not holding the festival again if cops continued to secretly record the crowd.

In response to public-records requests made by the Pitch, the law-enforcement agencies that patrolled Wakarusa claim that they did not make tape recordings of the surveillance conducted by NS Microwave. They say no festivalgoers were prosecuted or arrested based on that surveillance.

“Everybody thinks there’s hours and hours of tapes. We don’t have them,” says Evan Ice, an attorney who represents the Douglas County Sheriff’s Office. His comments echo responses from the Kansas Bureau of Investigation, the Lawrence Police Department and the Kansas Department of Wildlife and Parks.

When Mosiman learned from the Pitch that law-enforcement agencies had denied the existence of surveillance tapes, he said he wasn’t surprised.

“This whole thing has been pretty outrageous,” Mosiman says. “And we’ve had some difficulty getting to the bottom of this.”

The claim that the company had all but 15 percent of the park covered by its six cameras was the first clue that it had exaggerated its surveillance, Mosiman says. “You’re talking about a park with 1,500 acres. There’s no way the cameras covered all that.”

Shortly after the festival ended, the Pitch began making Kansas Open Records Act requests to the agencies involved with Wakarusa. All of them responded that no such tapes had been made. “We’re not aware that any tapes exist, to be honest,” says Jane Nohr, legal counsel with the KBI.

Lt. Doug Woods, with the Sheriff’s Office, says the GSN article, and several that followed in the local media, misquoted police sources.

The GSN article says 140 festivalgoers were arrested or kicked out of the park. The actual number of arrests was about 80, Woods explains, and none were the result of the NS surveillance. Some drug busts came from officers wearing hidden cameras, which were not supplied by NS Microwave, but most were the result of cops witnessing drug transactions, Woods says. “There was some embellishing going on in the reporting. You know how that goes,” Wood says. When asked if NS Microwave had exaggerated to make it appear that its equipment produced successful results, Woods said only: “You think?”

“Yeah, I’m sure they would say that now,” says Josh Martin, senior editor at GSN and author of the first article about the surveillance. “I spoke with about 10 people in my reporting. I stand by my article.” From his office in New York City, Martin tells the Pitch that he confirmed details provided by NS Microwave with law-enforcement officials in Kansas. But Martin couldn’t recall which agency he spoke with. He says he does remember that cops appreciated the surveillance equipment. “The police were, of course, elated,” Martin says.

Barry Jackson, director of business development for NS Microwave, stands by the claim that arrests were made based on tapes. He says his company provided a video feed so that law-enforcement officers could make their own tape recordings. He declined to reveal which agency made recordings. “If they made tapes, and I believe they did, it would have been with their recording equipment,” Jackson says from the NS Microwave office in Spring Valley, California.

Jackson says his company initially hoped to sell or rent equipment to the agencies that participated in Wakarusa or to others who read about the surveillance in the trade publication. “So far, we have not had any sales from it,” Jackson says. “But we’re hoping that will occur.”

It’s unlikely that his company will lend the surveillance equipment free of charge again, Jackson adds.

That doesn’t surprise Mosiman, who says the company’s public-relations campaign backfired. “Instead of getting all this free publicity,” Mosiman says, “they got slaughtered in the court of public opinion.”