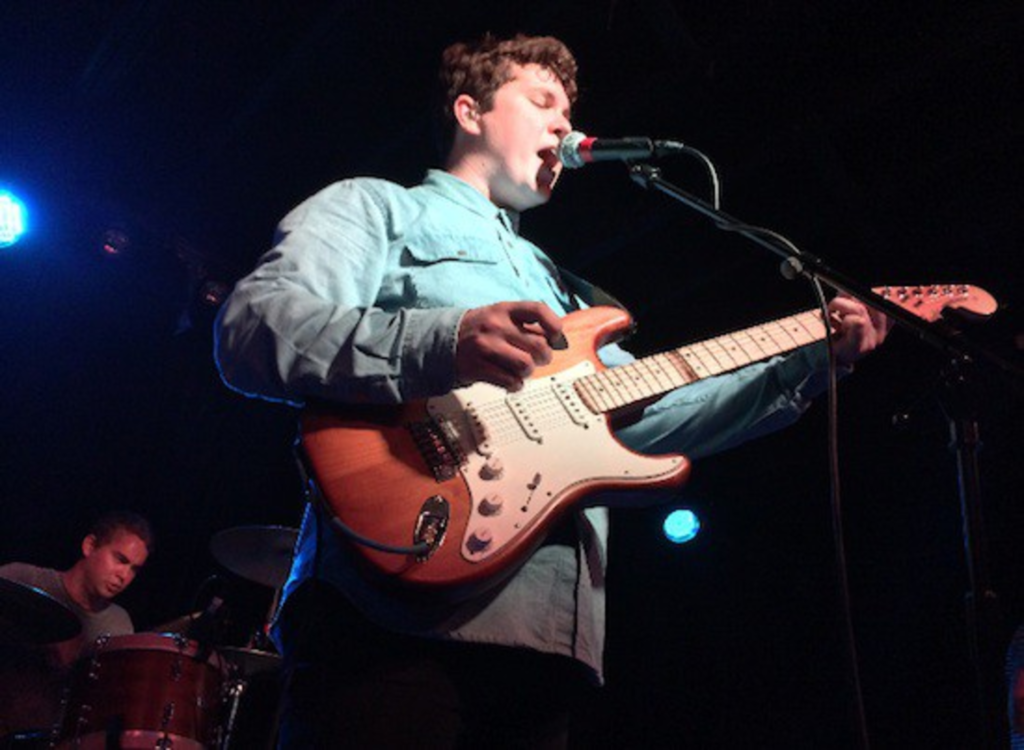 The four members of Surfer Blood took the stage at the Riot Room last night to play Kansas City for the first time. From the looks of the well-packed crowd, this had been a long-awaited show.

The four-year-old band from West Palm Beach, Florida, has come a long way quickly. They’ve played many credible international festivals (including the San Miguel Primavera Sound Festival in Spain), the Jimmy Fallon show, and they have toured with the Pixies. Also, as one fan in the crowd pointed out to them, their music is played “all the time at the Gap.” These boys have truly arrived. 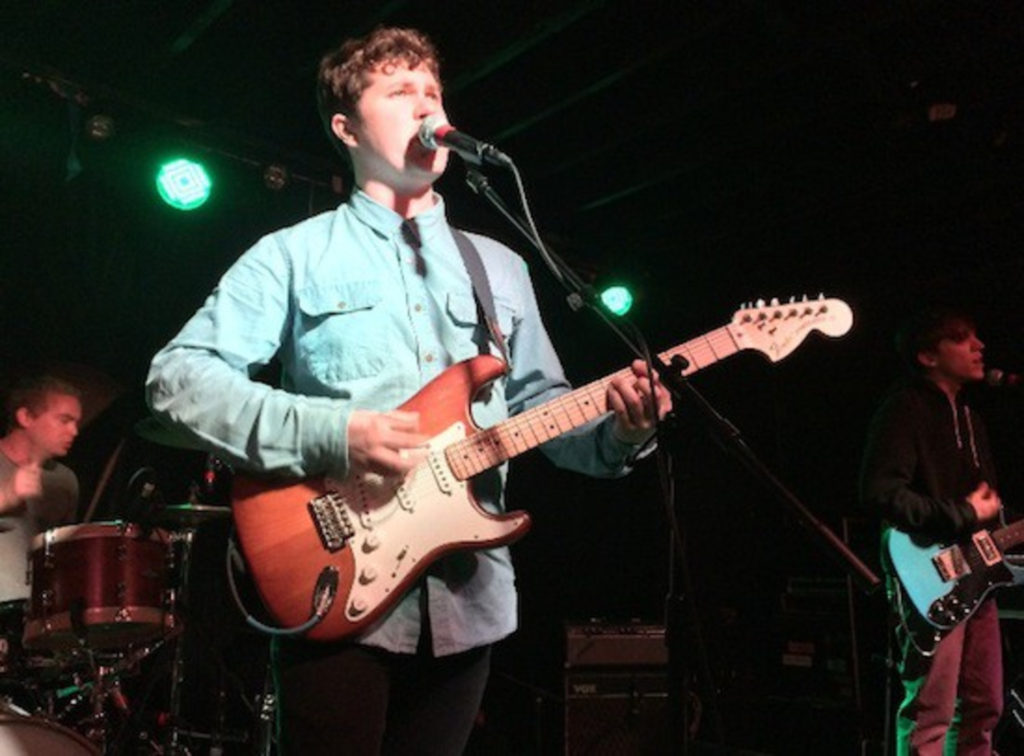 The first four rows of people were filled with some of the most energetic fans I’ve seen in some time. Most of the enthusiasm came in the form of dancing and singing along. The most fanatical signs of adoration, though, came from the occasional shout-outs between song breaks expressing love for the members of the band (“Your face is beautiful!”), and one guy who took it upon himself to grab a band member’s setlist and write his own personal favorite song in for them to play – a gutsy move, which, alas, didn’t work.

The band was already as warmed up as they needed to be by the time they launched into the second song, “Twin Peaks,” which pays homage to the cult David Lynch TV series of the same name. From that point on, the music was always vibrant and incredibly catchy – almost like a more fun-oriented version of a live Shins show. The melodies and vocals are reminiscent of those indie-pop heavyweights, but Surfer Blood never slowed down. 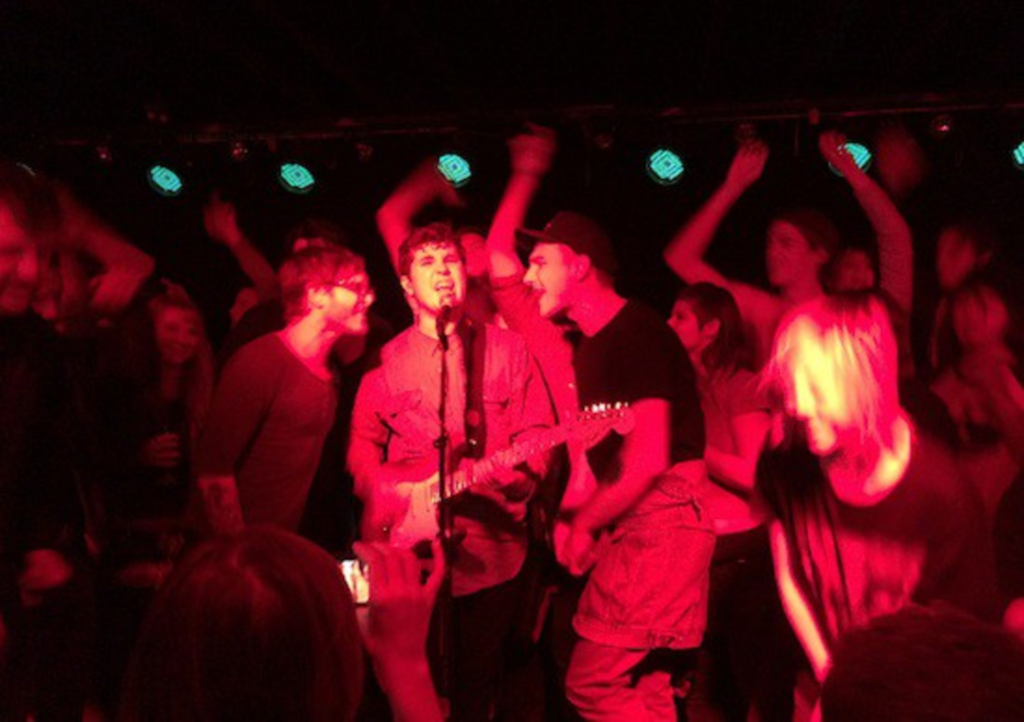 Surfer Blood didn’t meander from its core sound, either. If you were there and not dancing at the show (and you should have been), you were probably tapping your foot the whole night. A mosh pit was borne out of the most lively songs, such as “Weird Shapes” and “Demon Dance,” but thankfully, the thrashing around was always short-lived.

The guys from Surfer Blood are all very youthful. If it weren’t for a beard and some tattoo sleeves, they’d appear to be in high school. Still, frontman John Paul Pitts really comes off like a seasoned rock star. He would frequently lean into the audience during guitar solos or give out high-fives between songs. During “Take It Easy,” he wandered throughout the crowd with his microphone, never missing a beat with his vocals. He introduced “Swim” as a song that required people to jump onstage. A mass of giddy fans complied. Just about each one sang along with the song, some getting their vocals fed through the microphones. Afterward, some made sure to snap pictures with Pitts before going back to their original spot. The sight was impressive; many more established bands would do anything to have fans that crazed. 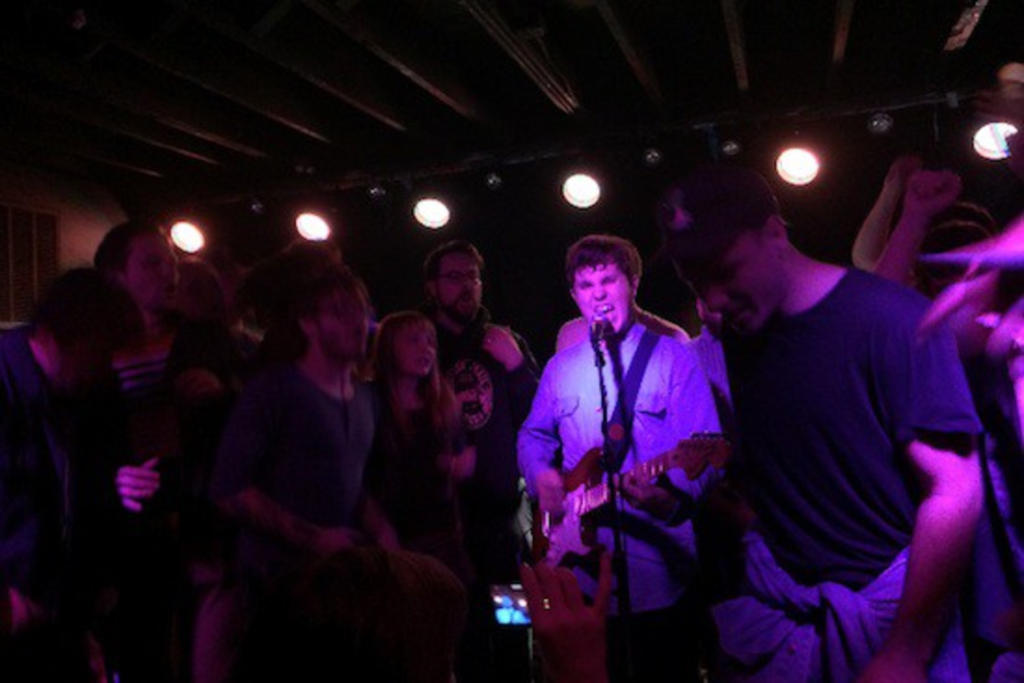