Supers, the unsung secrets in the Lyric Opera of Kansas City’s The Barber of Seville 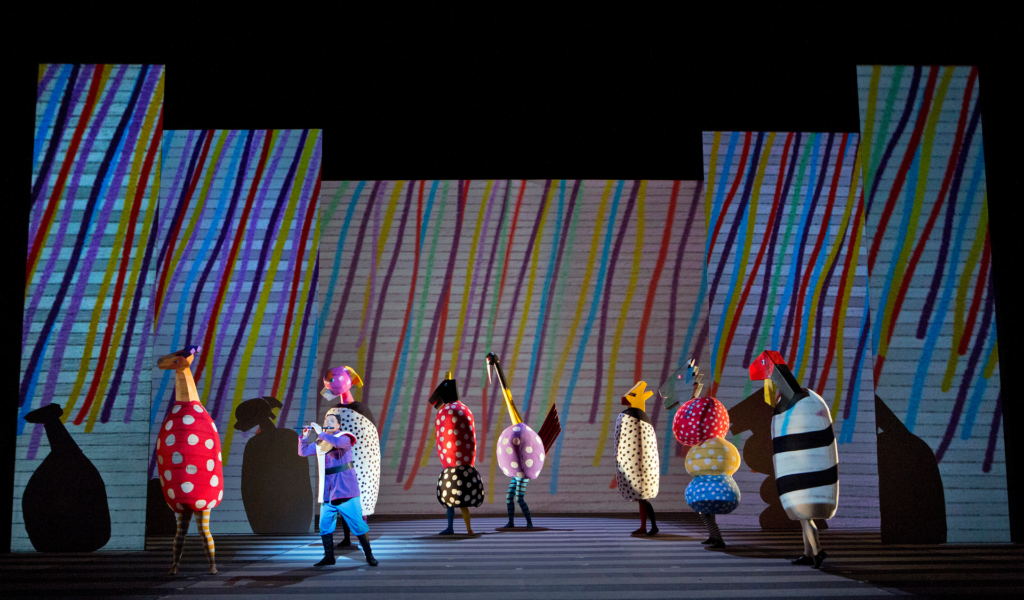 There aren’t too many opportunities to participate in great art. Museums get a bit prickly if you add even one dab to a painting, the orchestra doesn’t appreciate it if you lug your own string bass on stage, and heaven forbid anyone try to talk Hamlet off his ledge of toxic masculinity.

But you could be in an opera.

By March, supers were already cast, but in preparation for next season, Sarah Zsohar, LOKC’s artist services manager, led an introductory course with veteran supers Deborah Carr and Jeninne Coleman at the Michael and Ginger Frost Production Arts Building through UMKC’s Communiversity. I stopped by to observe.

“There’s no experience necessary,” Zsohar assured the group. “You learn while doing it.”

Coleman and Carr emphasized the perks.

“You meet the stars, you work with the stars, you’re just a few feet away from them,” Coleman, an interior designer, said. “You can see their expressions.”

“You want a front row seat?” asked Carr, a docent at the Nelson-Atkins Museum of Art. “This is better.”

Some super roles require special skills, depending on the production and director’s vision. Though most of the time supers hold swords or banners, they have also been called upon to dance, whistle, play paparazzi, work puppets, juggle, even perform aerialist stunts. This particular production calls for a stilt walker.

Super Ernesto Suarez holds the LOKC record for longest time on stage playing dead, during the 2006 run of Ambroise Thomas’ Hamlet. While it might not seem that difficult to lay still, just try to not twitch for 45 minutes while 1,000 people watch the entire Danish royal family destroy itself.

You could also be a bird. Carr’s favorite role was in LOKC’s 2013 production of Mozart’s The Magic Flute, designed by Jun Kaneko.

“I was a nine-foot-tall animal,” Carr said. “I had to learn to balance and dance and there were little strings in the costume to wag your tail.”

Barber also includes the non-singing character of Ambrogio, Don Bartolo’s servant, in a scene-stealing comedic role. This one usually goes to a professional actor, though, due to the intricate interplay with the cast.

“It’s one of those roles that is incredibly important,” Zsohar said. “You have to be able to portray a lot in a short amount of time. There needs to be a lot of comedic timing, and there also needs to be musicality, to feel the music.”

In this production, which comes from Opera Philadelphia with director Michael Shell, the Ambrogio channels a physical humor akin to Tim Conway’s The Oldest Man character.

Supers can also be real-life superheroes. Supreme Court Justice Ruth Bader Ginsburg, a notorious opera fan, had walk-on roles in Ariadne auf Naxos and Die Fledermaus. She thrilled the audience with her one-night-only speaking role in The Daughter of the Regiment at the Washington National Opera in 2016.

Corralling supers is just one of Zsohar’s duties. During show time she’s running the Figaro Simultext System for the seatback supertitles installed in the Kauffman Center for the Performing Arts. Titles are the libretto in the original language and the translation in English, just like in a movie. Calling titles is as integral to the performance as you can get without being onstage. Even when the opera is in English, audiences expect to see titles.

Zsohar rehearses with the rest of the cast, working with the director and cast to get timing just right.  Call a title too soon, and the audience laughs before the singer has a chance to deliver the joke. Call the wrong title, and you can give away a major plot point. Zsohar memorizes the score, so if a singer forgets or jumps a line she can call up the corresponding title in a flash.

It’s not an easy gig. During 2012’s The Barber of Seville, the director used a slow-motion strobe effect to enhance the comedy and chaos of the ensemble scenes, but in the moment Zsohar couldn’t appreciate the innovative approach. “I couldn’t even look up…because the text and music moves by so quickly. It’s just pages and pages and pages of music. I went back and watched archival video so I could finally see what people were laughing at.”

In a way, supertitles and supernumeraries are the Figaros of the opera world: ready when called upon, versatile, facilitating the action, and essential to the production.