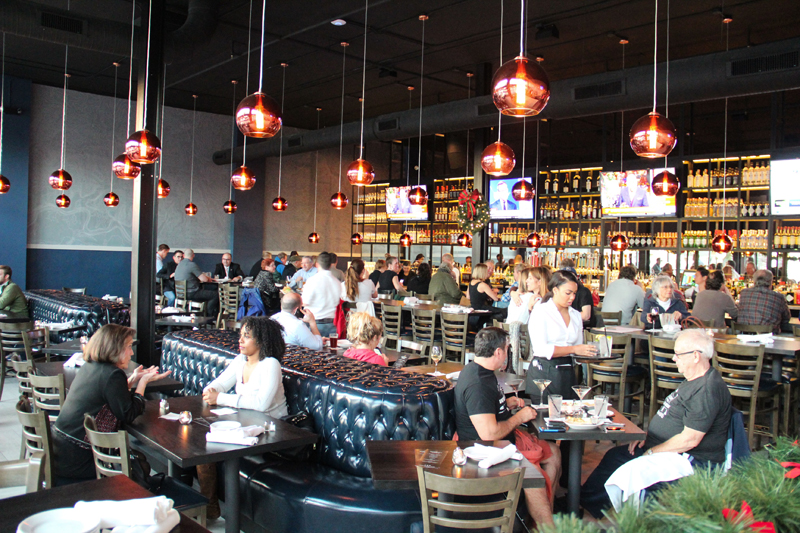 Summit’s new, 340-seat location required extensive remodeling — far more, Lock and Molloy admit, than they had initially expected. For example, repairing the building’s flooring became like peeling an onion. At the bottom, the two discovered tons of sand from the building’s 1920s movie-theater days. (Sand was backfilled into the space to create a slope for seating.)

After the brewery equipment was sold, the kitchen was gutted and rebuilt, with new equipment. Lock and Molloy explain that the kitchen is four to five times the size of Summit’s previous kitchen; with its increased capacity, the restaurant can make more of what it was serving before, as well as different dishes that the old kitchen couldn’t accomplish. Among the latter: Faroe Island salmon, stuffed with lobster; shrimp and brie; seared brick chicken; and stuffed shrimp with cheesy grits.

Lock and Molloy have also completely renovated the indoor-outdoor space on the east side of the building, formerly known as the Alley, into a private dining room that can accommodate 70-100 people. The building’s windows have all been replaced with fixtures featuring sliding glass panels so that the restaurant can be partly opened in nice weather.

The restaurant is split into two sections. The “bar side,” with a full view of the impressive 15-foot bar, makes up the south half of the restaurant and features a dozen high-top tables in addition to regular two- and four-tops as well as banquette seating. The north-end “dining side” is a quieter space with low-slung tables and booths. 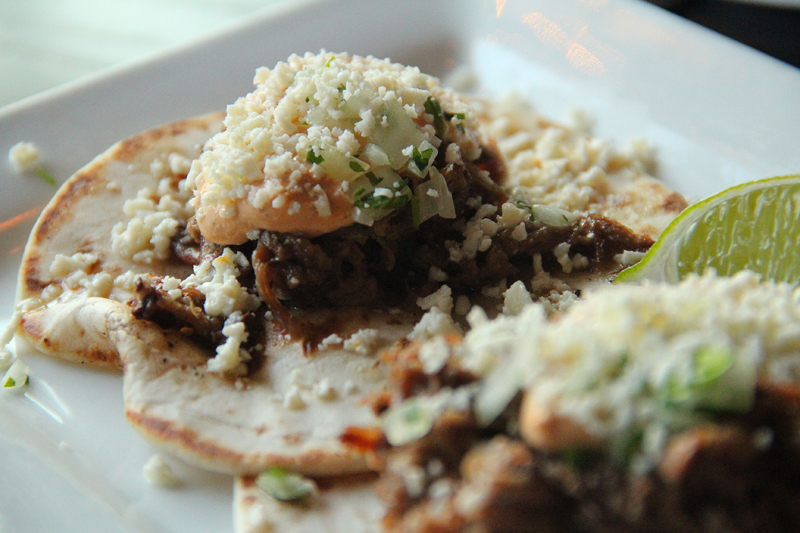 As for Boru Ramen, Lock explains that menu development is complete, and the staff shaping up. He estimates that renovations to the space will take six to eight more weeks. “We just don’t want it to look exactly like Summit,” he explains.

Also new in Waldo is Kula Café, located in the newly expanded Yoga Patch building at 7235 Central (behind Sutherland’s on Wornall). The café opened after Maria Murphy, owner and teacher at the studio, noticed that students wanted a place to hang out and talk after class.

“I wanted to give them a comfortable, homey spot to hang out and to get food or drinks,” she says. The café is open to non-yoga types as well, and serves an assortment of brews from Broadway Coffee (Murphy is working with the company on a special blend), teas and kombucha from Teabiotics, and fresh-squeezed orange juice. Kula (which means family or community in Sanskrit) also serves a selection of sandwiches, including tomato with fresh mozzarella and basil, prosciutto with cheese, and bagels with smoked salmon.

Dive into the holiday mood with a set of four-course dinners over the next two nights at West Bottoms Kitchen (1623 Genessee). Each evening’s dinners are four-course affairs that feature performances by local R&B singer David Simmons (who released a very good Christmas album last year). There will be two seatings each night, one at 5:30 and another at 8:30. The dinners are $50 per person, and $20 wine pairings are available. Part of the proceeds benefit Lazarus Ministries, which serves meals and provides clothing to those in need. Call 816-878-9694 for reservations.

If you are feeling less holiday-oriented, try Julian (6227 Brookside Plaza), which is hosting a five-course wine dinner highlighting the wines of California’s Talbott Winery. Dine on a puff pastry with roasted apple and house-made ricotta, chicken croquettes glazed in rosemary gravy, roasted Brussels sprouts with a gorgonzola crème and toasted hazelnuts, and seared salmon with smoked sorghum and pickled winter vegetables; finish with Rogue smoky blue cheese with cranberry relish and dark-chocolate truffles. Wine pairings include three varieties of chardonnay and two varieties of pinot noir. The dinner is $85 a person, exclusive of tax and gratuity. Call 816-214-8454 for reservations.

Those who appreciate wine and cake in tandem can stop by KC Wine Company (13875 Gardner Road, Gardner) beginning at noon today for wine tastings featuring mini bundt cakes — bundtinis — paired with homegrown wines. The cakes will be provided by Nothing Bundt Cakes.

The only thing better to do with Boulevard beer than drink it is to cook with it — that, anyway, is the message of tonight’s course at the KC Culinary Center (7920 Santa Fe Drive, Overland Park). You’ll learn to make Amber Lager cheddar fondue, a grilled-potato salad with Oktoberfest vinaigrette, MBQI BBQ Stout beef stew, beer risotto, and baklava with beer syrup. The course is $75; register via the Culinary Center’s website.

Port Fonda Lawrence (900 New Hampshire) is hosting a four-course mezcal dinner featuring the libations of Mezcal Alipús, of Oaxaca, Mexico. The menu hasn’t been announced, but the mezcals include Alipús’ San Andres, San Juan and the limited-batch San Miguel, in addition to a pint of Free State’s Estado Libre. The dinner is $40 a person or $65 a couple. Reservations are required; call 785-856-2535.