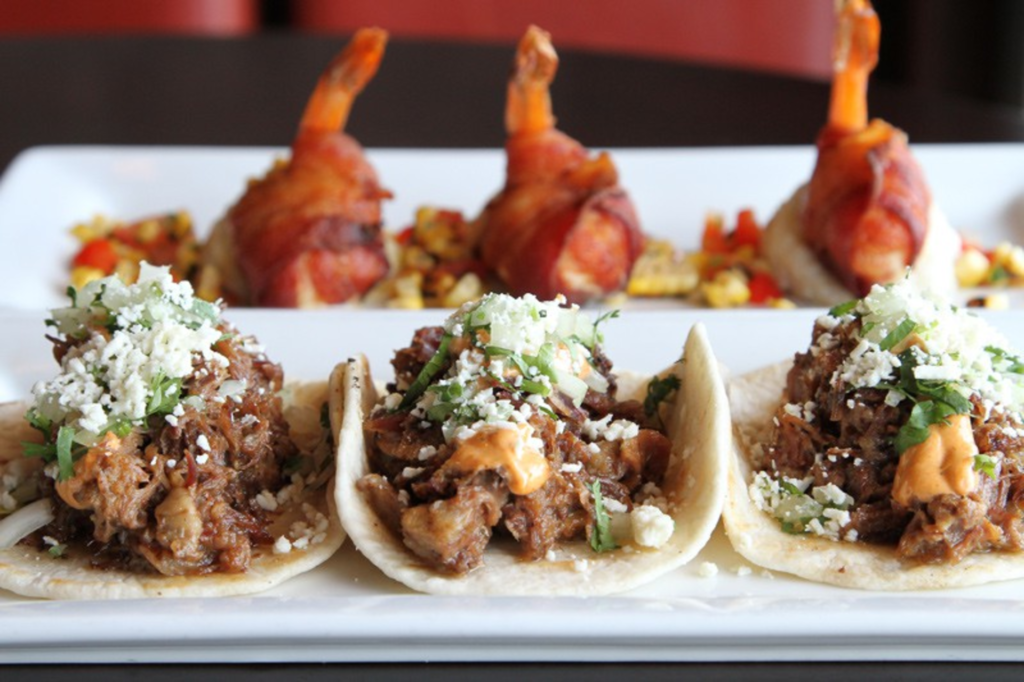 The glass-walled venue at 500 West 75th Street had the look of success when it was called Remedy. But it lacked most of the other elements crucial to a good restaurant and, after opening with a bang two years ago, it fizzled slowly into irrelevance.

Now, though, two dining veterans have given this address a very promising new start.

Andy Lock and Domhnall Molloy worked for the McCormick & Schmick’s chain before they opened the Summit Grill in Lee’s Summit a couple of years back. Their approach — unfussy meals, a first-rate happy-hour menu, congenial service — was right for Summit’s original neighborhood. And it’s equally at home in Waldo, which doesn’t lack saloons but has made the new Summit a hit. I’ve dined here four times so far, and I’m looking forward to going back. I don’t say that very often.

There are flaws, mind you, and I want to get them out of the way. When the boxy, 1,500-square-foot dining room is packed, the sound level is roughly that of a political rally. For some in Waldo, that’s bound to be charming. I ran into a local restaurateur during one of my visits. He was sitting at a big table with a group of friends. “I can only hear about every other word,” he told me, “but that might be a good thing.” I sympathize, but I don’t really need that kind of ambience before 9 p.m.

That night, though, I may not have been at my most attentive anyway. Chef Domhnall’s food is not cutting-edge cuisine, but it can be distractingly tasty. Even creations that I didn’t think I’d like — pot-roast nachos? — were unexpectedly satisfying. (About those nachos: They’re really open-faced tostadas — big, fat tortilla chips heaped with one of the signature dishes here, fork-tender pot roast, along with cheddar and jack cheeses, peppers and chipotle cream.)

Molloy offers his pot roast (which he braises in mirepoix and beef stock for hours, then simmers in gravy until it’s truly sumptuous) as a dinner entrée, with from-scratch mashers and sautéed green beans, or on fluffy little buns as happy-hour sliders. However you order the meat, the results are delectable.

The beef, terrific Angus or prime, is a mainstay on this menu, which slightly condenses that of the Lee’s Summit kitchen. (The kitchen in the Waldo location is about half the size.) The place isn’t really for vegetarians. Even the grilled cheese here — Molloy calls it his “hangover sandwich” — adds braised beef to its five cheeses. In fact, Summit is kind of a no-meat-left-behind place: Trimmings from the menu’s beef tenderloin go into the delicious street tacos (so far, the top-selling starter on the menu), where they get a boost from crumbles of salty Cotija cheese, onions, fresh cilantro and that zingy chipotle cream.

Those tacos are good enough to sell big any time of the day, but they’re a bargain during happy hour, when a small order is just five bucks. The pot-roast sliders go for $4 then, as does an order of sloppy, meaty chicken wings. Come right after work, and you can assemble a fine meal for two for less than $20.

The costliest dishes at Summit are its steaks (a Black Angus fillet and a rib-eye hover at about $30 each). But this Summit Grill, as at the Lee’s Summit location, doesn’t shake up the pocketbook too badly, and the portions are seriously generous. I wound up taking home most of my prime-rib dip. (Molloy roasts a rib every day just for this sandwich, which comes stuffed in a hearty Farm to Market hoagie roll; prime-rib dinners are offered on Friday and Saturday only.) And it was worth making room in my refrigerator. It’s superlative even hours later.

No, Summit Grill isn’t marshaling the culinary firepower that Remedy boasted in its early days, when chef Max Watson was running the kitchen. But Lock and Molloy know what Waldo really wants: a good burger, an excellent French onion soup, and crunchy fish and chips. These are the standards with which Houlihan’s Old Place revolutionized the bar-and-grill business four decades ago. Today, Molloy does them all better.

His desserts score, too. They’re all made in-house, including a decadent, gooey butter cake; a satiny crème brûlée; and a guilt-inducing Oreo ice-cream pie. At first glance, I had dismissed that last notion as something better offered at Chuck E. Cheese, but it went nicely with a cup of coffee and the echoes of various Waldo conversations.

Sophisticated the Summit Grill is not. Fine. I’ll take friendly and accessible, and I’ll especially take a neighborhood joint with a likable menu and servers who know what the hell they’re doing. By those standards, the Summit Grill & Bar is already at the top of its game. I pronounce this location cured.