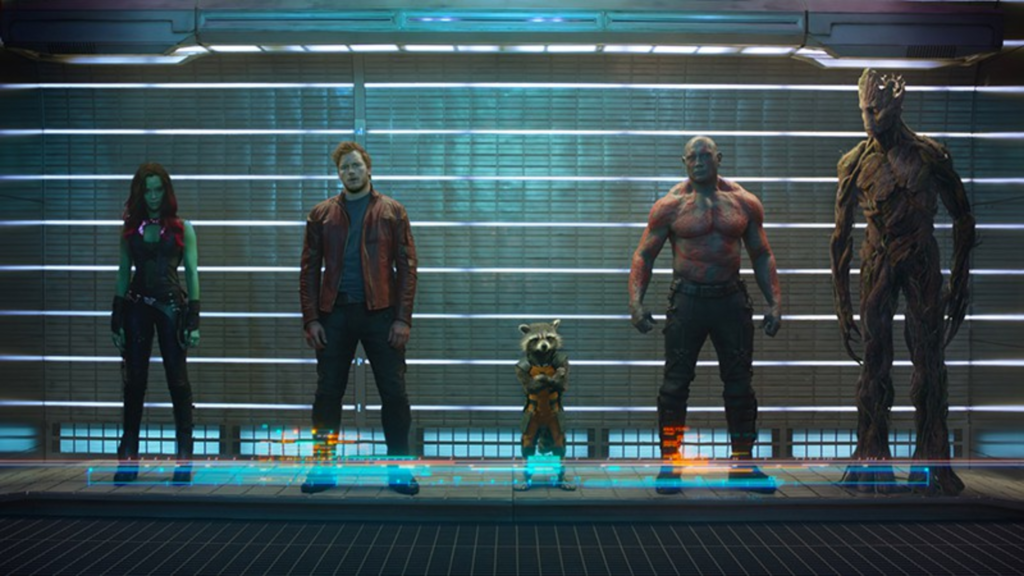 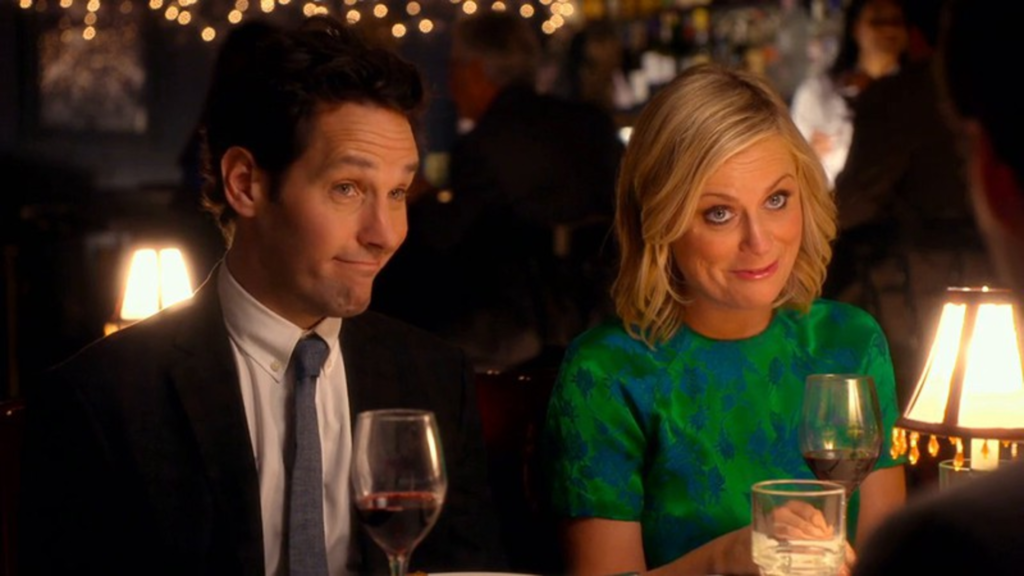 There was a time when tentpoles like Spider-Man, X-Men and Godzilla would dominate the hot summer months. But those blockbusters already premiered in May, taking in as much box office as possible, then getting the hell out of the way lest they be steamrolled by the juggernaut that is the Summer of Kelsey Grammer. The erstwhile Dr. Frasier Crane appears in both Transformers: Age of Extinction and The Expendables 3. Kansas City filmgoers, kneel before your new celluloid god.

Disney reboots Sleeping Beauty in live action, from the villain’s POV, with some origin story stirred into the cauldron and a shrewdly cast Angelina Jolie in the title role.

A Million Ways to Die in the West

Doc Hollywood meets Local Hero in this tale of a down-at-heels Canadian harbor town that can secure a new factory if it can woo a doctor to hang his shingle there. It could be the feel-good socialized-medicine sleeper of the summer.

James McAvoy stars as a corrupt, hard-drinking Edinburgh police detective whose personal life and sanity begin to unravel as he competes for a promotion and works a high-profile murder investigation. From Trainspotting writer Irvine Welsh.

Groundhog Day meets Source Code in this tale pitting futuristic soldiers against aliens over and over, until the soldiers finally get it right. Starring running Tom Cruise, Tom Cruise’s “intense” face, and Emily Blunt.

The Fault in Our Stars

The first unapologetic weepie of the summer, based on John Green’s acclaimed YA novel. Shailene Woodley and Ansel Elgort (no, really) fight cancer, find out about the world and fall in love.

Everything happens to Donna (Saturday Night Live alumna Jenny Slate), an aspiring stand-up comic who in one fell swoop finds herself dumped, fired and pregnant, and must rise to meet the challenges of adulthood.

For No Good Reason (KC)

This documentary explores the art and life of Ralph Steadman, the mild-mannered, soft-spoken Brit whose distinct style and vivid, nightmarish illustrations became synonymous with the writings of gonzo journalist Hunter S. Thompson.

Mike Myers directs this documentary about the ultimate Hollywood insider, a beloved talent manager who has guided the careers of an astounding who’s who of actors and musicians.

The Case Against 8 (Limited)

This documentary explores the battle to overturn California’s anti–gay marriage measure, Proposition 8, led by the unlikely pair of lawyers who argued the case before the U.S. Supreme Court.

Undercover cops Jonah Hill and Channing Tatum graduate to college, where one hopes they’ll at least blend in better.

How to Train Your Dragon 2

Five years after uniting the Vikings and the dragons on their home island, Hiccup and Toothless find themselves at the center of a battle with Drago Bludvist, who controls his own army of enslaved dragons.

A computer hacker lures three road-tripping college students to a mysterious desert location. After everything goes black, one of the students wakes to a living nightmare, presided over by Laurence Fishburne in a hazmat suit.

The cast of Think Like a Man (Won?) reunites for a Las Vegas wedding, though the bachelor and bachelorette parties appear to drive the plot, while Kevin Hart controls the volume.

The story of Frankie Valli and the Four Seasons, based on the Broadway musical and directed by Clint Eastwood.

As he prepares his next production, a theater director (Mathieu Amalric) is bewitched, bothered and bewildered by a persuasive actress (Emmanuelle Seigner) bidding for a role. Is it an audition … or madness? Roman Polanski directs.

Bug fixes in Version 4.0 include an upgrade from Shia LaBeouf to Mark Wahlberg.

The Internet’s Own Boy (Limited)

The story of programming wunderkind, Reddit co-founder and information activist Aaron Swartz, who took his own life after a two-year legal battle surrounding his arrest for downloading academic articles.

They Came Together (Limited)

Laid off and cheated on, a desperate woman (Melissa McCarthy) robs a fast-food joint, then goes on the lam with her hard-drinking grandma (Susan Sarandon — why not?). McCarthy co-writes with husband Ben Falcone, who also directs.

Super 8 meets E.T. in this tale of a group of kids investigating mysterious happenings at a nearby construction site.

Deliver Us From Evil

Based on a true story — work with us here — a Bronx detective (Eric Bana) investigates a series of crimes whose persons of interest just happen to be demon-possessed.

Dawn of the Planet of the Apes

Led by Caesar (Andy Serkis, the Olivier of motion capture), an army of highly evolved apes is pushed to the brink of war by the human survivors of a deadly virus (Gary Oldman, et al).

And So It Goes

Obnoxious real-estate agent Michael Douglas gets an assist from neighbor Diane Keaton when his granddaughter is suddenly left in his care. Rob Reiner directs. Your parents will probably love it.

A Long Way Down (Limited)

Pierce Brosnan, Toni Collette, Aaron Paul and Imogen Poots co-star in this adaptation of a Nick Hornby novel about four suicidal people who form their own support group after converging on the same rooftop on New Year’s Eve.

Writer-director Richard Linklater and his young star, Ellar Coltrane, spent 12 years filming this tale of a boy’s life, from age 5 to the cusp of adulthood.

Jason Momoa co-writes, directs and stars in this tale of a Native American biker pursued by the FBI for a crime of vengeance as he travels cross-country to spread his murdered mother’s ashes.

Disney’s in-house Pixar knockoff did all right for itself, so naturally they’ve given it the franchise treatment by enlisting air racer Dusty Crophopper (voiced by Dane Cook) into the park service to fight forest fires.

Andy and Lana Wachowski return with another mind-bending F/Xtravaganza, a new tale of destiny and interplanetary chess in which Mila Kunis is The One, Channing Tatum is her lupine protector, and Eddie Redmayne does a trilogy’s worth of overacting in the trailer alone.

Swept up in this year’s purge are a father seeking to avenge his son’s death, a luckless couple experiencing car trouble, and any number of innocents abducted for the amusement of the rich. Expect more sequels; despair for the human condition.

Michael Pitt stars as a biologist whose certainty about science is challenged by a journey to India that may offer spiritual answers to the questions that drive his life’s work.

Cameron Diaz and Jason Segel spice things up and wring as much comedy as they can out of man vs. technology trope No. 23.

The question is not “Was Dwayne Johnson born to play Hercules?” (because yes, obviously) but rather “How will director Brett Ratner screw up this golden opportunity?”

Step Up: All In

This fifth installment features [spoiler alert!] a dance battle. In Vegas, yo.

Wish I Was Here

Zach Braff’s Kickstarter-funded follow-up to Garden State is the story of a 30-something father trying to teach his kids about life, backed by the most earnest indie-rock soundtrack of the summer.

A Most Wanted Man (Limited)

In one of his final performances, Philip Seymour Hoffman stars as a German official collaborating with U.S. agents to track a Chechen immigrant hiding out in Hamburg’s Muslim community.

Guardians of the Galaxy

A ragtag team of space adventurers band together to protect a mysterious and powerful orb from an evil villain. Whatever, Marvel. You had us at “pissed-off, gun-toting cybernetic raccoon.”

Chadwick Boseman dons the cape of the Hardest Working Man in Show Business in this James Brown biopic directed by Tate Taylor (The Help) and co-starring Viola Davis and Octavia Spencer.

A priest (Brendan Gleeson) enters a dark night of the soul after his life is threatened during a confession.

Producer Michael Bay and his short attention span reboot the heroes on the half shell. Ladies, take note: If you’re as pretty as Megan Fox, you can piss off your boss, and the worst that happens is you get relegated to a lesser blockbuster franchise.

Helen Mirren headlines this Oprah-produced tale of an Indian restaurateur who moves his family to a village in France, where he clashes with a Michelin-rated chef. (To clarify: Dame Helen does not portray the Indian restaurateur. She’s good, but she’s no Meryl.)

Drug mule Scarlett Johansson absorbs some of the junk she’s transporting and transforms into an omniscient superhuman badass of epic proportions. From writer-director-producer Luc Besson, of course.

New Girl co-stars Jake Johnson and Damon Wayans Jr. star as friends who attend a costume party as police officers, then let the power go to their heads.

Jeff Bridges and Meryl Streep anchor this adaptation about an idyllic utopian society in which one young man is chosen to experience “memories” of the real world.

As Above, So Below

Young urban archaeologists explore the catacombs beneath Paris, where they encounter their darkest fears and revisit the horrors of their past.

It’s Footloose in Iran, as a group of young people form an underground dance troupe in defiance of the government’s ban on dancing.

The Trip to Italy (Limited)

Steve Coogan, Rob Brydon and their Michael Caine impersonations reteam for a culinary tour of Italy that doesn’t include a single Olive Garden.

The One I Love (Limited)

Elisabeth Moss and Mark Duplass are a couple whose marriage is on the rocks. Ted Danson is their therapist. Expect the Duplass brothers’ brand of awkwardness that dwells in the chasm between comedy and drama.

Daniel Radcliffe and Zoe Kazan circle each other in this will-they-or-won’t-they rom-com about two attractive young people who must deny their chemistry for 102 minutes.

Sin City: A Dame to Kill For

When the Game Stands Tall

Jim Caviezel, Laura Dern and Michael Chiklis star in this Remember the Titans–like true story of a legendary high school football program that discovers its true character after its 151-game winning streak ends.

Chloë Grace Moretz stars as a young music student in love, caught between life and death after a highway accident claims her family.

An ex-CIA operative (Pierce Brosnan) squares off against a former protégé in a high-stakes game involving agency brass and a newly elected Russian president.

A young woman returns home to the bayou to recuperate from a terrible car accident, only to find herself haunted by the tormented spirits of the dead, including her late mother.

Five friends share an apartment for their various affairs and infidelities, like you do. It’s a nifty arrangement until an unknown woman is found murdered there.