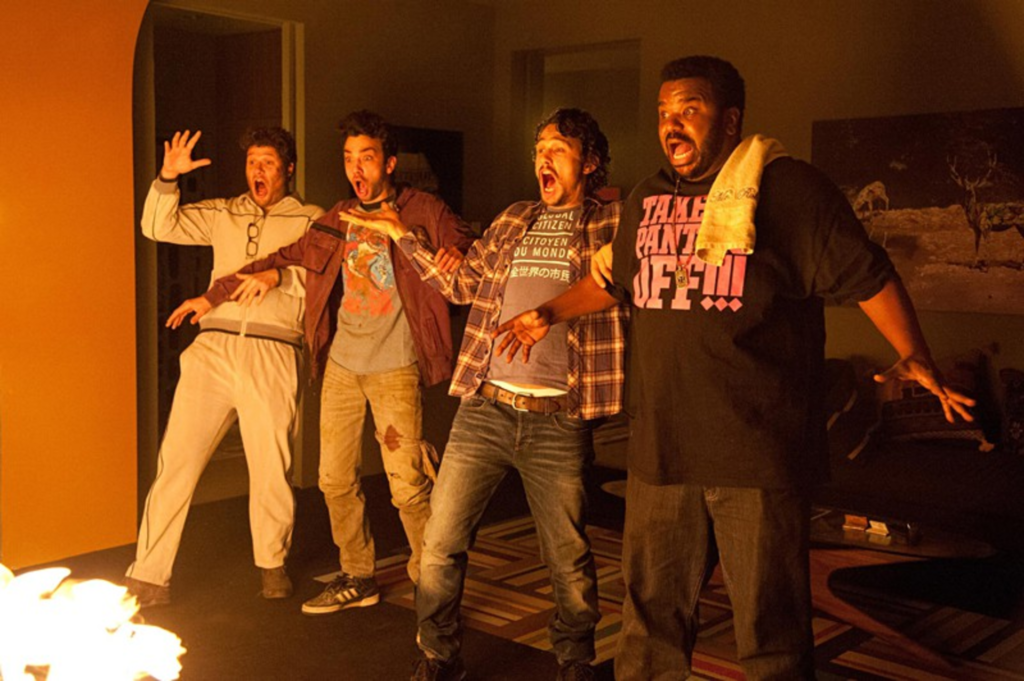 The season of sequels, prequels, franchises, reboots, origin stories, “true” stories and coming-of-age dramedies is now upon us. Both wretched excess and shoestring-budgeted counterprogramming abound. Consider these offerings when plotting your refuge from the heat and humidity or — given the metro’s recent propensity for Mike Thompson–defying meteorological phenomena — the occasional summer snowstorm.

M. Night Shyamalan directs Will Smith and Smith’s sequel, Jaden, as a father and son shipwrecked and alone against the highly evolved elements. It’s 1,000 years after the end of the world as we know it. (And they don’t feel fine.)

Hard times down on the farm strain the relationship between a father and his rebellious son. Dennis Quaid and Zac Efron star.

A 20-something flibbertigibbet struggles with growing up and making her place in the world in this NYC-set indie comedy co-written by star Greta Gerwig and director Noah Baumbach.

Now You See Me

Scatter My Ashes at Bergdorf’s

A mash note to the legendary New York department store, featuring interviews with fashion icons whose careers weren’t complete until their designs made their way to Bergdorf Goodman’s legendary window displays.

Vince Vaughn and Owen Wilson reteam as washed-up salesmen competing for jobs at Google against younger, more tech-savvy interns. Co-written by Vaughn, who also penned Couples Retreat and The Break-Up, so how bad could it possibly be?

This Is the End

No longer content to act like themselves (see: respective filmographies), Seth Rogen, James Franco, Jonah Hill, Jay Baruchel, Danny McBride and Craig Robinson star as themselves in this apocalyptic comedy, the inevitable next step in an evolutionary trend we can blame on Adam Sandler and Judd Apatow.

Ethan Hawke, Julie Delpy and director Richard Linklater close out a romantic trilogy two decades in the making, catching up with Jesse and Celine in Greece, nine years after Jesse missed that plane.

If corporations are people, my friend, then the East is those people’s worst nightmare. It’s Occupy Wall Street with saboteurs instead of drum circles. Brit Marling, Ellen Page and Alexander Skarsgård star.

With 300‘s Zack Snyder directing a script by Dark Knight scribe David S. Goyer, Henry Cavill wears the ‘S’ on his chest and leads a stellar cast in this origin story whose trailers are more epic than Bryan Singer’s 2006 reboot. OK, we’ll bite: Where’s the Kryptonite?

The Kings of Summer

A hit at Sundance, this comedy follows three teenage friends who assert their independence by building a house in the woods and spending their summer living off the land.

Clark Kent isn’t the only one with an origin story, you know. Pixar takes us back to the school days of James P. Sullivan and Mike Wazowski (voiced again by John Goodman and Billy Crystal), because great scarers aren’t born — they matriculate.

Much Ado About Nothing

Comic-Con idol Joss Whedon throws a change-up, assembling a thoroughly modern adaptation of Shakespeare’s comedy about friends who conspire to trick prickly pair Benedick and Beatrice into falling in love.

By-the-book Sandra Bullock and break-the-rules Melissa McCarthy are the odd couple behind the badge in this latest good-cop-bad-cop, buddy-comedy–type thing from Bridesmaids director Paul Feig.

We already saw this movie back in March (the dreadful Olympus Has Fallen). But if we know one thing about WHD director Roland Emmerich, it’s this: That Teutonic sumbitch knows how to blow up the White House. This time, Channing Tatum answers the call to rescue President Jamie Foxx.

With minions and daughters in tow, a kinder, gentler Gru (voiced again by Steve Carell) is recruited by the Anti-Villain League to thwart a new criminal mastermind.

A documentary of the stand-up comic’s 2012 tour, highlighted by his sold-out performance at New York’s Madison Square Garden. Because explaining comedy always makes it funnier.

The Way, Way Back

It’s a sad-but-true commentary on the state of the motion-picture industry: Adam Sandler comedies still turn a profit. Hence, this sequel.

Endowed with incredible speed after a freak accident, a snail sets out to compete in the Indianapolis 500. We’d bet the farm that this animated feature’s entire premise is based on the old joke whose punch line is, “Look at that ‘S’ car go!”

Based on a true story, this thriller stars Patrick Wilson and Vera Farmiga as married paranormal investigators who help a family being terrorized by a demonic force occupying their secluded farmhouse.

Dead cops Jeff Bridges and Ryan Reynolds lay down the law in the afterlife. Watch Bridges leave teeth marks all over the scenery in this adaptation of the popular graphic novel.

Sundance’s 2013 Grand Jury Prize– and Audience Award–winner follows 22-year-old Bay Area resident Oscar Grant, who woke up on December 31, 2008, determined to be a better man, only to conclude his day in an explosive encounter with police officers at the Fruitvale BART station. (limited; Kansas City TBD)

Take Hugh Jackman in his signature nonmusical role. Send him to modern-day Japan. Make him vulnerable. Send samurais after him. We’re optimistic about James Mangold’s direction of a script co-credited to Scott Frank (Minority Report) and Christopher McQuarrie (The Usual Suspects).

It’s all there in the title, isn’t it? Neil Patrick Harris and Hank Azaria return to put a human face on this blue movie.

It’s a game of mouse and mouse when DEA agent Denzel Washington and naval intelligence officer Mark Wahlberg discover that they’ve been pitted against each other by the very organization both men have been stealing from while undercover.

In order to save Camp Half-Blood, their home and training ground, the son of Poseidon and his friends embark on a quest to find the mythical Golden Fleece and repel an ancient evil.

Neill Blomkamp’s follow-up to 2009’s excellent District 9 finds the healthy, wealthy 1 percent inhabiting the titular space station, while the 99 percent suffer on the ravaged Earth below. Matt Damon embarks on a dangerous mission to even the playing field. Sounds like socialism.

As a small-time pot dealer turning big-time smuggler to cancel a debt to his supplier, Jason Sudeikis enlists cynical stripper Jennifer Aniston and two teens to pose as his family and points the RV to Mexico to turn a profitable Fourth of July weekend.

So you killed off batshit-crazy Nicolas Cage in the original? Replace him with batshit-crazy Jim Carrey in the sequel. Problem solved. However, the real draw here continues to be Chloë Grace Moretz’s acid-tongued, ass-kicking Hit Girl.

Cutthroat CEO Gary Oldman rapidly promotes eager young noob Liam Hemsworth from cubicle to corner office, having him spy on rival and onetime mentor Harrison Ford. As the stakes mount higher, the kid grows a brain and a conscience.

The Mortal Instruments: City of Bones

Coveting its own Twilight knockoff, Sony Pictures optioned this property “based on the worldwide best-selling book series,” set in New York City and trading deadpan Kristen Stewart for doe-eyed Lily Collins as a descendant of the Shadowhunters, half-angel warriors protecting our world from demons.

The Shaun of the Dead and Hot Fuzz team (director Edgar Wright, Simon Pegg, Nick Frost et al.) reunite for this action comedy about five pub-crawling friends who discover that their old stamping grounds have been infiltrated by malevolent robots.

To rescue his kidnapped wife, burned-out race-car driver Ethan Hawke teams up with teen hacker Selena Gomez and takes orders from the mysterious voice who’s watching his every move via cameras mounted on his car.

One Direction: This Is Us

Startling factoid about the British pop confection’s 3-D concert film: It was directed by Morgan Spurlock of Super Size Me fame.

Vin Diesel bookends the summer with his other franchise role, the titular intergalactic criminal, who this time fights for survival against lethal alien predators and mercenary bounty hunters on a sun-scorched planet.