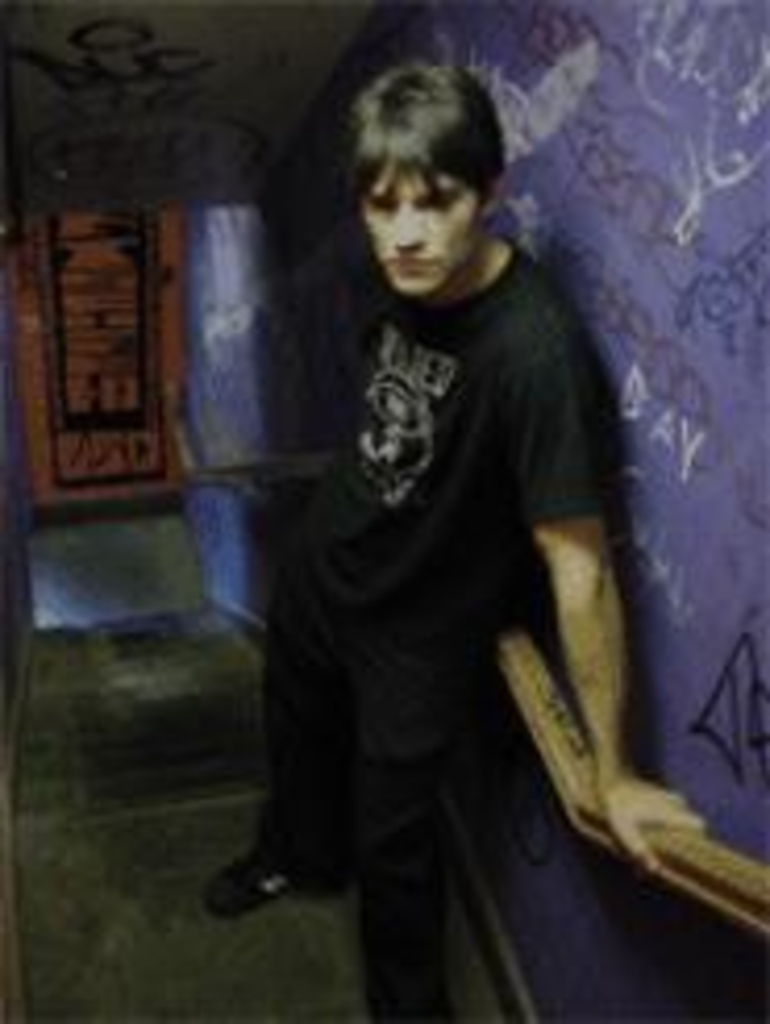 To outsiders, the life of a DJ is a charmed one. These lords of the dance get to spin records, preside over sweat-slickened club floors packed with gyrating bodies, remix classic tracks to make them even more funky, drink Red Bull and vodka at 2 a.m., sleep ’til noon and generally live a life steeped in hip music. But DJs — especially successful ones — experience their fair share of frustration, too.

For one thing, they have to find room for all those records.

“Here’s what I’m doing right now as we speak,” Danny Phillips says through a half-yawn over the phone. “I’m building two more shelves for my records because they are all over the floor. I’ve got too many records and not enough shelves.”

The Kansas City dance-scene veteran better known as DJ P is in the process of building a studio space in his newly purchased home in Las Vegas. Last July, the MGM Grand Casino brought him out to be the resident spin jockey at two of its premier nightclubs, Studio 54 and Tabú.

Phillips has just been informed that his contract has been renewed for another six months, which is welcome news.

“Anything beats Springfield when it comes to playing music,” he tells the Pitch. “At least in Vegas, I can be in the middle of Studio 54 and drop a Method Man record and someone will appreciate it.”

But there is more at stake these days than just steady employment. His signature style, which is equal parts pop-rock nostalgia and hip-hop break beats, has recently blown up.

From the outside, that looks like a good thing, but Phillips and other early practitioners of the infant art form feel frustrated.

“The whole mash-up thing has me burned out,” Phillips says. “Everyone has jumped on the bandwagon, but they’re cheating. They’re using computers and chopping things up so they don’t have to do it live. Most of these kids couldn’t write a beat to save their lives.”

Phillips is a turntable naturalist with a penchant for turning pop hits like Kansas’ “Dust in the Wind” and Cindy Lauper’s “Time After Time” into block-rocking beats. He first caught the national eye when he won the 1999 DMC Regional Championship, the most prestigious competition for up-and-coming DJs. He shocked judges and onlookers with a set that included Tom Petty, Phil Collins and Don Henley — an unusual selection for a hip-hop contest.

Shortly afterward, he teamed up with like-minded West Coast turntablist Z-Trip to release Uneasy Listening, an album that showcased the duo’s most bizarre genre-bending antics.

“We weren’t the first to do it, but we were definitely the ones that threw it out there and hit people with it,” Phillips says.

Only a few thousand copies of Uneasy Listening were pressed, but word of mouth and Internet buzz turned it into a cult classic.

“I haven’t heard anyone take it where we took it,” Zach Sciacca, aka Z-Trip, tells the Pitch. “I feel like we nailed it. We made the decision early not to do a lot of scratching. We wanted people to focus on the actual blending. I think it was successful because it was very bare.”

Despite several attempts to have the album released commercially, it remains available only via furtive download, a refugee product in an age of stringent copyright-infringement laws.

Yet inexplicably, Uneasy Listening wasn’t the mash-up album that made the genre famous. That came later.

In 2004, a few years after Z-Trip and P’s experiment in contraband, DJ Danger Mouse tested the legal waters with a similar idea. His computerized blend, The Grey Album, superimposed the vocal tracks from Jay-Z’s Black Album onto the Beatles’ white album, causing EMI Records to issue cease-and-desist orders to all Web sites that posted the album.

“It was pretty clever, but I don’t consider it anything close to Uneasy Listening,” Phillips says. “We didn’t have to chop up a bunch stuff to make it fit. We let the records ride together. We physically did it by hand, as a turntablist would, and we could actually pull it off live.”

But with the media frenzy that surrounded The Grey Album and the lack of any serious legal repercussions, “bastard pop” took off. Web sites dedicated to the genre spread quickly, and within months, copycat artists had posted their own Jay-Z reinterpretations, using bands such as Pavement, Weezer and Metallica for the backdrop.

“To me, the best blends have always been something familiar with something completely new,” Z-Trip says. “That’s the epitome of what a DJ should be. It’s like the spoonful of sugar metaphor, only with most of these new bottom feeders, it’s all sugar and no medicine. There is a point where pop begins to eat itself.”

“Everything is going digital now, and I hate it,” Phillips says. “My style, the style that I helped to originate and put on the map, has been bitten so hard. I go out there with two raw records, and if the needle skips, I’m screwed.”

In reward for his staying true to hip-hop’s old-school fundamentals, Phillips’ reputation has earned him an opening seat on tours with turntable legends Jazzy Jeff and DJ Premier as well as big name acts 311 and Garbage. His sets are spontaneous, and he displays the stage presence of a rock star.

Along with his precise needlework, Phillips also is a seasoned break dancer who isn’t afraid to show and prove in the middle of a performance. Every Sunday night at Tabú, he gets to show off some of his moves while providing the soundtrack for legendary B-boys like Mr. Freeze (who was in movies such as Wild Style and Flashdance) and Mr. Wiggles (Wild Style and Beat Street).

Employment at the MGM Grand also gives him opportunities to work on new projects. Under contract, he must remain exclusive to the casino, which leaves plenty of time to discover new ways to flip old tunes.

“I’m always trying to find where things fall correctly. I’ll go through 50 or 60 records, trying to blend it with one rock or ’80s track before I’ll even decide which one I’m going to use,” Phillips says.

But, not surprisingly, Phillips tends to have a love-hate relationship with the music he spins. Talking about his latest release, Phillips doesn’t hide his contempt for mainstream radio. “Suck My Mixx is what everyone is doing on computers now, only done right,” he says. “Personally, I think it’s kind of fucking boring. It’s basically all Top 40s, but that’s what people wanted to hear.”

For his next project, which he hopes to release later this year, DJ P plans something different — something he can get behind this time.

“I’ve been playing around with stuff that is really odd,” he says. “This next one is going to have a little bit of everything, from Herbalizer to some down-tempo Beatles stuff to electronic music. Records that I like to hear.”