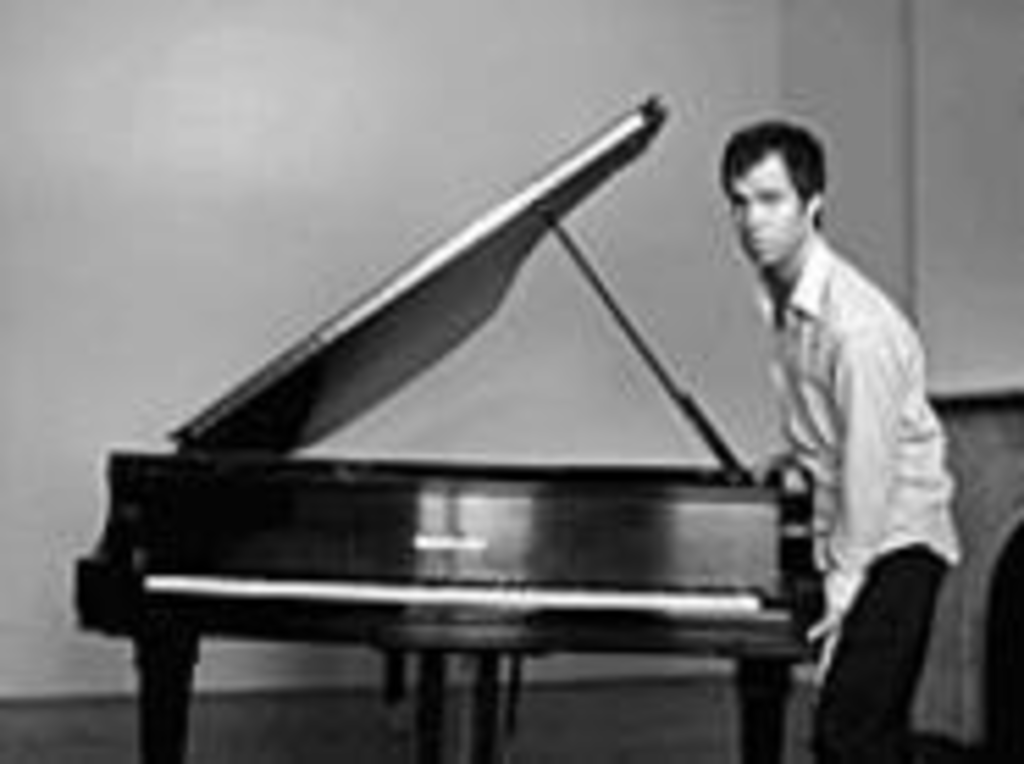 When Ben Folds Five released what turned out to be its swan song, 1999’s The Unauthorized Biography of Reinhold Messner, Ben Folds told Details magazine he wanted the band’s next record to be “the Thriller of modern rock,” a disc packed with “eight hit songs.” Folds’ facility for composing titanic hooks was already evident on the band’s three releases, though the Five had been rewarded with airplay only for the scary-numb “Brick,” an abortion narrative from the boyfriend’s point of view that became a catchy albatross. But the other thing obvious in the band’s output — and in Folds’ “Beat It” boast — was a backslapping, bird-flipping, sometimes own-foot-shooting insistence on unsentimental irony, and the truth is that the next Five disc would likely have continued to veer from the pop mainstream and vent pianist, singer and primary songwriter Folds’ frustration with anything routine — including being in a band at all.

“The song I wrote,” Folds says of the material the Five abandoned when it split up in March 2001, “was called ‘It’s All Right With God.’ It was so bombastic, a choir of people and a computer-toned voice singing ‘it’s all right with God’ really low.” By phone from his home in Adelaide, Australia, Folds explains that the one song each the Five’s bass player Robert Sledge and drummer Darren Jessee contributed to those final sessions were to have been included on a 2001 reissue (since scotched; Folds doesn’t know why) of the group’s second disc, 1997’s Whatever and Ever Amen. But not “God.”

“I didn’t revisit that song,” Folds says. To make last fall’s solo Rockin’ the Suburbs, he mostly started over, redoing the Messner outtake “Carrying Cathy” in a version not far from the Five’s but otherwise sticking to a batch of tunes that wound up almost as thematically connected as those comprising Messner‘s loser popera. Most apparent is that seven of the album’s cast of dissolute — and occasionally dead — characters are named in song titles: Annie, Zak, Sara, Fred Jones, Stan, Lisa and Cathy. Lucretia and Sledge are also name-dropped, and the Japanese edition of Suburbs includes “Hiro’s Song,” a furious, funny account of a karaoke-obsessed Japanese businessman’s unraveling.

Musically, though, what Suburbs‘ songs share is an unabashed structural tightness and thoroughness of sonic detail, largely the result of Folds’ having played and sung all but a handful of the parts himself. Now he’s deconstructing his songs as he follows up a solo album with his first truly solo tour, alone at the piano for a string of U.S. dates.

“I’m learning a lot,” Folds says. “I actually beat up my hands more playing by myself than playing with a band because I have to do more. When I first record something, I want to push the performance. I know I can beat a song up and it will still work because they’re built well. After that, I forget about the song because I’m directing the band. But now I’m hearing them again, and I’d forgotten that they were good enough to play alone, sitting down with no real arrangement or production.”

That’s how Folds initially hammers out songs. The kind of songwriter whose subconscious is constantly bombarded by snippets of impending melody, he says he commits something to tape when it gives him “a chill or an impulse.” (The chills have recently shaken some new songs out of Folds that he hopes to record later this year. “I’m getting ready to make a good record. I never say that,” Folds says.) “I’m a melody person. That’s what I latch on to first, with the sound of the chords developing in my head. I could take inventory of the things that have made themselves up in my head musically. I don’t have to work at the music.

“But lyrics are a pain in the ass,” Folds admits. “I’m a good critic of lyrics, a good reader. I’ll write something that will go with the melody, and it sucks. So I’ll say, ‘I’m not letting this out.’ I’m a real stickler for making the words do as much as I expected the music to do.”

Suburbs‘ lyrics aren’t a radical departure for Folds, who still emphasizes the first-person and whose narrators remain discontent at best. He still picks some easy targets (Fred Durst, unnamed but indisputably present at the bull’s-eye of the album’s title song) and scores in spite of himself (“Suburbs,” atypically aggressive and by far the least melodic song on its parent disc, still earned 59th place in the singles portion of the Village Voice‘s annual Pazz & Jop poll, ahead of Janet Jackson’s “All for You”; the full-length Suburbs tied at No. 48 among albums).

Yet for all Folds’ perceived sarcasm, he’s always aimed his bitterest jabs at his own chin, camouflaging some of the least admirable character flaws this side of the Seinfeld finale — he nails romantic flight most astutely — in deceptively upbeat tunes. That Folds writes funny songs has both found him some of his audience and kept him from being embraced by critics, some of whom regard him as another sad clown, Jonathan Richman with serious chops.

“I’m OK with someone just getting the funny parts,” Folds says. “You can be misunderstood in any walk of life.” But those who write off Folds as a novelty miss the point. He plays a Baldwin, not a Bosendorfer, but Folds’ songs, even the most smirking, arguably are as personal as Tori Amos’.

Even so, “The Luckiest,” a haunting valentine to Folds’ wife that is his most direct number, came as a surprise to fans — and to Folds. Though he says Suburbs is the product of an intentional attempt to write “a relatively conservative album,” coming up with a purely loving closer almost proved too difficult — and not because he couldn’t keep a straight face.

“Michael Stipe said that people in this generation aren’t allowed to write a love song,” Folds explains. “But I was like, fuck it. If I feel that way, why is there something under the sun that’s expressible that you can’t write? So there are plenty of verses [I left out], and because it’s a love song, it’s all cliché.” With two verses written, Folds rejected every idea for a third until he remembered an elderly couple who had lived near him and died within a few days of each other. “That really happened,” Folds says. “That’s what I was looking for to pull everything back into my head. If I’d written the wrong verse, there are so many ways it could have gone wrong.

“I’d been listening to Nat ‘King’ Cole records,” Folds continues, wondering aloud why heartfelt expressions of romantic love have become verboten. “Just the love songs. And I thought, ‘How come that generation didn’t mind giving it up and fucking saying it?'” At this, Creed’s maudlin hit “My Sacrifice” is mentioned as an unfortunate example of someone fucking saying it. “Why’d you have to say that?” Folds says. “Now I’ve got to retire, because I just don’t understand that shit.”