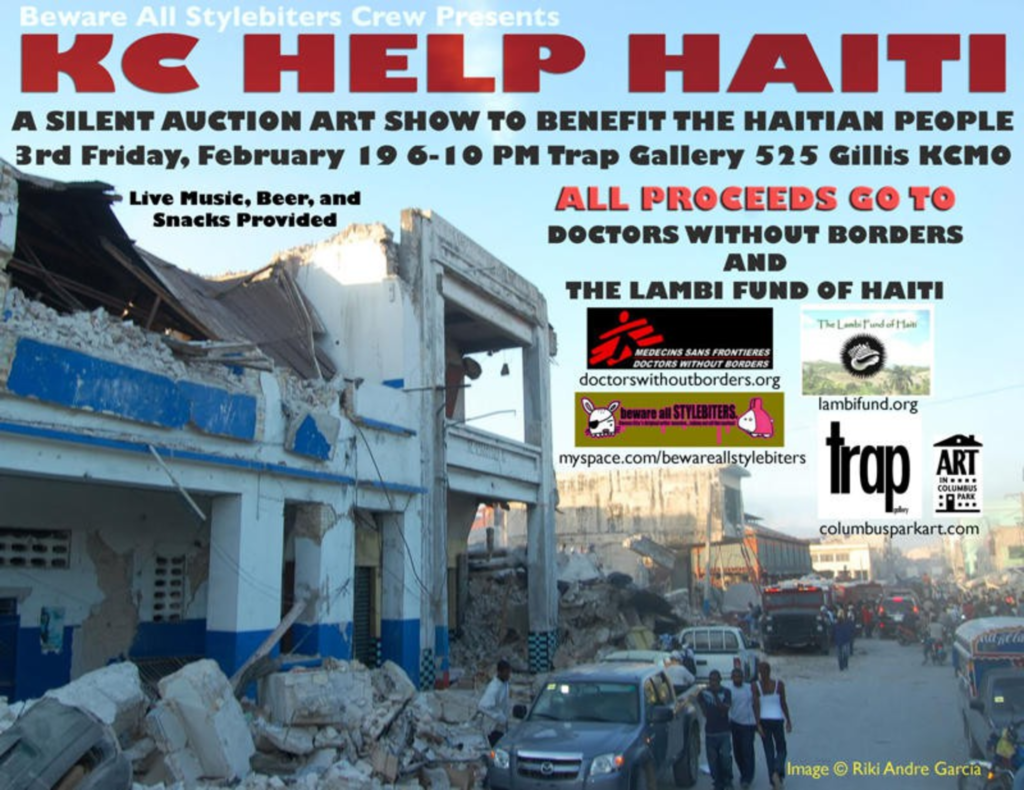 As network news coverage of Haiti dwindles from “near constant” to “occasional,” the human crisis resulting from the earthquakes continues. Shipments of clothes, food and medical supplies are rapidly absorbed by a devastated population. The Beware All Stylebiters Crew, a Kansas City collective of artists, has organized tonight’s KC Help Haiti art show and silent auction from 6 to 10 p.m. at the Trap Gallery in Columbus Park (525 Gillis, 816-510-6557). The auction benefits the venerable Doctors Without Borders and the Lambi Fund of Haiti, a nonprofit that works for economic justice and sustainable development, though its mandate has shifted to humanitarian assistance with the recent catastrophe. The auction is a good opportunity to acquire great, locally produced art while helping the people of Haiti. Featured artists include Matthew Lyman, Rita Brinkerhoff, Matt “Loo” Ruzich, Jeremy McConnell and others. The group promises music by DJ Scherr and DJ Leo Knight, along with snacks and Boulevard beer.