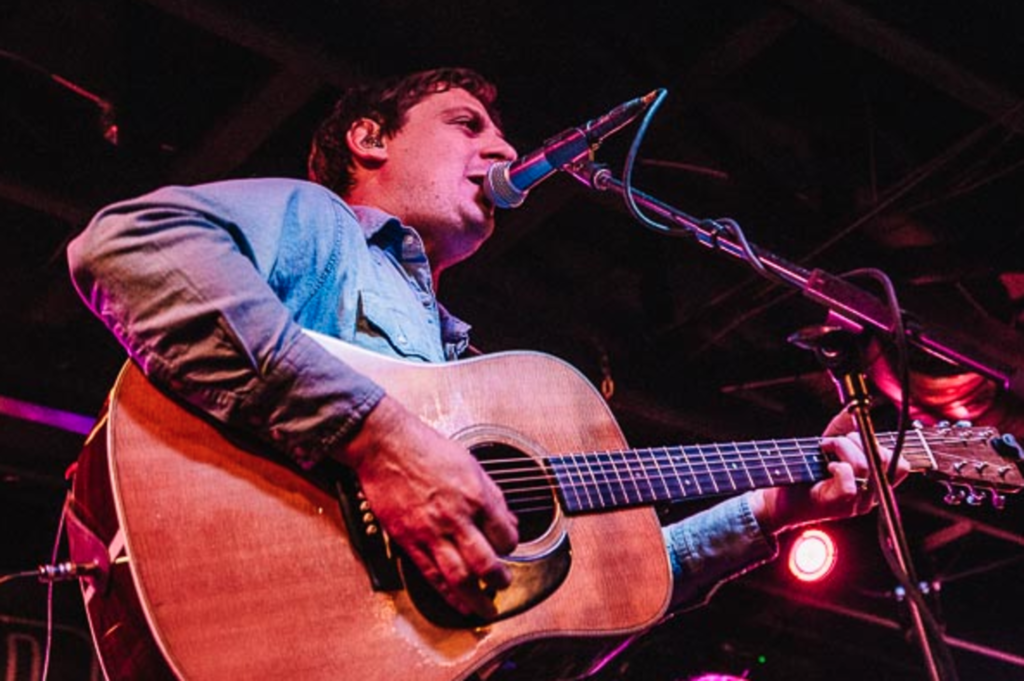 “Nights like this, I almost can’t wait for it to be over,” Knuckleheads owner Frank Hicks told me early last night, as he surveyed – with a trace amount of trepidation – the eager crowd swarming his venue for 36-year-old Sturgill Simpson’s long sold-out concert. Hicks had been fielding calls for weeks about the show. He could have sold another 300 tickets if he’d had the space.

Such is the power and draw of Simpson, the Kentucky singer-songwriter whose March-released Metamodern Sounds in Country Music has gotten a lot of people excited about “true country” again. You know: The era of Waylon, Willie and the boys, back before hit country was reduced to songs about tailgating and cheap beer. 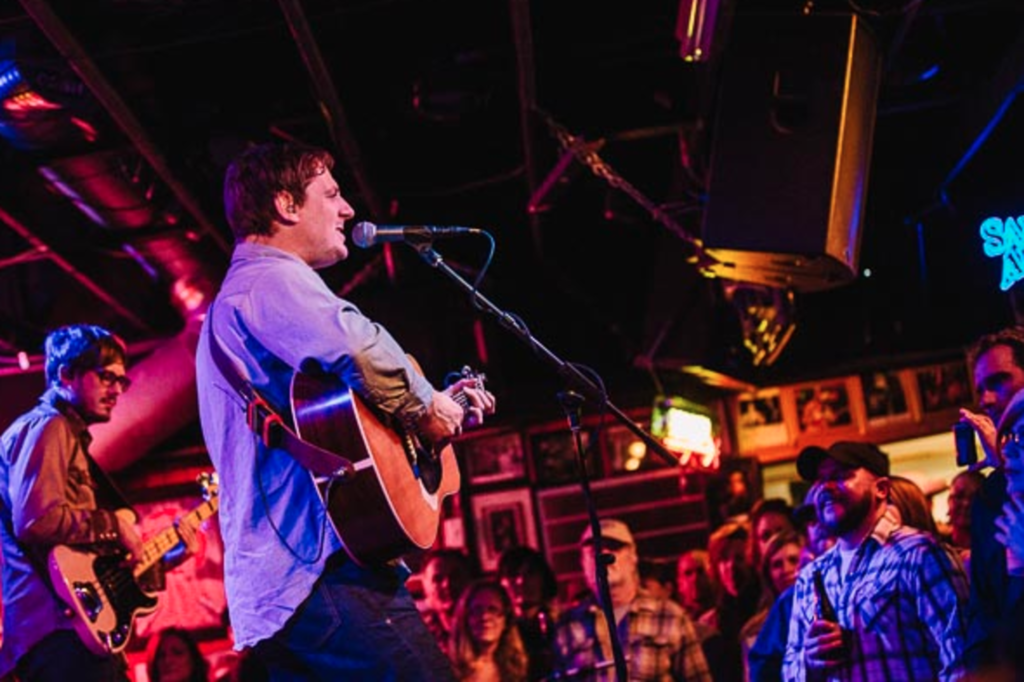 At least, that’s what most Simpson fans will tell you is what draws them to the artist. They’re not lying; Simpson’s voice is as close to Waylon Jennings as you’ll find (even Jennings’ son, Shooter Jennings, agrees), and it’s hard not to agree with enthusiastic claims to his authentic sound.

But Simpson seems to have little interest in presenting himself as the savior of country music, despite what his fans may say about him. He assumed the stage last night without much pomp, sporting a clean shave and fresh haircut, wearing dark denim jeans and sneakers. His band – guitarist Laur Joamets, electric bassist Kevin Black and drummer Miles Miller – looked more the part of the country star than their frontman. And he sped through the first few songs without so much as a “Hello,” the swelling audience eagerly singing along where it could. 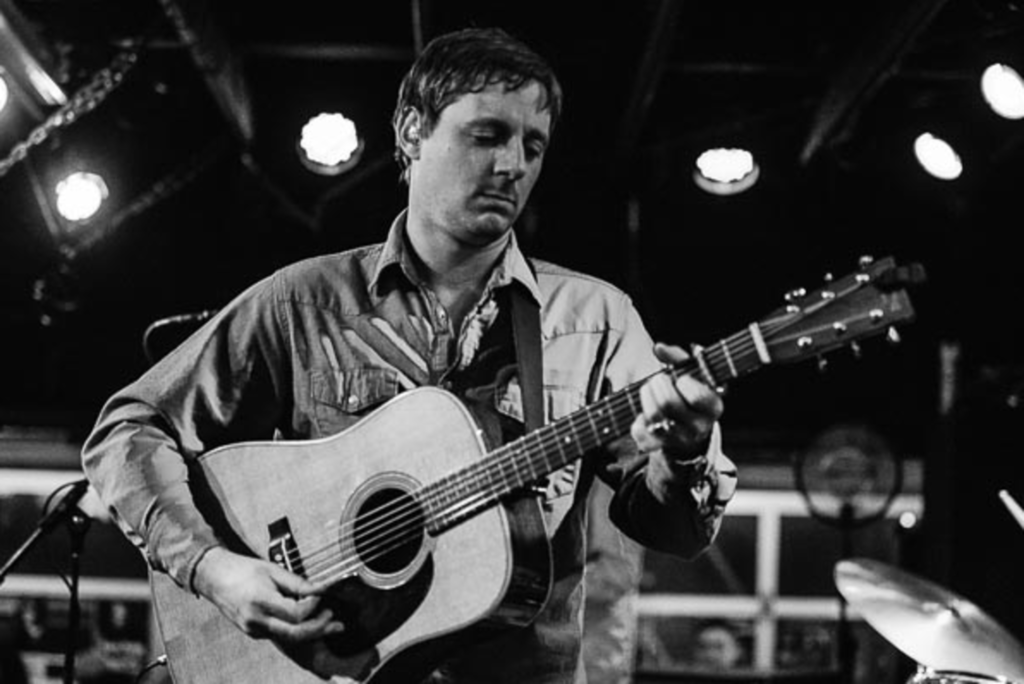 His set was a long one – 21 songs total, with cuts from Metamodern and his excellent debut, 2013’s High Top Mountain, along with some choice covers – and Simpson hardly seemed to pause between them. His banter was minimal, but when he did speak, he was charming and funny.

“It’s nice to be back in proper honky tonk,” Simpson said midway through his set, after the carousing “Life of Sin.” “We’ve been playing some fancy rooms this year, and I don’t really know how to act.”

He seemed perfectly at home at Knuckleheads, though. A cover of the Sunday Drivers’ “Sometimes Wine” led to an extended jam, spearheaded by Estonia-born Joamets, whose molten riffs could slice through diamonds. Joamets, in fact, was the secondary star of last night’s show, giving Simpson’s twangy songs a decidedly gnarly rock edge. This guy – who smiled only when Simpson introduced him as “Lil’ Joe” – was a force to behold, and Simpson took particular joy in letting him shred often and loudly. No one seemed to mind. 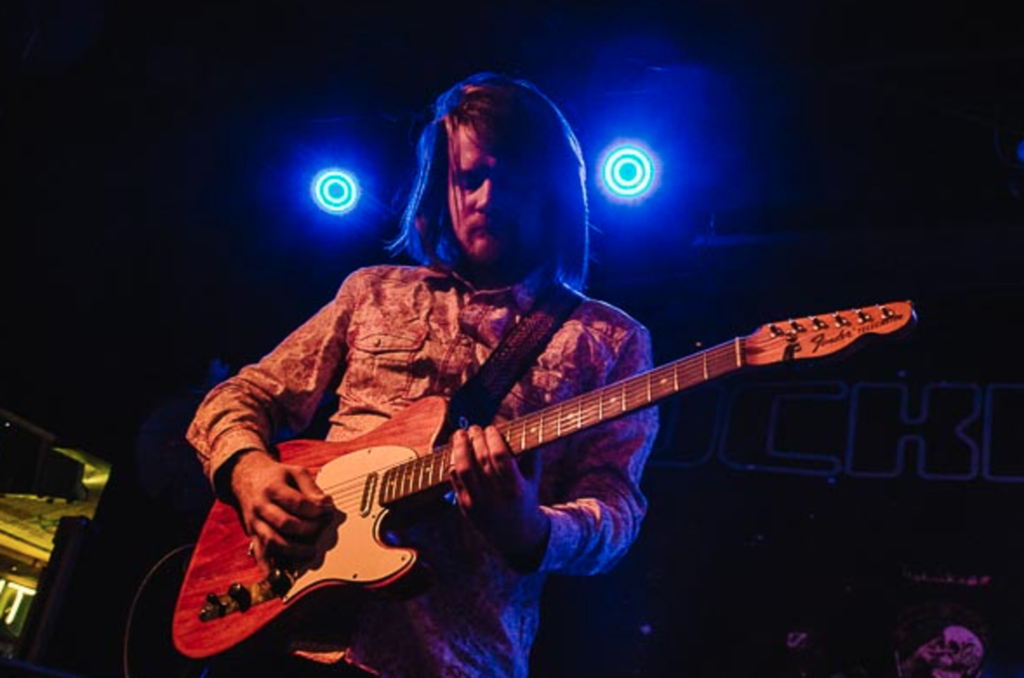 Each time Simpson returned to the microphone, though, we were all reminded of why this artist has managed to garner so much hype in the months since the release of Metamodern. His lyrics seem to have been inspired in equal parts by real life and psychedelic drugs, and Simpson barely parted his lips to get them out, his gruff baritone tumbling out against the odds. As with his songs, Simpson’s stage presence was all in the details, and the crowd drank in the moments where he smiled into a phrase – I don’t need to change my strings, ‘cause the dirt don’t hurt the way I sing, on “Living the Dream” – or shared a wink with Joamets or Black.

Simpson’s ability to blend profundity with a sort of understated Zen extended to his pre-show experience of being briefly stalled by one of the East Bottoms’ frequent trains. He recounted the story late in the set, a sort of introduction to “Railroad of Sin.”

“We had a break before the show to get some sandwiches, and we got stuck watching this train for an hour,” Simpson told his audience. “I worked for Union Pacific Railroad for four years before I went crazy and decided to make music. So we’re sitting there, watching the train, and I had some time to contemplate life, and there was the sign saying we were sold-out, and all I could think was, ‘Man, I’m glad I quit that fuckin’ job.’”

So are we, Sturgill. So are we.

Leftovers: Lucette, from Edmonton, Canada, was a little more somber an artist than most had probably hoped to be opening for Simpson, but she disappointed no one where her talent was concerned. She performed seated at her keyboard, with a cello player at her side for the bulk of her set, and her songs were as dark and haunting as they were lovely to hear. One to watch. 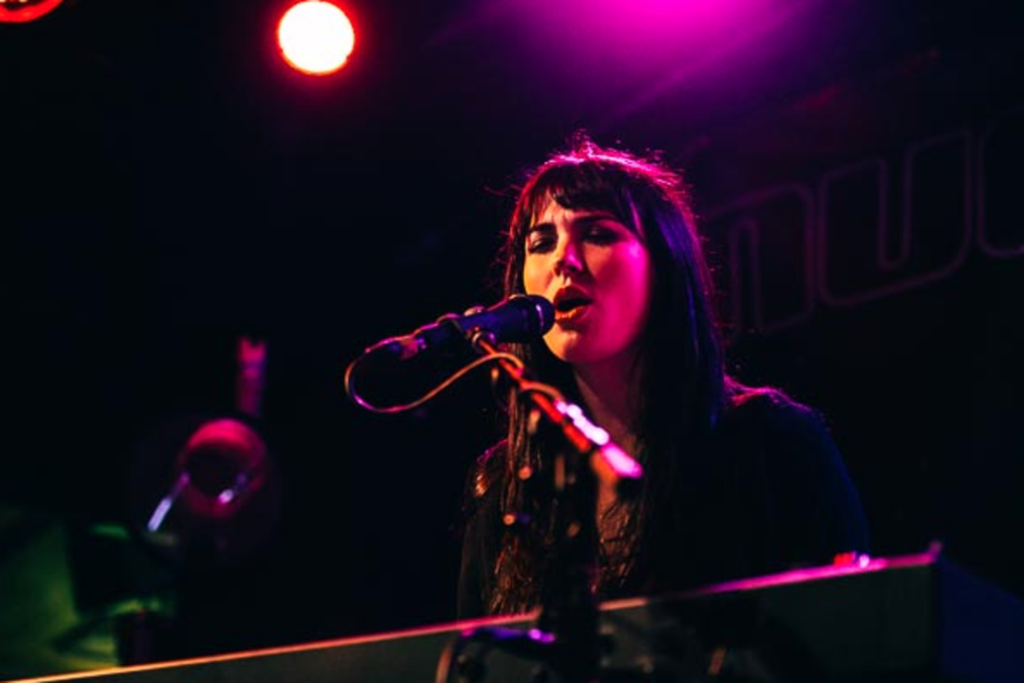 Setlist:
Sitting Here Without You
Water in a Well
Long White Line
Voices
Poor Rambler
Time After All
Medicine Springs (The Stanley Brothers cover)
A Little Light
Living the Dream
Life of Sin
Sad Songs and Waltzes (Willie Nelson cover)
Sometimes Wine (The Sunday Drivers cover)
I Never Go Around Mirrors (Lefty Frizzell cover)
Some Days
It Ain’t All Flowers
The Promise
Railroad of Sin
You Can Have the Crown
Turtles All the Way Down
—
I’d Have to Be Crazy
Listening To The Rain (The Osborne Brothers cover)