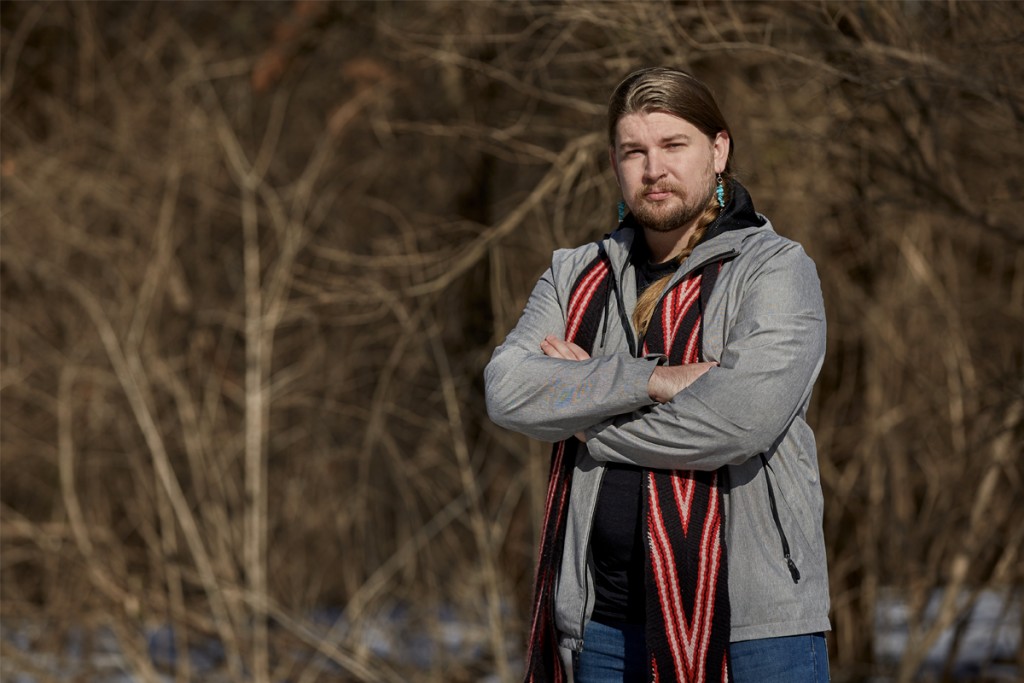 Jared Nally, editor-in-chief of the student-run publication, The Indian Leader, is fighting for his basic journalistic rights after being silenced by his campus president for 90 days.

The Foundation for Individual Rights in Education (FIRE) filed a federal lawsuit against Haskell Indian Nations University and its president, Ronald Graham on behalf of Nally.

In October, Graham issued a directive to Nally forbidding routine news gathering and threatening Nally with disciplinary action for requesting information from government agencies and being disrespectful to community members following articles he published critical of the university.

“Joining our student newspaper gave me a voice, and unfortunately it’s going to take a lawsuit for the university to listen to it,” Nally says to FIRE.“It’s important for student journalists to not only know our rights, but also our role. We exist to hold our university accountable and to inform our fellow students and community. We have a right to press freedom and to share these stories.”

In addition to silencing The Indian Leader, Haskell did not allow the publication to register as a student organization, keeping the student-led newspaper from over $10,000 in funding.

In late October 2020, FIRE, the Native American Journalist Association, and the Student Press Law Center, wrote to Haskell demanding that the president resend his threats against Nally, reminding him that the university can be held financially and personally accountable for impending on freedom of speech and press. Graham did not respond.

Finally, on January 13, after Nally had worked under the threat of disciplinary action for months, FIRE received correspondence from the Bureau of Indian Education, the federal organization which oversees Haskell and is now named as the defendant in the lawsuit. According to the bureau, Graham intended to rescind the directive after receiving FIRE’s initial letter but the undated response was never sent due to an “administrative error”.

In the lawsuit, Nally demands that Haskell Indian Nations University acknowledge the 90 days that himself and The Indian Leader were silenced for, as well as restore the $10,000 in funding that the publication was shorted, allow for the registration as a student organization, and revise the unconstitutional policy on campus speech used to issue the directive.

Haskell claims to protect student’s first amendment rights but only if their speech is consistent with Haskell’s CIRCLE values, which cite “respect and cooperation” in their Institutional Code.

While Haskell may be clear on their code of conduct, the university does not list specific student rights online. Multiple pages on the Haskell Student Rights Office website are filled with place-holder gibberish, indicating the website sits incomplete. 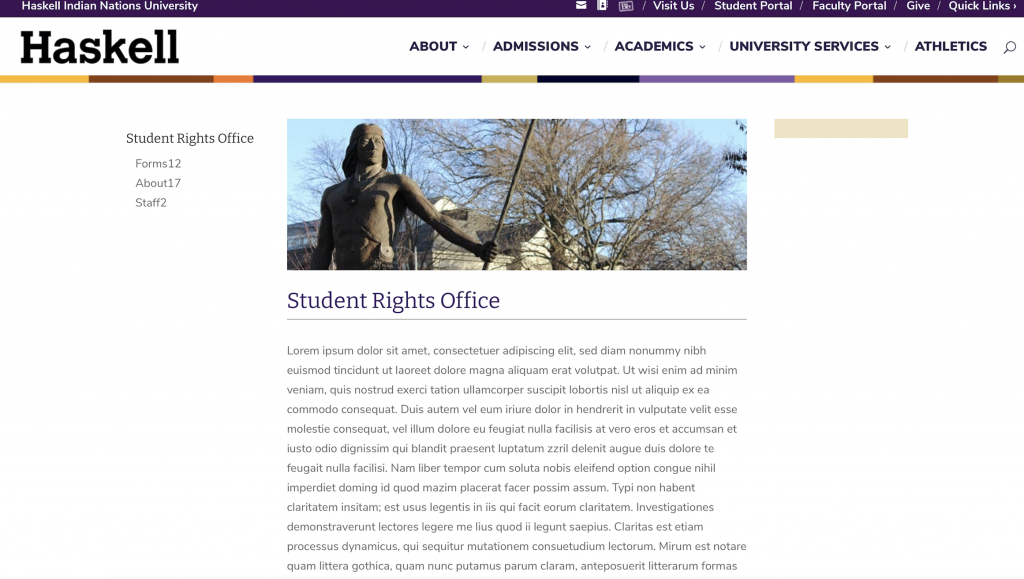 Haskell’s attack on Nally are a nod to the university’s troubled relationship with the student press. In 1988, Haskell temporarily halted the publication of The Indian Leader following its critical coverage. A year later, a faculty advisor pulled editorial control from the student editors, causing multiple editors to sue the university. In 1989, Haskell settled the lawsuit by releasing an agreement that promised not to impose “prior censorship” on The Leader or inhibit student journalist’s free speech, or refuse access to the newspaper’s funding.

Haskell has once again violated this agreement by issuing the directive to Nally.
“History repeats itself, and if a lawsuit is what it took for Haskell to respect student rights in 1989, then a lawsuit is what they’re getting in 2021,” says FIRE Vice President of Litigation Darpana Sheth. “And if they continue to not live up to their obligations under the Constitution, that’s what they’ll get again. FIRE has the time. FIRE has the resources. And FIRE has a mission to defend student rights. We will not stop fighting.”
The lawsuit was filed in affiliation with local counsel, Doug Bonney.
Categories: News
Tags: Darpana Sheth, fire, Haskell Indian Nations University, Jared Nally, Native American Journalist Association, Ronald Graham, Student Press Law Center, The Indian Leader