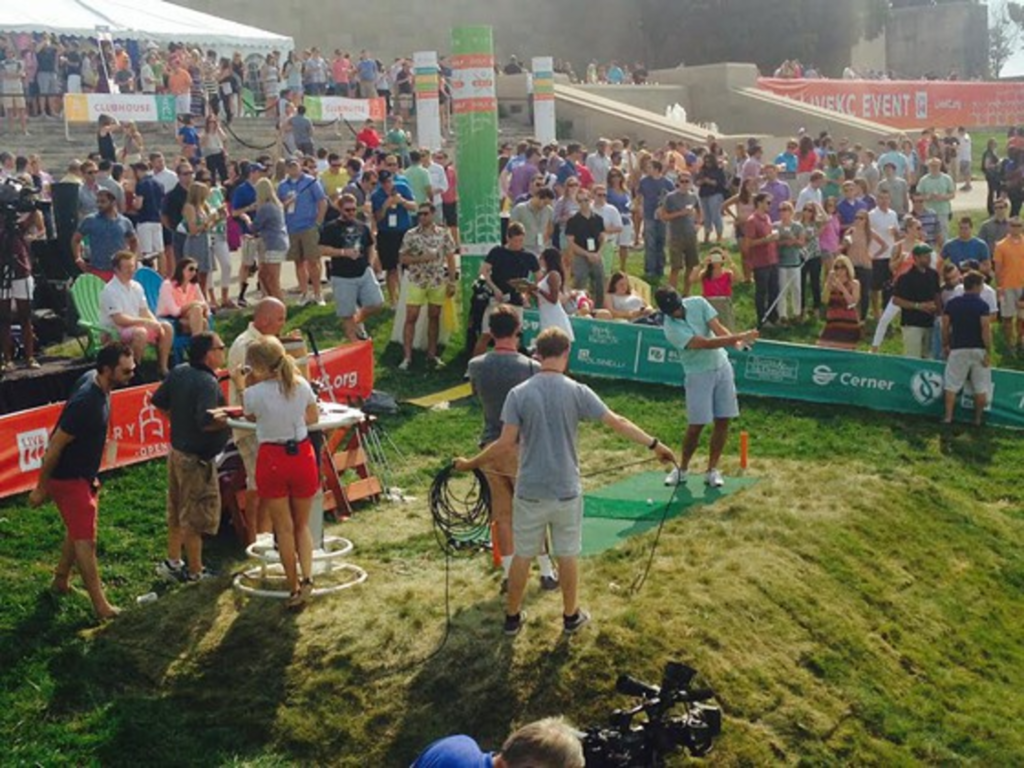 Among the crimes of what we inexactly refer to as the millennial generation — a group I belong to, though just barely — is the misuse and abuse of several words and phrases in the English language. I keep a regularly updated list in my brain of these buzzwords, along with various other tics and affectations. (I know, right? So random.) Persons guilty of such utterances are subject to my silent but semi-permanent scorn.

Here’s an example of a major offender: curate. You made a Spotify playlist and embedded it on a Tumblr page? That’s not just clicking things you like on the Internet — far from it! That’s curation. You invited some people over for dinner and made some hard choices about how to dress the salad, what vegetable to put with the main course and where to pick up dessert? My friend, you may not know it, but you’ve curated that meal. Congratulations and welcome to the creative class.

There’s also pop-up. What ordinary people once called “events” are increasingly labeled pop-ups by their organizers. The original concept had some truth to it: Someone who wanted to put on an event sought out an unused (or unusual) space, in order to avoid the prohibitive costs of owning or renting real estate. But now people just sprinkle “pop-up” in front of whatever they hope to make sound vaguely artsy.

Which brings me to a sentence I’ve put off typing as long as possible: Last Friday, a pop-up country club called Fiery Stick Open, curated by an organization called LiveKC, was held on the north lawn of the Liberty Memorial.

Did I drive from my office, six blocks away, spend 15 minutes searching for a free parking space in a car with no air conditioning, end up parking six blocks away anyway, walk 10 minutes to the entrance, sweat through my shirt entirely, then lurk around this party feeling old and uncomfortable for several hours, all so I could make cheap jokes at the expense of the millennial generation?

To be fair, the tagline for the event was “Not your boss’s country club.” And the “founding partners” of LiveKC are the most powerful shops in town: Sprint, Cerner, DST, Hallmark, Burns & McDonnell, H&R Block, Black & Veatch, JE Dunn. There was also this, from LiveKC’s website:

“We’re about to change this city. We’ve been called overconfident and entitled. But in reality, we’re just misunderstood. Like true millennials, we want it all. We’ll target civic initiatives such as housing, jobs, transportation and entrepreneurship, just to name a few. But first, let’s socialize. Shut down your laptop and join us to expand your living, breathing social network. We will create events, generate buzz, captivate interest and drive millennials to help shape the culture and environment that is Kansas City.”

If I were being a Negative Nancy, I would probably start by noting that all of the corporate sponsors of this party receive wildly generous tax breaks from Kansas City in exchange for “target[ing] civic initiatives.”

Whatever. Why torch an event aimed at keeping young, creative people in Kansas City, rather than following the well-trodden historical path of sticking around for a year or two before setting off for some greater cultural capital, like New York or San Francisco or Chicago? Or Denver or Austin or Portland?

So I didn’t go to Fiery Stick just to mock it. I went because I’m truly curious just what it is that young professionals in Kansas City actually do for a living. I have no idea what I’m going to do once I get fired from this job, and I could use some ideas. I asked people I met last Friday, and here are some of the answers I heard:

Here I will note that I conducted my informal survey as the holder of a $10 general-admission pass. If I’d attempted to expense a $60 pass, I’d have had access to a VIP area with an open bar where, I imagine, I’d have met partygoers with more glamorous job titles.

Perhaps you are interested in what happens at a pop-up country club? This one centered on a 180-yard golf hole installed on the lawn. Throughout the afternoon (the party went from 3 to 8 p.m.), select attendees were permitted to swing for a hole-in-one, with the chance of winning $1 million. Some Sporting KC players — Graham Zusi, Matt Besler, Dom Dwyer — gave it a shot, as did several employees of large local companies. I noticed that the MCs — KSHB Channel 41 news anchor Jadiann Thompson and some other guy — did not grant much silence to the golfers, even midswing. This presumably pleased whatever insurance company was on the hook for the big money.

Down on the other end of the lawn, a wedding band called Lost Wax played Michael Jackson and Justin Timberlake covers on a stage facing away from where the crowd had congregated. Their performances were also frequently interrupted by the booming MC voices up by the tee. A rough gig. They seemed to be handling it OK.

The other draw of the event was what the organizers termed “competitive leisure sports.” That meant a badminton net; a croquet court; bocce ball; bags; and a life-size beer-pong setup, with dodge balls and wastebaskets instead of pingpong balls and red Solo cups. If I had friends, I would totally have jumped in line for the life-size beer pong.

The best thing I saw was a cardboard, life-size, Halls-sponsored cutout for you to poke your face through and Instagram yourself in. It had 5,000 likes and a comment that said “OverHalled at the FIERY STICK OPEN.” What is it to be OverHalled? Will anyone ever know?

The event picked up around 5 p.m., when the yo-pros who couldn’t cut out of work early started to trickle in. By 6:30, I had walked somewhere in the neighborhood of three miles around the grounds, and I looked like a cartoon of a man wandering in a desert. When I returned to my car, it occurred to me that it was on the same street where I used to park for a terrible data-entry job I had after college, back in 2005. I did that job for a year and then split for Chicago — I wanted to live in a cooler city, with access to more culture.

Would being able to walk to a party like Fiery Stick after work have made me more likely to hang around Kansas City? Probably not. But it couldn’t have hurt to feel like there were people my age doing things besides going to the Plaza and attempting conversation with people who were there with friends from high school or college. In that regard, it’s hard to call events like Fiery Stick anything besides a success — even if I’ve been aged out of the party.