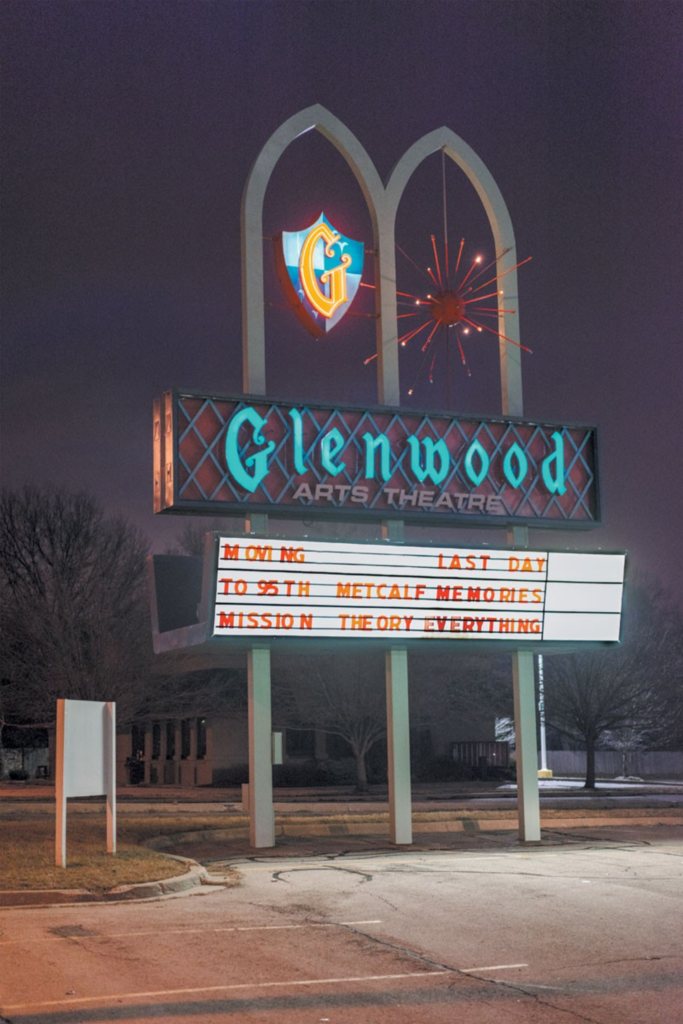 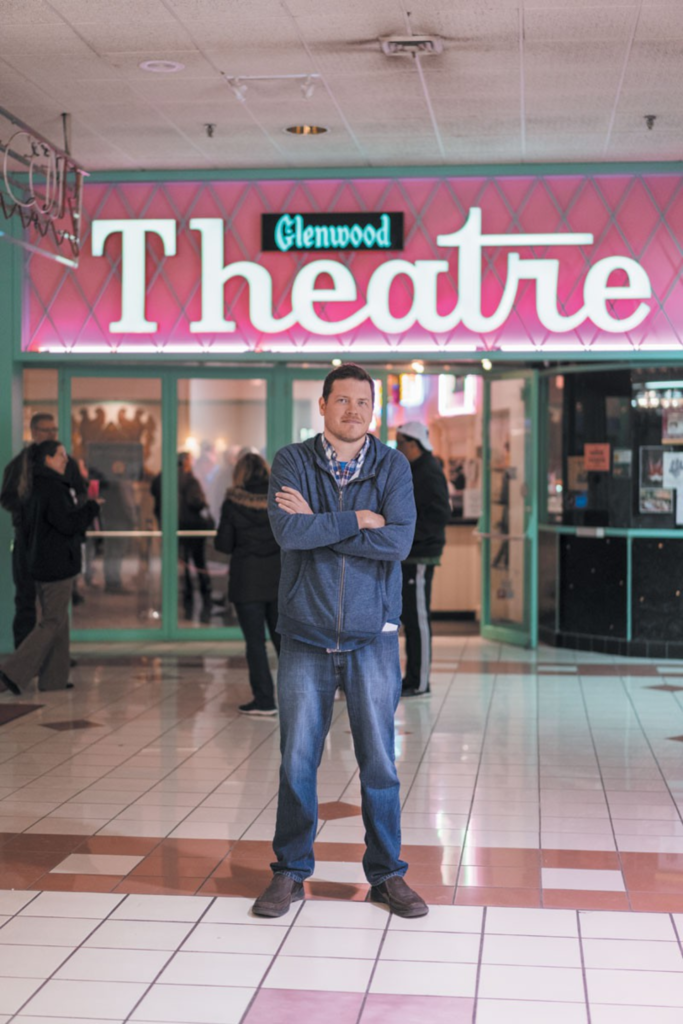 They’re packing up the projectors and the popcorn popper over at the Glenwood Arts. But it’s not all bad news. The owners of that movie theater, Brian and Ben Mossman and Wade Williams, also operate the Rio in Overland Park and a multiplex in Leawood (in the space that was once home to the Ranch Mart cinema), and they’ve already changed the latter theater’s name to the Glenwood Arts. It will play art-house titles alongside the more commercial fare that has been typical there. Independent film lives on in Johnson County, at least for now.

Still, sentimental Kansas Citians could be forgiven for mourning the Glenwood Arts. It was open just 12 years, but its tangled history includes elements that date back a half-century. The Glenwood Arts paid a certain homage to the old Glenwood Theatre, crown jewel of the Kansas-based Dickinson Theater chain. The original Glenwood Theatre, at 91st Street and Metcalf, was built for $500,000 and opened in 1966. It featured a Gothic dome, from which an enormous Italian crystal chandelier hung; a wood-burning fireplace; luxurious-for-its-day seating; and a sign that loomed over Metcalf’s passing traffic.

The theater fell into disrepair, changed hands and eventually closed in 2000, the building bulldozed to make room for a strip mall. By then, the Mossmans and Williams had bought up many of the Glenwood’s vintage fixtures and furnishings, including the iconic sign. Those items ended up four blocks up the road, at what had been another Dickinson property, the Metcalf Theatre, inside Metcalf South mall.

“It [the Metcalf] was a first-run movie house in the ’70s and ’80s, then it became a dollar house, which is typically the last hurrah for theaters,” Brian Mossman told me last week. “It closed sometime in the mid-90s and sat empty for five years. Then we bought it and fixed it up and opened it as a first-run art-house theater in 2002. We put some of the original Glenwood stuff in here — seats, the old fireplace, a counter — along with some other stuff we rescued from different old theaters. And the Glenwood sign, of course — I spent $30,000 having that sign restored. It was a bit of a fight with the [Overland Park] City Council to allow us to erect that sign, since it’s so big. But it passed by a vote, and we put it up.” (The sign will be hauled off soon, but it’s not going up at the new Glenwood Arts.)

Metcalf South mall, which has maintained a vaguely post-apocalyptic presence in its neighborhood for many years now, was bought by Lane4 Property Group and the Kroenke Group (owned by billionaire Wal-Mart heirs) last February. The mall formally closed in September, though the theater continued to operate. Glenwood Arts’ lease expired back in 2008, and it had been month-to-month ever since. “We’ve known for a long time this day was coming,” Brian Mossman said.

Besides a sleepy Sears (open because that company owns its portion of the building), the Glenwood Arts was the mall’s last holdout. Now it, too, is gone. Fittingly, though, the final movie that screened at the theater this past Sunday, January 25, reminded its audience about the life and death of mall culture. Metcalf South Memories, a mockumentary by local filmmaker W. David Keith, was scheduled to play at 5:30 p.m. That showing sold out, so a 2:45 p.m. screening was added. When that one also sold out, a 12:10 p.m. show was included as well.

Keith, who is 36 and grew up in Overland Park, was a mall kid.

“I shopped for comic books at Clint’s South — that was the first comic-book store I ever went to,” Keith told me on Sunday. “I saw Back to the Future at the Metcalf Theatre. Then it became a dollar theater when I was in middle school.”

He always knew that he wanted Metcalf South Memories to screen at the Glenwood Arts, but he had to rush his editing once word came down that the space was due for its curtain call.

The film itself is a goofy ode to Metcalf South, with cartoonish characters, wearing dated outfits and reflecting on the glory days of the mall (the ’80s and early ’90s, in Keith’s telling). Keith shot it inside Metcalf South during its nearly dead final weeks last fall, and it’s that backdrop that’s most absorbing: an empty fountain where shoppers once tossed wished-upon pennies, the legible residue of a Steve’s Shoes sign, an empty Mr. Bulky’s with steel security shutters forever guarding its entrance.

It seemed only natural, after the movie let out, to venture around to the other side of the building and get a final, up-close look at the spots memorialized in Metcalf South Memories. Several press releases from Lane4 were taped to the locked doors, informing the general public that the mall was closed and that Lane4 was “currently conducting feasibility studies and talking to potential tenants with the goal of zeroing in on a plan that is realistic and exciting for the community.” No one’s going to make a documentary about that, tongue-in-cheek or otherwise.

A few doors down, decals on the window of a shuttered ground-floor restaurant called Thailand Café promised “outstanding Thai cuisine” and karaoke on Fridays and Saturdays: “Dress to impress. Proper attire required. This is a smoking establishment.” It was hard not to wonder about those mid-aughts karaoke nights. Who will tell those stories?

Yes. But Sunday was not the day to push cold logic up against the warmth of old memories. It was a day to embrace the pull of a specific and legitimately lived-in past.

“I love to observe the older couples and imagine they’ve been watching movies here since they were our age,” Amber Rodriguez told me. She will always remember the Glenwood Arts — she and her now-wife, Gabrielle, had their first date there two years ago. (They saw The Perks of Being a Wallflower.) She went on: “There’s a certain enchantment about connecting to the past that can set the tone for a magical evening. Every time we go, I’m transported to a simpler time.”

They’ll have to find some new old place to go to now.