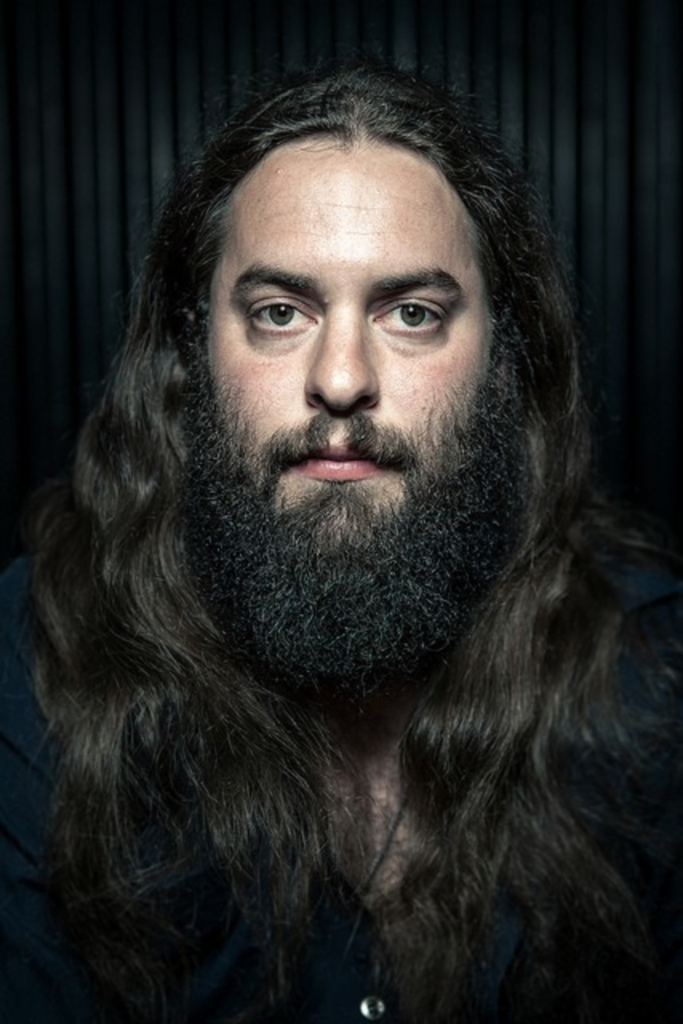 Strand of Oaks’ Timothy Showalter has never been a confessional songwriter. His 2010 album, Pope Killdragon, was a sort of sci-fi creation, featuring his story of Dan Aykroyd avenging the death of the late John Belushi. But the process for his newest record, Heal, has been different. Influenced by a personal realization that he (in the lyrics of “Goshen ’97”) had become “fat, drunk and mean,” Showalter began to change his life. He wrote a record about it. And then a terrible Christmas Day car accident involving two semi trucks changed him even further.

Ahead of his Friday-night show at the Riot Room (along with country troubadour Christopher Denny), we called up Showalter to talk about that accident and how it impacted the songs on Heal.

The Pitch: You were born in Goshen, Indiana. Tell me about what it was like growing up there.

Showalter: It’s the northernmost, central part of the state. It’s a small, very nice town, but it was lacking in a lot of music things, so it was kind of like scrounging for scraps for being a kid that was interested in culture and interested in music. I think it really developed me as a person because I had to work so hard. I knew I wanted something bigger, finding out about music and records. The ability just to find one record to be that light, through whatever kind of awkward teenage years. I loved growing up there, but it was kind of inevitable that I would leave. I left Goshen when I graduated high school and moved to the Philadelphia area. I’ve been there for about the last 15 years.

It’s been noted that Jason Molina was a big influence on you. What were some of the other records that you were attached to growing up?

I remember very early on I found Jeff Buckley’s Grace. I feel like he is an alien, or an angel. Probably an angel – someone who should not have existed on this planet, to make so much beauty. And such a singular force. It was such an inspiration to me. And then from Jeff Buckley, I found an interview he did, and he mentioned Leonard Cohen and he mentioned Nick Drake, and his father, Tim Buckley, and that led me down a new path of discovering what he liked. That’s kind of how I worked, these spiderwebs of listening. Through Smashing Pumpkins you get Black Sabbath and the Pixies, and Fugazi, and just digging deeper and deeper. It was such a fun journey, and you can only really do it once. You can only hear your favorite record for the first time once. I’m still to this day on that hunt, trying to find new records, and things that inspire me.

The first song on Heal, “Goshen ’97,” paints such a vivid image to me of you sitting in your basement as a kid listening to music. I wonder if people have this experience anymore of finding music, and delving in.

Yeah, you wonder if it’s still as special. I think every year there’s probably a 16-year-old just like me who listens to Neutral Milk Hotel for the first time, and it changes his life. My only issue is that it’s so accessible. You have tens of thousands of songs at your fingertips. Do you appreciate them as much? Is it something that can move you, or does it just decrease your attention span? Do you just put it on shuffle?

Let’s talk about your new record. Could you start by telling me about the car accident that you suffered last winter?

Oh man. I had, like, the best Christmas ever. My grandma, who is getting a little bit older, we were all able to get together for this communal gathering of my family. We got there Christmas Eve, and my wife and I, we left back to Philadelphia on Christmas Day, and we hit a patch of black ice and spun many, many times on the highway, somehow getting from the eastbound lanes to the westbound lanes. A semi-truck at that same time was passing another semi going about 70 miles an hour, and both semis broadsided us at the same time. We were in a small Honda.

I only have recollection of that because it’s what the police report said. I hit my head right when we started spinning, so I don’t really remember what happened. I do remember that my wife and I were not panicking. No screaming – we were not reacting violently to it. We were calm. That still gives me shivers about it, because we just kind of told each other “It’s okay.” I hit my head, all my ribs were broken, and I was very beat up by it. My wife broke her ankle because she was trying to hit the brake so hard.

It was such a culminating thing, as I had already written the record. The record was finished, so it’s not like the car accident influenced the lyrical content of the record, but it really influenced the soul of the record because we finished mixing it afterwards. I feel like there was a sense of urgency. Also, there was a feeling of “Well, it can all go away that fast. We need to take advantage of that.”

So if the lyrics were done and the album was written, did it change the style at all of the musicianship?

Yeah, very much so. Especially the mixing process. It has a lot to do with how you want people to experience the record sonically. It really went more from a vibe-oriented reverb record to a harsher, no-holds-barred kind of sound that it has currently. We removed a lot of things that were almost creating distractions from what you’re hearing and what I actually meant. We broke down those walls and just allowed for whatever. There is no barrier anymore. It’s almost uncomfortable for me to listen to, but I know that’s how it should be.

I have ideal locations where I would like people to hear the record, and the car is one of them. You can turn it as loud as you want to, especially if you’re alone, and kind of shut out the rest of the world. That’s where I love listening to records the most, on long drives.

Was there a specific incident that prompted this change in your life?

I think it was multiple, multiple incidents. It was a house of cards, where one small thing created a massive tumbling effect, and at this point I can’t really pinpoint what caused the breakdown of who I was, and changing into who I am now. It was a – it’s still hard to explain. I just got sick of who I was. Mistakes I kept making. I kept mistreating people, and mistreating myself. I just didn’t want to do it anymore. Part of it was just making this record, to be honest. And to force myself into being honest about writing these songs. It was necessary for me to do.

What made you write it in such a direct way, rather than maybe couch some of this stuff in metaphor?

I wonder that myself. I think I got home from a tour, and I hadn’t really written a song in two years, and the person I wrote with, the title track is, ‘Heal.’ It just came out, without really much thought. I had the title right away, and a lot of times I take the title and it proves to be this kind of lighthouse, or guiding point. Then the songs just came so fast. They came so fast that I don’t remember where I was when I wrote them.

Had you ever had that experience before?

No, not really. I think I’d written songs relatively fast before but I’m a victim of heavy editing. I was over-editing. I would write a song, and it would be like a live wire, a visceral experience. Then I would go back and keep changing little bits, continually not satisfied. For Heal, whatever happened in the beginning really didn’t change throughout the course of making the record.

It feels kind of amazing that you wrote the record and then had this physical healing that went along with it. It’s a weird synchronicity.

Yeah. I really hope for the next record it doesn’t have to be a car accident. I hope it’s like a nice trip to the Florida Keys, and margaritas. I’m really anticipating and hoping for some calm, but like every other experience in my life, you can be hurt by it or damaged by it, or you can make something productive with it. That’s why I’m glad I’m a musician. I can be productive with pain, instead of letting it just fester.

Strand of Oaks, with Christopher Denny, at the Riot Room on Friday, August 22. Details here.