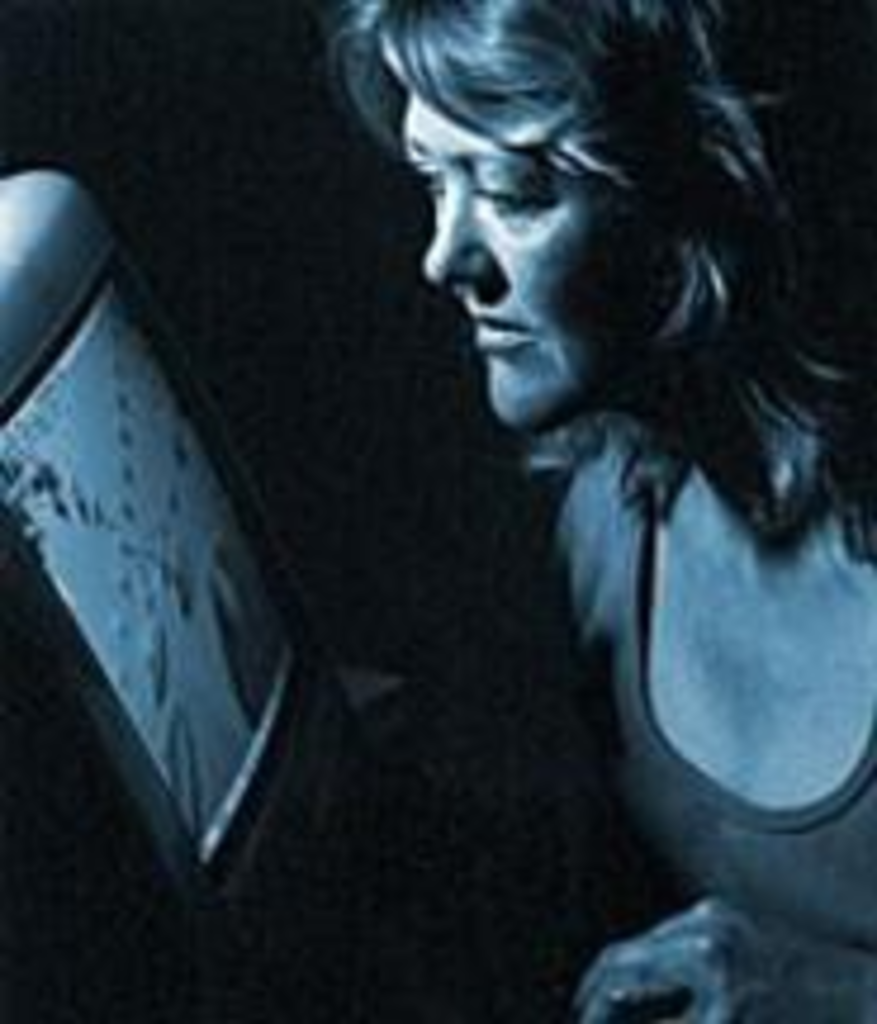 The buzz about the Unicorn Theatre’s season premiere, Paula Vogel’s Hot ‘n’ Throbbing, has focused almost exclusively on the John Waters-like premise: a suburban soccer mom sidelights as a pornographic-film writer. While it may get people in the door, that setup is merely that — a prelude to kisses so twisted that some may be revulsed. “Remember when they used to do musicals?” sighed a longtime Unicorn supporter as the house lights came up.

Indeed, Hot ‘n’ Throbbing may be the darkest show the Unicorn’s ever staged; it makes the bisexual serial killer of Unidentified Human Remains look like the Avon lady. Vogel says in the program, “I worry that there is no longer a place for audiences to come to a civic space — the theatre — to confront the disturbing questions of our time. I remain scared of the dark — scared of our darkness — and I seek a communal light in … our theatres.” Director Cynthia Levin holds that light on cast members who become funhouse mirrors reflecting the harsh rays right back in our eyes.

Charlene (Jan Rogge) is fretting over a deadline. She needs 40 pages of her latest Gyno Productions opus and she’s stuck at 27, dodging interference from her teenagers, Leslie Ann (Erin Shelton) and Calvin (Michael Fisher). The kids remind you of that political adage about how we get the public officials we deserve: It’s no different with spawn. The daughter’s a tart and the son a loner; she’s the personification of a nymphet and he’s the prototype of a porn house patron in the making. Mom is none the wiser, and her mixed messages provoke in each the opposite of the desired behavior. “It’s not pornography,” Charlene insists to her children, who would mock her career if she were a nun. “It’s adult entertainment.” Let’s all say in unison with Leslie Ann: “Whatever.”

Yet another diversion knocks at the door. Her ex-husband, Clyde (Scott Cordes), shows up to protest the recent restraining order placed on his head. But Charlene’s protestations go unheeded; she ends up popping off a bullet and giving him a flesh wound across his left butt cheek. He’s a drunk and a crybaby, and Charlene’s instinctual response is to nurture the man she legally seeks to avoid. It’s mistake number 500 in a life riddled with them.

Serving as a Greek chorus on either side of the stage are Cinnamon Schultz as an exotic dancer (her pole is like an exoskeleton) and Jeffrey Eugene Harrison as a lurking presence in black. It’s High Noon in the red-light district of the mind. They play Charlene’s conscience while helping along the playwright’s guided instructions to make the play cinematic. “CUT TO: EXTERIOR,” Schultz often says, bringing the story in and out of Charlene’s living room.

Some may ask of Charlene’s deceptively exotic profession, “But where we do we go from here?” And in the last half hour, the answer arrives somewhere in hell. All that Charlene and Clyde have done to create a family and then destroy each other is graphically and uncompromisingly played out. If Charlene has convinced herself that what she’s writing is feminist and empowering, she’s the victim of her fantasies. Every way in which sex begets violence branches off like diseased limbs from this gossamer lie. She’s spun this web, and caught in its beautiful geometry are unfortunate carcasses.

Levin’s direction is doubly interesting, giving us a play that’s purposefully theatrical yet suffused with tricks of the cinema. Some scenes are reminiscent of choppy editing done very well — a perfect example being Woody Allen’s work in Husbands and Wives — and there are wipes and retakes. If only pornography could be as finely constructed. This illusion of conjoined media is greatly enhanced by Jeffrey Cady’s lighting and David Kiehl’s sound design, which fails him only in that the amplification of the choruses isn’t reciprocal. Schultz is clear and concise, but some of Harrison’s commentary is indecipherable, as if he has a microphone too close to his lips. Atif Rome’s steeply raked set is caged in on the east and west by Plexiglas booths and on the north by a sliding glass door — all these clean surfaces and still no one is immune.

The combined 50 or so years of acting experience exhibited by Rogge, Cordes, and Schultz inadvertently showcase the relative inexperience of Shelton, Fisher, and Harrison. Unless you’re prone to blaming victims, Cordes is the villain of the piece yet gives Clyde some semblance of humanity. It makes the epilogue all the more horrifying.