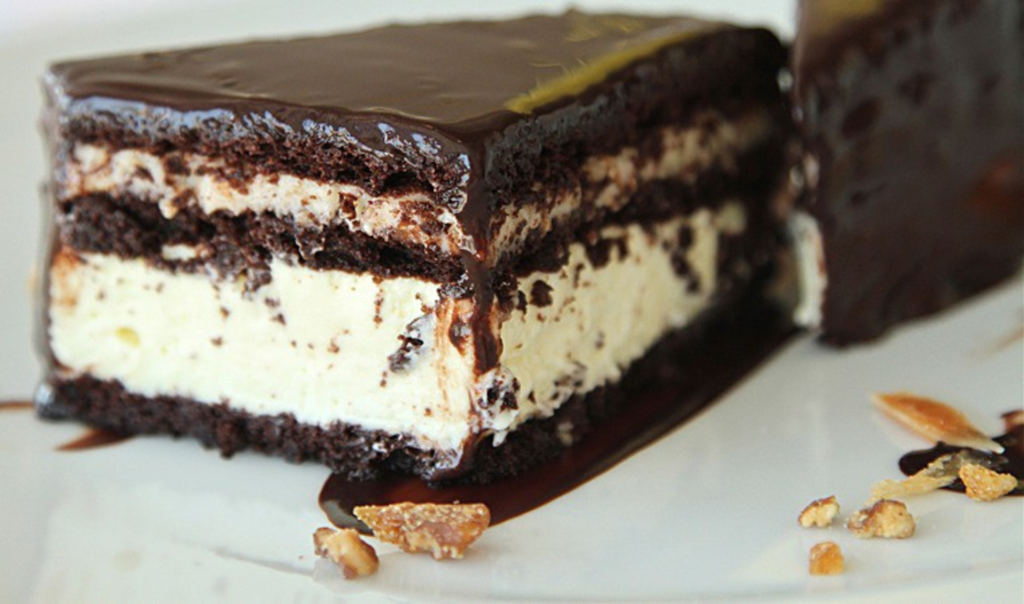 You can’t usually tell a book by its cover, but in the case of one-month-old Story restaurant, in Prairie Village, you might make a pretty accurate snap judgment about the place just by peering inside. The windows tell the story: white, sheer curtains pulled back to reveal tables cloaked in starched linens, set with shiny glassware and a single fresh flower. There’s a line of black upholstered banquettes on the west wall of this cool, colorless box, all dramatically lighted, adding to the handsome starkness of the dining room

Chef Carl Thorne-Thomsen and his wife, Susan, have taken a former retail storefront in the Prairie Village Shopping Center and transformed it into a stylish and expensive little bistro. Story follows in the tradition of earlier boutique restaurants in Kansas City that opened with great dazzle and had the average life span of a hot Broadway play (or, in the case of the late Café Allegro, a long-running musical — say, The Lion King).

In the restaurant’s first few weeks, the usual suspects came to pronounce judgment: wealthy lawyers and physicians escorting willowy, taut-skinned wives. None of them dressed up for the occasion; Story isn’t a formal restaurant, despite its exquisite service, a tasteful wine list (mostly American vintages) and an imaginative menu. I made the mistake of calling the restaurant “elegant” when I described the place to a society matron. She lifted one carefully plucked eyebrow: “Elegant? It’s in Prairie Village.” She chuckled, as if the restaurant were some boozy roadhouse in the back 40.

If some of the customers at Story seem lifted straight out of an Edith Wharton novel, Carl Thorne-Thomsen (who once was a creative-writing student in Wichita State University’s MFA program) finds inspiration from a more varied array of sources. One is clearly his former boss, Michael Smith, under whom Thorne-Thomsen worked at both 40 Sardines and Smith’s namesake restaurant. Another is the beauty of nature: The glass panels that are used as dividers in the dining area are screen-printed with photos of birch branches from his grandfather’s Wisconsin home.

The plates here are as beautifully composed as a garden: a foie gras terrine, creamy as cake frosting, is positioned on a white plate with a Wassily Kandinsky-like arrangement of roasted beets, sliced almonds, a streak of bacon honey, and a jumble of brioche crostini. And there may be no soup in Kansas City that matches the Zen-like composition of Story’s English pea soup. It’s a glorious, brothy (not creamy) concoction of vegetable stock (a base of simmered pea pods), chopped green peas, carrots, onion, potatoes and garlic that becomes a sexy jade-green with the addition of a subtle tarragon salsa verde. It’s accessorized with two pork meatballs or, for vegetarian diners, two fried rice arancini balls.

Those arancini balls aren’t listed on the menu, which at first glance is a vegetarian-unfriendly list. There are no meatless entrées here, though the kitchen staff will make something if you call in advance. My friend Bonnie made the call before we dined at Story — she gave no names or limitations — and we were served a satisfying bowl of meaty porcini mushrooms sauteed with gnocchi dumplings and various chopped vegetables. It was visually bland but very tasty.

The servers also suggest creating a full vegetarian meal by ordering double portions of the two meatless starters: a divine risotto primavera with spinach and pecorino cheese (and asparagus, on the night I tasted it) or pillows of ravioli stuffed with a house-made white cheese, parsley and morels.

The latter dish was disturbingly salty; I could finish just one of the pasta pillows before pushing the plate away. But it was the only oversalted dish that night from a chef who doesn’t permit salt shakers on his tables (the servers will bring them on request) and serves his bread with a square of soft, unsalted butter sprinkled with a pinch of gray sea salt, for effect more than taste.

“I haven’t heard any complaints about saltiness,” Thorne-Thomsen told me later. “It’s usually the opposite. People want things saltier.”

And in Kansas City, you have to give people what they want, which may require a little embellishment at Story. The roasted strip steak that I ordered on my second visit to the restaurant was described by the servers as potato-and-short-rib croquettes, which evokes something more complicated than this dish’s roasted short ribs with braised swiss chard and hollandaise. Our server did an excellent job of explaining that a lamb “crepinette” (which sounds like something one buys for an infant’s nursery) was lamb tenderloin wrapped in house-made lamb sausage, served with crunchy olive falafel balls and a smoky roasted mole.

The fish at Story needs far less explanation, except to say that it might be the restaurant’s marquee attraction. The Pacific halibut was delectably moist and drizzled with a smooth lobster butter, and the rainbow trout was delicate and nearly perfect, with an evanescent crispness complemented by a splash of lemon-jalapeño vinaigrette and mashed potatoes. A pale-pink hunk of Pacific king salmon was beautiful to look at but slightly dry the day I ordered it. It arrived perched on something that was described on the menu as a “crab fritter” but was actually a flaccid flapjack.

Among the desserts — the collaboration of Thorne-Thomson and pastry chef Nikki Perez — was the most unusual and delicious spin on German chocolate cake I’ve ever eaten. It was an extraordinary dark-chocolate cake, made with Callebaut cocoa powder instead of the traditional mahogany baker’s sweet chocolate. In lieu of the expected sticky coconut-pecan frosting, the airy layers were separated by a light white-chocolate-and-coconut mousse filling, under a shiny chocolate glaze.

So far, according to Thorne-Thomsen, only one customer has balked at the restaurant’s version of a chocolate mousse. The patron was angry not to see a whipped-chocolate confection in a glass goblet, which other restaurants (and buffets) serve. My friend Bob was a bit taken aback by the dessert himself, but after a bite, he fell in love with Story’s sweet version. Thorne-Thomsen and Perez’s dish looked a bit like oversized Kit Kat bars, with the mousse spread onto a pralinelike feuilletine crust and sliced into bars, served with cherries simmered in port and a scoop of fresh coffee ice cream. It was hard to cut but easy to savor.

The sorbets are house-made as well, as are the marble-sized fried-batter “doughnuts,” which drip with vanilla cream and salted caramel.

The service is as polished as the heavy flatware. A couple of the waitstaff also work at Starker’s, which is a solid recommendation, and everyone is impressively knowledgeable about the intricacies of Thorne-Thomsen’s menu. The chef has said his ingredients are the story behind Story, and his servers have memorized the tale well.

Anyone eating here may hear more stories than just the chef’s. With so many hard surfaces in the room, it’s a noisy place, especially on weekends. It’s easy to raise your voice to compete with the din, and sound bounces out of control. Each time I dined here, I heard fascinating snippets of conversation. My ears particularly perked up when I heard the name of a friend of mine being bandied about. I strained to hear the details, but the monologist got all sotto voce when it came time to reveal the most scandalous plot points. Not that it mattered. I already knew the ending of that story.